Limited edition 911 Speedster model to be added to 997 lineup 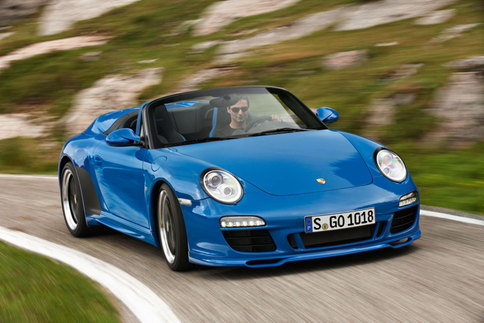 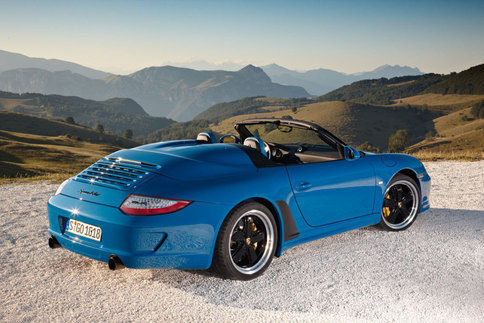 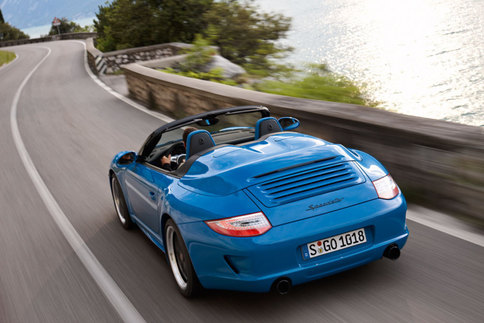 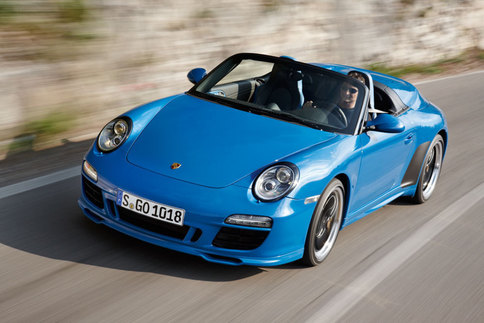 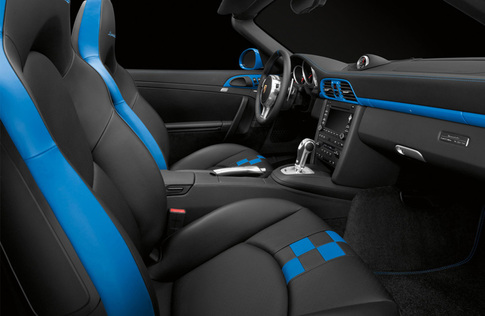 Porsche announced today that it would release yet another 997 model, the 2011 911 Speedster, not even a week after the company announced the new Carrera GTS (basically a widebodied 997 Carrera S with the Powerkit 3.8), and within a year since the 911 Sport Classic was announced.

The 997, it would seem, is on its way out. In addition to the increasing amount of next-gen 911 spottings, including at least one in San Francisco, it’s only natural that Porsche is wringing out the 997 for all it’s worth.

The original 356 Speedsters were simpler, lighter, and cheaper than their coupe and cabriolet counterparts when sold new, but this new Speedster is more expensive than any standard Carrera and it has a lot of extra equipment. “Living up to the Porsche Exclusive standard, the 911 Speedster features almost all optional equipment of the 911 series and its appeal also comes from its meticulously hand-finished interior in black smooth-finish leather with numerous exterior color painted details exclusive to the Speedster,” Porsche says.

In a rather egregious break from 356 Speedster tradition, if you want one of the 100 997 Speedsters allotted for the U.S., it will cost just over $200,000. That money could be used to buy two Carreras and there would still be a lot left over.

Like the 356 Speedster and the 911 Speedsters that came before it — the 1989 911 Speedster based on the then-current 911 and the 1994 964-based Speedster — it will feature a lower windscreen, this time by 60 mm. It will also get a bulbous double-bubble rear end with two humps hiding the soft top usually visible on normal Cabriolets. The top, in true Speedster fashion, will be manual.

In line with the majority of 1989 911 Speedsters the 997 will receive a wide body rear end, although unlike said earlier model, it will not be offered with a narrow body.

The Powerkit 3.8 seen in the Sport Classic and Carrera GTS will also be used in the Speedster. With ported-and-polished cylinder heads and a more complex and efficient variable-resonance intake manifold featuring six vacuum-controlled tuning flaps, power is up from 385 hp to 408 hp, while torque remains 310 lb-ft. The torque comes in 200 rpm earlier, however, at 4200 rpm. The 3.8 with the Powerkit is no less efficient than the standard 3.8, Porsche says. Fuel economy should be comparable to the regular Carrera S models at around 19 mpg city/27 mpg highway.

Those wishing for simplicity may be disappointed to learn that the Speedster will only be offered with the seven-speed, dual-clutch PDK transmission with a limited-slip differential. Porsche Active Suspension Management (PASM) and Porsche Ceramic Composite Brakes (PCCB) will also be standard.

Porsche says that it has enhanced safety in the Speedster and improved upon the rollover protection system standard in all open-top Porsches, technology we suspect will be incorporated in the next 911.

The car comes standard in a color developed specifically for this car: “Pure Blue.” The car can also be ordered in “Carrara White” upon request. The headlight coverings are tinted and black headlight rings surround them. The windscreen, too, receives the black treatment along its border. To further differentiate the Speedster from Carreras, its front spoiler, side skirts, and rear apron are all unique to the Speedster.

Look for it at the Paris Motor Show in early October.