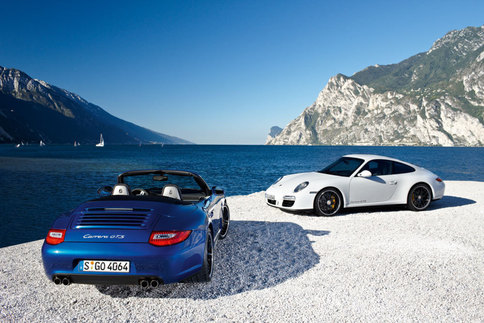 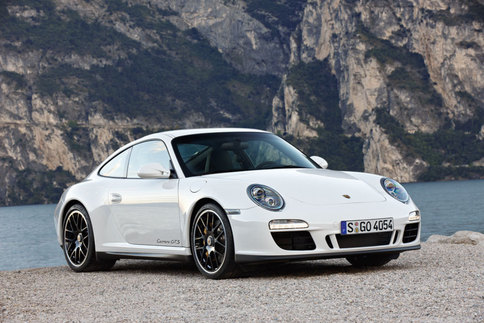 The Carrera GTS coupe will be priced at $103,100. Photo courtesy Porsche 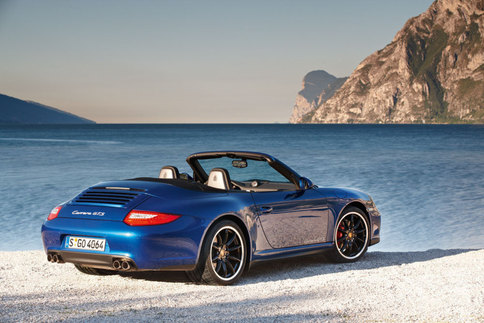 The Cabriolet will be priced at $112,900. Photo courtesy Porsche 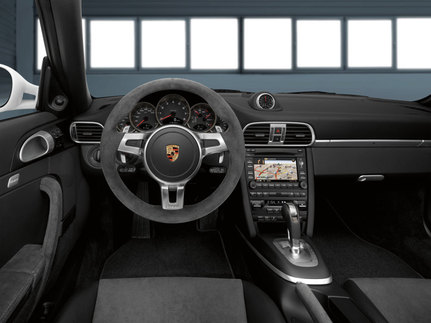 The interior will be swathed in black Alcantara. Photo courtesy Porsche 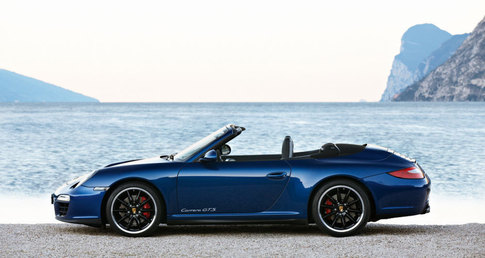 Porsche announced yet another model in the Carrera line today, the range-topping Carrera GTS, and it will be offered in both coupe and Cabriolet form

The previously 17-strong 2011 997 lineup has now jumped to 19 with the addition of the two GTS models. But before you dismiss them as a marketing move in the already saturated model line, take a look at some of the specifications: 408 horsepower from a 3.8-liter flat six, which Porsche claims will retain the standard Carrera S’s fuel consumption rate of 19 mpg city/27 mpg highway; Carrera 4S widebody with rear-wheel drive architecture; lightweight, 19-inch, centerlock wheels; sport exhaust system with twin dual-tipped tailpipes; black Alcantara used wherever the driver and passenger will come in direct contact with the interior.

The GTS is visually distinguished from lesser Carreras and Carrera 4Ss by a SportDesign front apron with a black lip spoiler, a styling cue continued around the car with unique sideskirts of the same color. The tailpipes and the the lower bumper section in which they sit are also painted black. The Carrera GTS logo is present on the front lower sections of the doors and on the engine lid. Black Alcantara covers the rim of the new SportDesign three-spoke steering wheel.

The 3.8-liter engine receives its extra power thanks to the sport exhaust and a resonance intake manifold utilizing six vacuum-controlled tuning flaps compared to the standard Carrera S’s one. This is the same Powerkit 3.8 used in the recent 911 Sport Classic. The flaps change geometry at different rpm to optimize power and torque. Torque peaks at 310 lb-ft as in the standard 3.8-liter unit, but it comes in 200 rpm earlier at 4200 rpm, and power is raised to 408 hp.

Porsche claims that the top speed for the manual-transmission Carrera GTS is 190 mph, while a GTS equipped with a seven-speed PDK transmission with Sport Chrono Package Plus will do 0—60 in 4.0 seconds. This latter figure seems conservative since Car and Driver managed a 3.9 second 0—60 run in a standard six-speed manual 2009 Carrera S.

Update 9/17/2010: It’s worth noting that the only two Porsches to receive the “Carrera GTS” moniker until now were the 904 Carrera GTS and the 924 Carrera GTS (the Cayenne GTS was not a Carrera), both of which were serious race cars. Here at Excellence we don’t believe that the Carrera GTS badge should be given to a road-going Porsche just because it received a wider body and 23 more horsepower.

At $103,100 for the GTS coupe, it is priced $12,600 more than a base Carrera S and $6,300 more than a base Carrera 4S and it’s the first time buyers can choose a rear-wheel drive, widebody 997 without jumping to the $135,500 GT3 RS or the even more expensive 911 Sport Classic. The interior and exterior appointments exclusive to the GTS, in addition to the 23 hp jump from the standard 3.8, make for a compelling option conveniently placed in both price and power between the Carrera S and the GT3 models.

Carrera GTS coupes and Cabriolets will be made available in early 2011.