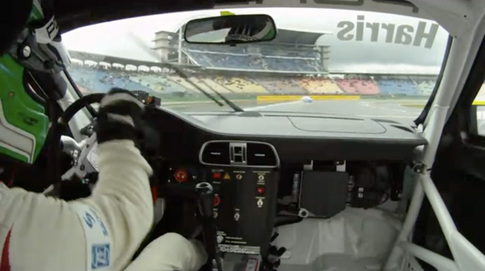 Excellence contributing writer Chris Harris was given the chance to drive a GT3 Cup car provided by Porsche AG at the last round of the Carrera Cup Deutschland this past weekend.

Harris said it was “more than a little slippery.” We think you’ll agree.

Despite qualifying 24th on Saturday, he climbed his way up to a 14th place finish with his co-driver, Porsche factory driver Sascha Maassen, racing among a slew of top-notch competitors.