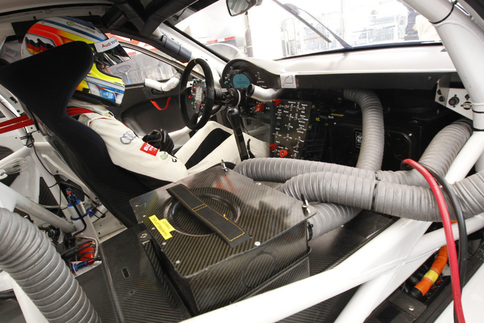 Mike Rockenfeller learns the ins and outs of the Porsche GT3 R Hybrid, what Porsche is calling a "racing laboratory." Photo courtesy PCNA 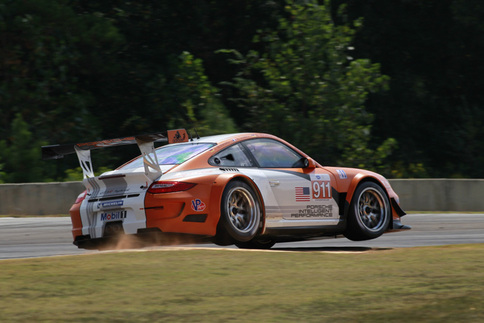 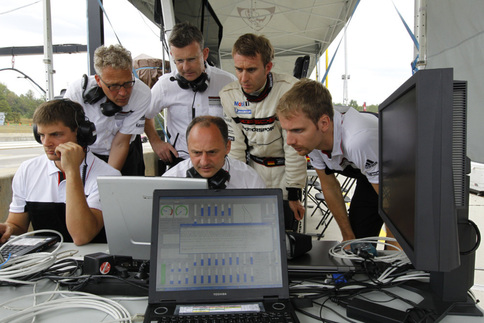 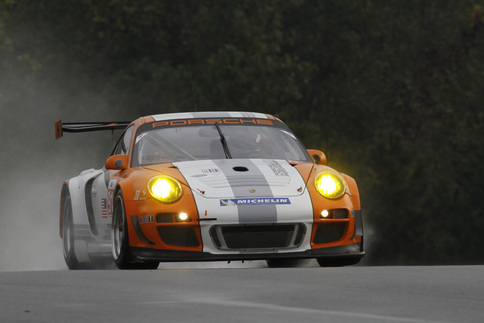 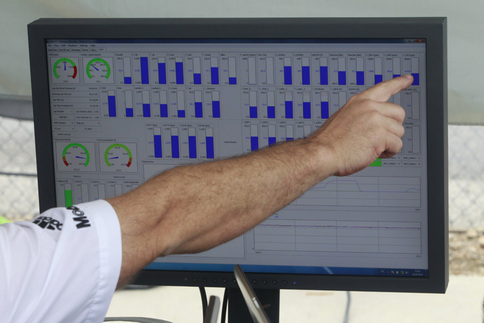 What is learned from this data will help make the GT3 R Hybrid faster. Photo courtesy PCNA

Up until this weekend Porsche’s GT3 R Hybrid hadn’t been tested in the rain. The four-wheel-drive system (when the “boost” button is pressed, anyway) showed its wet weather potential at Road Atlanta.

Porsche shipped the car to the Petit Le Mans track to test the car alongside the ALMS GT3 RSRs of Flying Lizard Motorsports and Team Falken Tire, and many GT3 Cup cars that compete in the GT Challenge class.

This marks the first time the Porsche factory team has prepared a race car in the U.S. since the carbon fiber-laden GT1 raced in 1998. Dr. Daniel Armbruster, Manager, Motorsport Development – Systems for Porsche Motorsport, says he welcomes the chance to test the Hybrid in wet conditions: “With the four-wheel-drive characteristics and additional torque vectoring provided by the two electric motors on the front axle, it gives us good traction in rainy conditions,” he says.

But Armbruster says the car doesn’t just have an advantage in rainy weather. “For our Hybrid system, Atlanta is a very fine track because you have uphill/downhill and lots of curves, so you can drive through a corner and store energy, and then accelerate with the power up the hill.” He continues, “We have adapted the software for the characteristics of the track, and we got in lots of testing yesterday, so we are making even more adjustments after we received driver input from Bernhard and Rockenfeller. When the system is optimized, it gives us both additional performance and reduced fuel consumption,” said Armbruster.

Without delving too far into Chris Harris’ drive in the hybrid GT3, which will be covered in depth in the upcoming issue #187, he confirms what Armbruster says, explaining that the Kinetic Energy Recovery System (KERS) developed by the Williams F1 team and now used in the GT3 R Hybrid can be used to neutralize unwanted handling characteristics, such as oversteer. It’s easy to see why the boost feature is a valuable tool, especially in adverse conditions such as rain.

Mike Rockenfeller, a German Audi factory driver scheduled to co-drive the GT3 R Hyrbid at Petit Le Mans, says, “… the added four-wheel-drive and torque of the Hybrid system will be a big advantage in the wet. But we are still working on the dry track set-up for the car as well.” Rockenfeller is aiming to become the first driver to win the 24 Hours of Daytona, the 24 Hours of Le Mans, and the Petit Le Mans in the same year.

The GT3 R Hybrid, GT3 RSRs, and GT3 Cup cars will all resume testing on Wednesday and will have their first official practice on Thursday in preparation for the Petit Le Mans race that is to take place Saturday October 2. 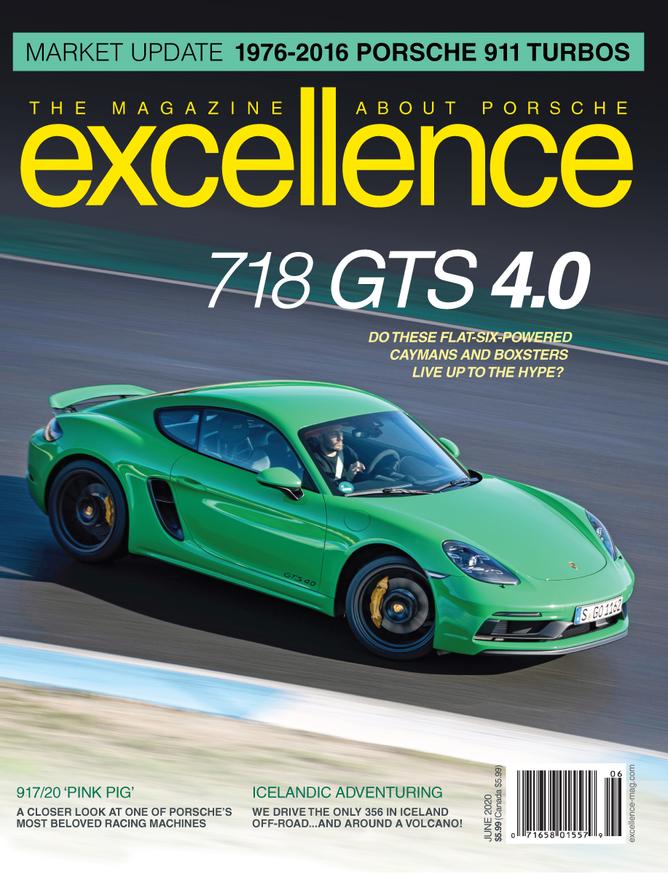