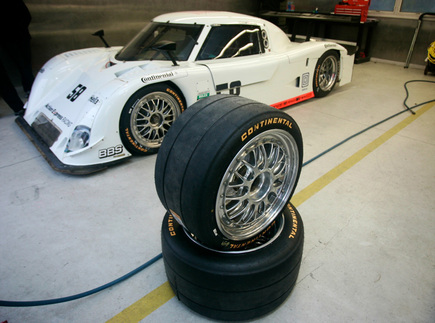 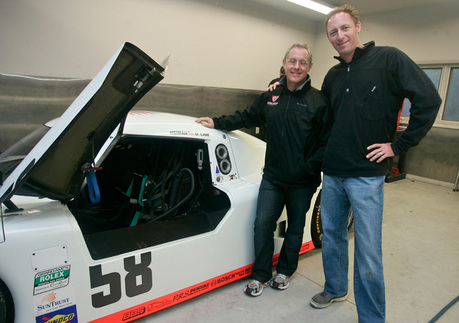 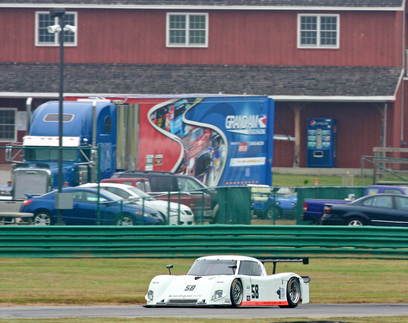 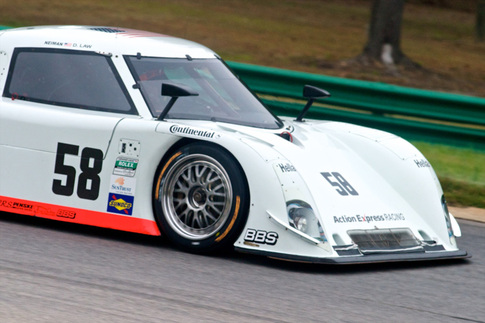 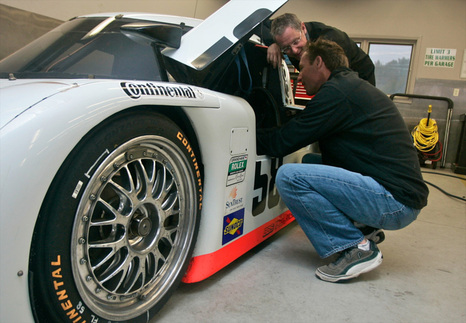 As I mentioned in my last article, we spend a lot of time in the pre-race season getting prepared for the next year. I wanted to give a little insight into what we do and how things are done during typical Daytona Prototype (DP) tests. Since our test sessions are usually closed to the public, most race fans don’t get to see the preparation that goes into the pre-race season. In reality, unless you’re a hard-core race fan, it would look pretty boring from the outside.

During the race season we sometimes have back-to-back race weekends and other times there is damage that requires repair, so detail developments are often put off until time allows. That’s why we don’t view winter testing as an off season, but instead, as mentioned above, more of a pre-race season — a time to take care of issues that are otherwise overlooked, but not forgotten. Now is the time when we strip the car down to a bare chassis and fix things that take large investments of time — things like electrical problems that were patched together to get us through a race, changes in the chassis, and additional items that can improve our performance. Throughout the season, we notice details that could make the drivers’ job easier, like maybe moving switches on the dash or re-routing lines. During these test sessions, we evaluate each repair and improvement until we get the package right.

The other important part of the pre-race season is performance development. When we leave for a developmental test we have an agenda to accomplish. It may be spending time on suspension, aerodynamics, electronics, or engine work, or it can be to train crew personnel in different positions. Although test days don’t carry the same pressure as race weekends, they are still very long and tiring.

I recently went to Virginia International Raceway for a two-day test with the Action Express Rolex Series DP team. The first day was devoted to suspension work. We tested and recorded results as we worked through an array of different spring rates on both the front and rear of the car, using different shock settings, camber angles, ride heights, roll centers, and toe angles, to name a few. You can imagine how many laps we ran in and out of the pits making change after minute change searching for an ideal setup.

We spent the second day testing several different compounds and constructions for Continental Tire, the Rolex Grand-Am Series’ new tire supplier for the upcoming season. These tires are different in both the construction and compound when compared to the Pirelli brand we have been racing on for the past three seasons. We will all need a few more test sessions to sort out the spring rate of the tires, how they react to different temperature conditions, and we have yet to run them in the rain. These tests are extremely time consuming and consist of running specified numbers of laps for the manufacturer on each of the different tires, the teams all the while giving as much feedback as possible. During this test we drove over 700 miles and I can honestly say I was more than a bit tired when I headed for the airport. Tire testing will be an ongoing process for several races and the team that first learns what these tires require will have the early advantage.

Last week we spent two days at Homestead-Miami Speedway in the Action Express DP car for an official Rolex Series test. Most teams were there and we all had several items to test. This time we all got to run on the official tire that we will use for the Rolex 24 At Daytona in January. It was the first chance for all teams to use this tire on an oval-to-infield course in preparation for the 24-hour race. Many get carried away with lap times during these early test days, but this isn’t always a good indicator of teams’ performance potential.Of course as the pre-race season continues test times will be a factor, but instead of constantly working for the fastest lap, these times show meaningful results dependent on each team’s agenda. Sometimes we are just looking for top-end speed, other times we work on handling characteristics in left-to-right transitions or improvement in braking. We are always looking at sector times to decipher whether we improved in a specific area, and it’s not until all the pieces come together that the fast lap time shows up. Things went well for us at Homestead and we were working on many different segments. We are looking forward to the open-to-the-public Roar Before the 24 test session in Daytona next month and it should be a good indicator as to who has the program under control by the end of the three day test.

Of course there are still many things left to do before the next DP test in January and we are just now scheduling test days with Flying Lizard Motorsports and its #44 Porsche 911 GT3 RSR. I will have some test days with the Lizards this month before I take a break to spend Christmas with my family. And then it’s back to testing the RSR in January and February. We will be trying new components in preparation for the start of the 2011 American Le Mans Series season and our first event, the 12 Hours of Sebring. We have some new developments in store for the Porsches and we are looking forward to defending the GT title for our team in 2011.

Visit Excellence-mag.com in January for my next report.

Excellence asked if I use video games or race simulators to learn a track or practice when I’m not in the race car. The answer is yes… Kind of. Well, it’s a yes to using video games, mainly on my Xbox, but it isn’t really for practice, although I do think it helps in eye-hand coordination. Although I don’t use driving and racing videogames to practice for the real thing, I have used them to learn a track. Before racing at the 24 Hours of Le Mans for the first time, I spent months in front of the television lapping Circuit de la Sarthe.When I completed my first laps on the real track, I knew exactly where I was going. It’s amazing how detailed the games are.

Although I try to use the quickest, most responsive cars in the games, nothing can substitute for the real thing. They may handle realistically, but you can’t get a real feel for the speed or elevation changes playing a videogame. With that said, I do spend time in the winter racing on my Xbox and I love trying out all of the different cars on the tracks at which I race on a regular basis.