By Law: As first race nears, season preparations are completed 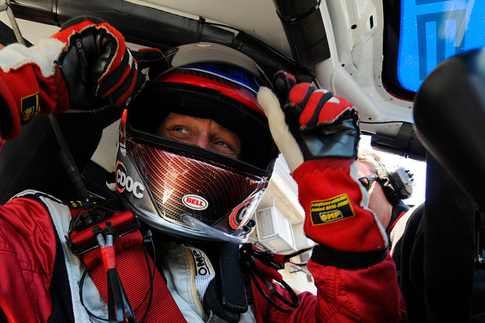 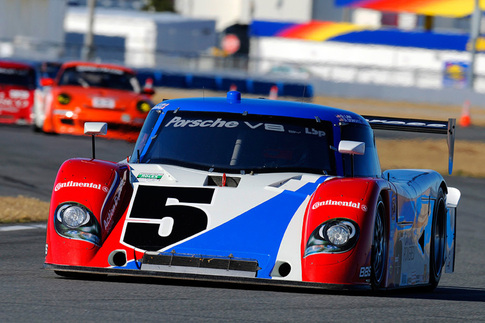 The Roar Before the Rolex 24 is the first test session of the new Grand-Am season. Photo by Bob Chapman/AutosportImage.com 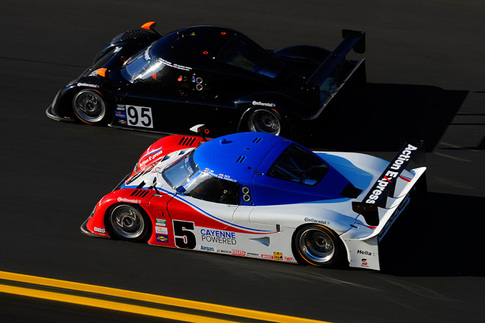 The fastest Daytona Prototypes lapped Daytona International Speedway within one second of each other during testing. Photo by Bob Chapman/AutosportImage.com 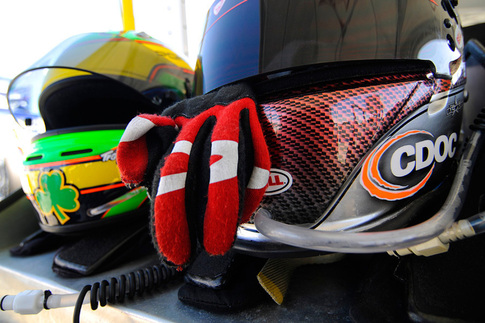 Helmets for the 2011 ALMS season must satisfy the FIA's 8860 -- 2004 specification, meaning they must have carbon-fiber reinforced outer shells. Photo by Bob Chapman/AutosportImage.com 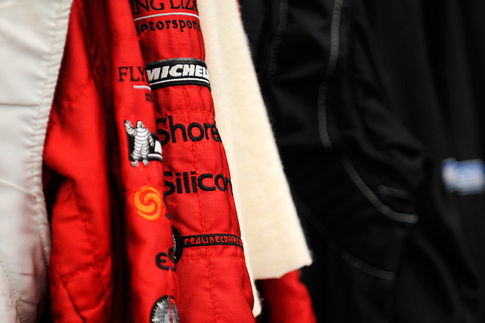 It's not uncommon for drivers to use up to four driving suits throughout a season. They are made of the fire-resistant material Nomex and are custom tailored. Photo by Bob Chapman/AutosportImage.com

The 2011 racing season has officially started! This is always a hectic time of year because there are so many things to get sorted and ordered before the Grand-Am race season starts with the Roar Before the Rolex 24 in early January.

Most importantly, I have to make sure all contracts are agreed and signed. This is actually a long process that starts around August the previous season and takes several months to arrange and negotiate. Most driver contracts now are for one year, so as we get to the end of the racing season we look at which teams are continuing their programs and work out what opportunities are around for the next year. Contracts cover a lot of details. Of course, there is the financial end of things, both for the regular-season races and for testing. We also have to negotiate liabilities and responsibilities of the driver, the team, and the team principals, as well as specific clauses relating to things we can or cannot do. After having done this for so many years, I am confident in my abilities and have felt pretty comfortable going into each new season. But as each season comes to a close there is always a bit of worry in the back of my mind…

Both of the teams I drive for — Action Express Racing in Grand-Am and Flying Lizard Motorsports in the American Le Mans Series — are ordering new driver equipment and apparel, such as driver suits and team wear, for the upcoming season. Our driving suits are custom-made for each of us, so we have to take a lot of measurements. All sections of our bodies are measured, from neck to back to waist, legs, and arms. We need the suits to fit well in both a seated position and standing, and material is also a big consideration. It needs to be both light and cool and have a wicking ability for sweat, but still be fire-resistant. My driving suits are made of Nomex. The suit companies are really good about getting things right, but every now and then a suit doesn’t fit properly, so it has to go back and be adjusted. This is why it is critical to have these things sorted before the season starts.

I also have to make sure I have my personal racing apparel sponsorship set for the 2011 season and put in orders for gloves, shoes, race underwear, gear, helmets, etc. In a typical season, I will use up to four driving suits, two to three sets of gloves and at least two pairs of shoes.

Once all of this is done, I still have to ship my helmets to my painter in time to have them ready before the Rolex 24 at Daytona. Drivers get a new set of helmets every year. After sweating in them and banging them around in the race cars all season long, they are in pretty bad shape. I am going to continue with my regular color scheme in the Grand-Am series, but I let my painter design something new for the ALMS helmet. They always seem to take forever to get painted, probably because we’re all ordering at the same time. I have had some delivered to the track still drying!

The helmets are different within the two series. This year, the ALMS requires helmets to satisfy the FIA’s 8860 – 2004 spec. This was mandated in Europe last season after Felipe Massa’s accident in Formula 1 and requires a helmet’s outer shell to be reinforced by carbon-fiber. They are very expensive and range anywhere from $2,500 to $10,000 depending on the manufacturer.

We also have a lot of pre-season media work when we get to Daytona International Speedway for the first test. Since David Donohue and I are joining Action Express Racing this year, everything will be new. We have photo sessions for autograph cards, media guides, and television headshots, and we give interviews. While we try to get these things done, keep in mind we have a new race car to get ready, as well!

After all that preparation, I was ready for the Roar Before the Rolex 24 test, which took place almost two weeks ago. For a 24-hour race, each car has between three and five drivers. We are going to run four — David Donohue, Burt Frisselle, Buddy Rice, and me. David and Buddy were part of the driver lineup in the Brumos Daytona Prototype car with me when we won in 2009. It is good to be racing with Buddy again, and Burt, who has been racing DP cars for several years now, is also a great addition to the team — he’s quick. This test in particular is critical before the Rolex 24 because it really is the best time to give everyone seat time before the race. Once we get to race week, we have very little time on track.

This is also the time to try new things, fine-tune the setup, and make sure everything is working properly. My team worked on aerodynamics, gearing, setup changes, and sorting out driver issues. For us, it was a great test — we ran well, turned in quick times, and left with a good idea of what we need to do to try to win the Rolex 24. We ended up running the seventh fastest time in a very tight field – the top 14 prototypes were split by one second and the next three cars were within the next second. Our best time of 1:40.6 was only hundredths of a second in front of the next four cars. It is pretty amazing the competition is this close despite the wide variety of engines powering the cars. This is going to be a 24-hour sprint race!

I am really looking forward to this year’s race. Our team is confident: Our drivers all have experience in this race, we understand these cars, and we are familiar with the nuances it takes to deal with traffic and other issues that are inevitable during the Daytona 24-hour.

Please tune in to the race telecasts on SPEED January 28-29. I hope to report back next month not only with an article on everything that happens during a race like this, but also with a story about winning another Rolex Daytona watch! Then, of course, once I get through this month, I have to do it all over again with the Flying Lizard Porsche team in preparation for the 2011 American Le Mans Series.