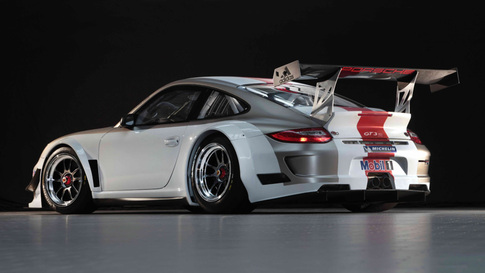 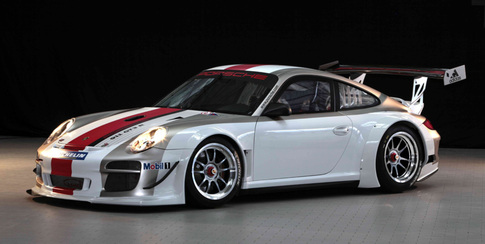 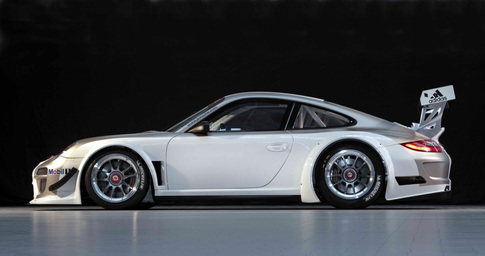 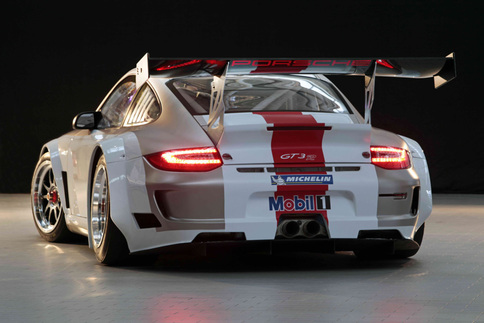 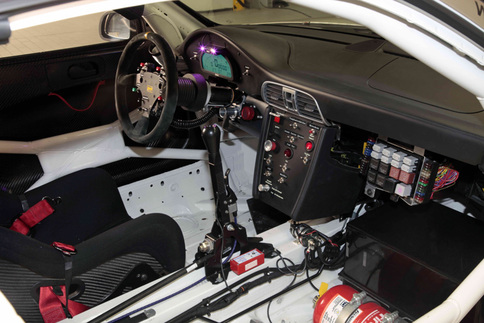 It can’t compete in any race series here in North America, but Porsche will sell three 911 GT3 R race cars to collectors and/or club racers. Watch out Porsche Club members; the R is eligible to compete in the PCA club racing Unlimited class.

As of this morning, Porsche Motorsport North America’s Andy Schupack said he believes there are still two available for purchase. Have $355,000? You could be an owner.

The GT3 R, a European-spec race car, was introduced last year and took the place of the GT3 Cup S, one-upping it with a 0.2-liter increase in displacement which results in 30 more horsepower. The R is based on the 2010-2011 GT3 Cup car, which in turn starts out as a street-legal GT3 RS body.

To put all 480 horsepower to the ground in the 2,640 pound racer Porsche fits the car with a highly developed and adjustable race suspension and traction control. The car’s e-gas blips the throttle when downshifting the six-speed sequential gearbox; heel-and-toe is a thing of the past in this car. ABS is part of the package as well.

“The GT3 R is a very powerful car. Despite the high technical level it is very easy to drive even for non-professionals,” Porsche factory driver and GT3 R tester Marc Lieb said. "The Porsche engineers in Weissach were able to give the car the perfect balance, which means that it is very precise and forgiving when it comes to so-called driving mistakes.”

Jens Walther, President and CEO of PMNA, commented: “We have received numerous inquiries from Porsche enthusiasts about the GT3 R and are excited that this model has become available for sale in the North American market. We will offer the three cars as a special edition with a unique ‘Tribute to the GT3 R Hybrid’ graphic design."

Want to buy one? Visit Porsche’s motorsports website to make a sales inquiry.