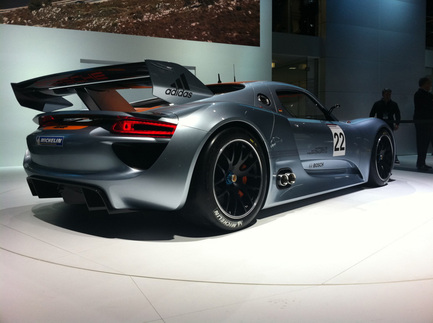 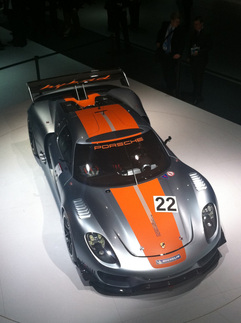 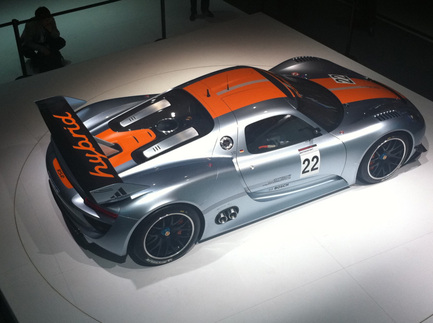 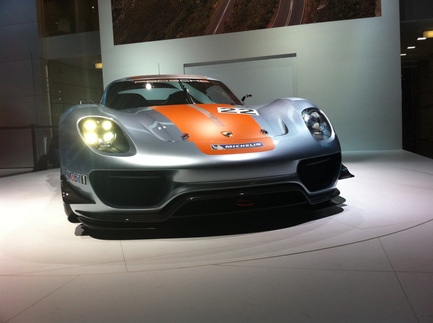 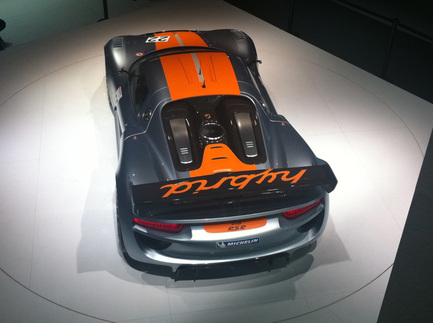 Porsche recently has been delving into fresh territory with the GT3 R Hybrid program and, now, the 918 RSR program, the company’s first factory race effort in over a decade. Both cars bring a new level of technological innovation to sports car racing and their existence is undoubtedly instigating inevitable rule-changes to accommodate hybrid race cars in certain race series. Until rules are set in stone, the 918 RSR poses plenty of questions. In which class will it race? When is its race debut? Will private teams race it? How will the road car differ from the race car?

Excellence spoke with some Porsche insiders at the 2011 Detroit Auto Show to find out:

Scott Atherton, president and CEO of the ALMS

— The 918 RSR would race in the same “unclassified” GTH category as the 911 GT3 R Hybrid in last year’s Petit Le Mans.

— There are other efforts similar to Porsche’s 918 RSR from other manufacturers, but none with the commitment that Porsche has shown.

— The 918 RSR takes the hybrid system from the GT3 R Hybrid and transfers it into a purpose-built platform.

— The GT3 R Hybrid gains several refinements in its hybrid system going into 2011.

— Porsche Motorsport is considering entering the GT3 R Hybrid at Sebring, and is not worried about the new system on Sebring’s rough pavement.

— The 918 RSR, like the GT3 R Hybrid, requires at least ten technicians to handle the hybrid system, so it is not considered a vehicle for private teams at this time.

— The 918 RSR concept would not be fast enough to challenge current LMP1 and LMP2 cars, hence Porsche’s desire to see it categorized as a GT. (This poses another question: Under which GT category would it fall? Some series, such as the ALMS, have eliminated their GT1/GT2 class split in favor of an all-encompassing GT class.)

— Racing the 918 RSR in an “unclassified” category will not be enough – Porsche will look to enter it in a series that provides the best competition platform for the program, whether it be the ACO, the FIA, or the ALMS.

— The 918 RSR has not been tested in a wind tunnel. The rear wing will work just fine, but refinements to the shape will probably come later.

— No, the current leather seats won’t be used in the race car.

— The engine for the 918 Spyder street car will be based on the RS Spyder 3.4-liter V8, but will probably grow in displacement and be slightly lower revving – under 10,000 rpm. This will favor emissions, longevity, and fuel consumption.

— The Spyder’s engine, like the Carrera GT’s race-bred V10, will gain weight in street trim. The GT’s V10 was rejected for the 918 because it is “an old engine.”

For more on the 918 RSR, including Porsche’s full press release, click here.