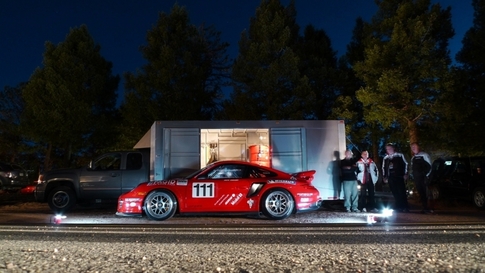 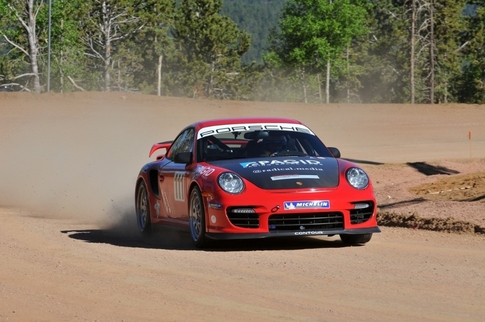 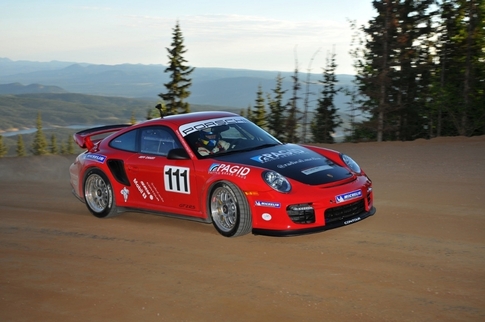 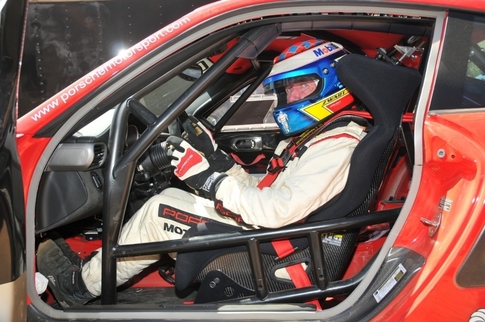 It's still street legal, but a lightweight racing seat was added to the GT2 RS as well as a rollcage. Note the stripped interior. Photo courtesy Porsche 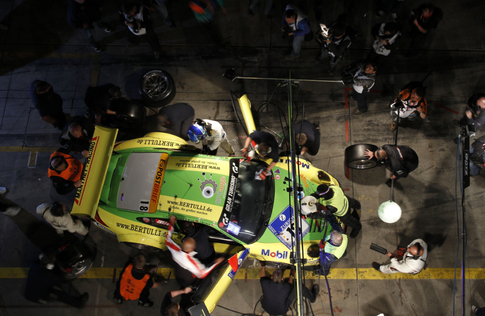 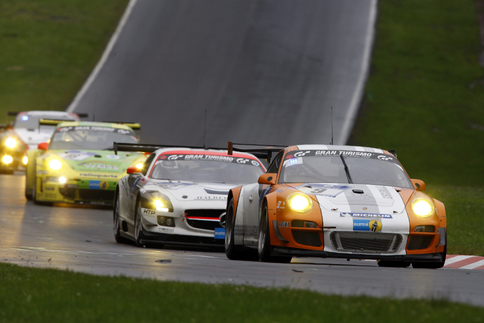 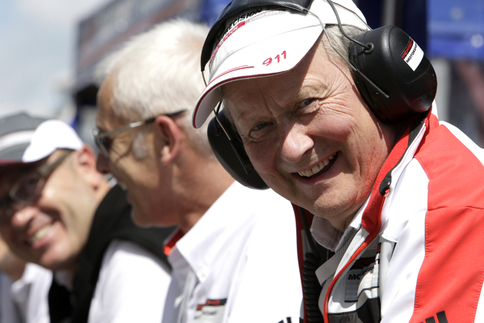 Dr. Wolfgang Porsche in the pits near the end of the race. Photo courtesy Porsche 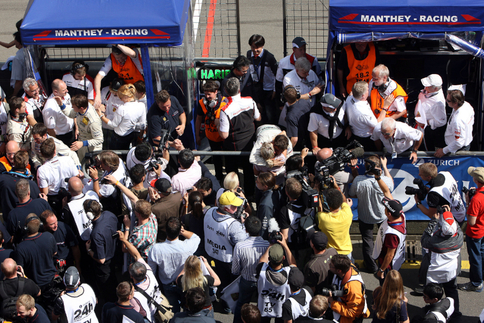 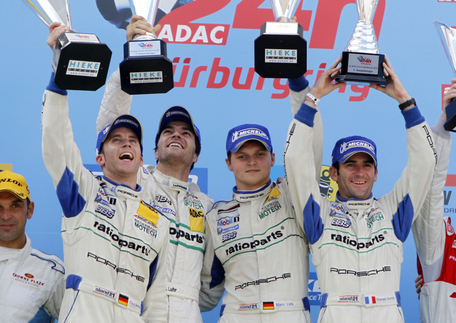 It was a good weekend for Porsche Motorsport after Jeff Zwart set a record at the Pikes Peak International Hill Climb for fastest run ever in a street legal vehicle — a 911 GT2 RS, production #429 — and Porsche Team Manthey won the Nürburgring 24 Hour race in a 911 GT3 RSR, the team’s fifth Nürburgring victory in six years.

The 911 GT3 R Hybrid also was raced at the Nürburgring, but it finished a commendable 28th place after experiencing problems with the differential.

Zwart’s journey in the 620-hp 911 that culminated in an eleven minute and eight second run up Pikes Peak in Colorado commenced in Los Angeles, the starting point of a 1,000-plus mile drive to the mountain. Unlike the GT3 Cup car in which he raced up the mountain last year and set a record in the Time Attack 2WD class, the GT2 RS was street legal, so no trailer was used to transport it to the race venue.

That’s where the new record comes in. At 11:07.869, Zwart’s run up the mountain was the fastest ever performed in a street-legal machine, which is even more impressive if you consider his time of 11:31.095 in a Cup car last year. Top honor in the Time Attack 2WD class this year, however, went to Rod Millen who ascended the mountain in 11:04.912 in a purpose-built race car.

“The Porsche 911 GT2 RS ran great, and we now have the fastest street-legal car ever to climb Pikes Peak,” Zwart said. “We broke last year’s record by 24 seconds, but we fell three seconds short of beating an all-out race car that is hundreds of pounds lighter with no street safety or emission equipment. Porsche Motorsports North America prepared a great car for us, and I laid it all on the line, completely wearing out the rear tires by the finish.”

“Winning this year is one of the most emotional moments of my career. We really didn’t expect to conquer here. After the difficult practices, we pulled ourselves together," Lieb said. “We didn’t make any mistakes and the entire team put in a superb effort.”

Things didn’t go as well for the GT3 R Hybrid, which had reliability problems with a flange in the differential. It broke twice and cost the team over an hour in the pits for repairs.

“We lost the chance to win through the mechanical problems and an accident,” Marco Holzer said. "It’s a small consolation that we crossed the finish line after 24 hours and that we showed the Porsche fans at the track that we never give up.”

Porsche AG’s CEO Matthias Müller also had a few words: “This is the first time I’ve been to a 24-hour race for Porsche and I certainly hadn’t anticipated it being so emotional,” he said. “Thank you to all the drivers — not only to the winning troupe, but particularly to the squad in the Hybrid-Porsche.”