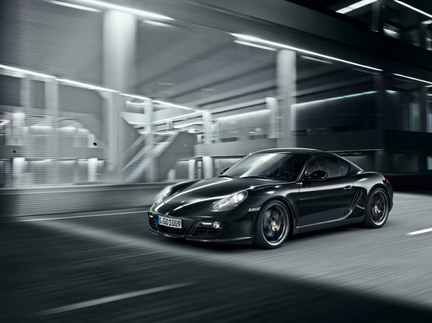 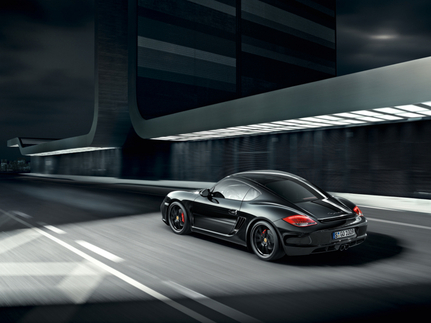 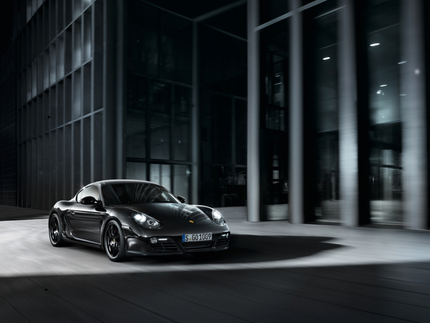 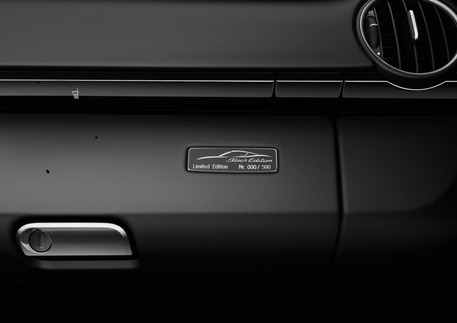 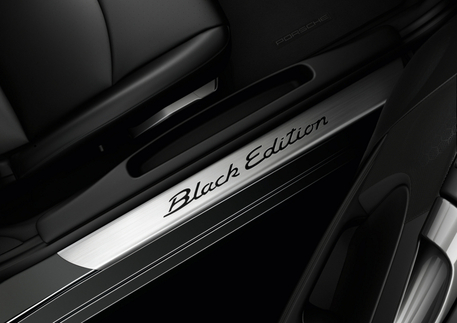 Porsche is giving the Black Edition treatment to the Cayman S and stuffs a multitude of standard features into a $67,500 package available late this summer. The catch? It’s limited to 500 examples.

Buyers will be treated to a hard-top, mid-engined sports car and, like the recently announced 911 and Boxster S Black Editions, it is only offered with a black exterior paired with a black interior accented with stainless steel and brushed aluminum trim pieces. In addition to its singular color scheme, the 3.4-liter flat six engine was upgraded to make 330 horsepower, the same as in the lightweight Cayman R, but 10 more than in the normal Cayman S.

The 19-inch wheels were sourced from the Boxster Spyder, being both lighter and larger than the standard 18-inch rims that come with the Cayman S.

It costs a bit more than the $62,100 base Cayman S, but the Black Edition priced at $67,500 is still a better value than optioning a regular Cayman S with the same features, which easily punts the price to well over $70,000.

ATLANTA – May 6, 2011 – Following on the heels of the recently announced 911 and Boxster S Black Editions, Porsche introduces a new, sporty and limited edition Cayman S arriving late this summer. The 2012 Cayman S Black Edition features a 10-horsepower boost and a long list of standard equipment at an attractive price.

This new mid-engine sports car is only available in solid black and features a monochrome treatment with a black body and black-painted 19-inch Boxster Spyder design wheels. Normally contrasting trim pieces from the Cayman S are also painted for a uniform look: the side air intake grilles are painted black, as are the twin exhaust tailpipes and the model designation on the rear deck lid.

The monochromatic theme continues to the interior where black is the only available color, with aluminum and stainless steel used as accents. The brushed stainless steel door-entry guards feature Black Edition lettering, and the standard SportDesign steering wheel features twin aluminum-look spokes with a rim of smooth-finish black leather. Also painted black are the trim strips on the dashboard and around the six-speed manual shift lever or the gear selector for the optional Porsche-Doppelkupplungsgetriebe (PDK) seven-speed double clutch transmission, while the instrument dials are black instead of the usual white. Two final touches are the Porsche crest embossed on the headrests and a limited-edition badge on the glove compartment.

The Black Edition’s chassis builds on the foundation of the Cayman S, which already features exceptional balance and handling. The lightest 19-inch wheels in the Porsche lineup are fitted 235/35 ZR 19 tires up front and 265/35 ZR 19 in the rear, providing a visually dynamic upgrade from the standard 18-inch wheels on the regular Cayman S.

A 3.4-liter six-cylinder engine with direct fuel injection, mounted in front of the rear axle, produces 330 horsepower – 10 more than in the Cayman S – while also delivering excellent fuel economy, particularly when coupled with the optional PDK transmission. With PDK, the Cayman S Black Edition will accelerate from 0 to 60 mph in as little as 4.6 seconds with the optional Sport Chrono Package and reaches a top track speed of 172 mph while achieving EPA estimated fuel economy of 20 city and 29 highway (19/26 when equipped with six-speed manual and top track speed of 173 mph), the same as the Cayman S. In addition to reducing the 0—60 acceleration times by two-tenths, the optional Sport Chrono Package with PDK provides a launch control function and more aggressive Sport and Sport Plus shift strategies.