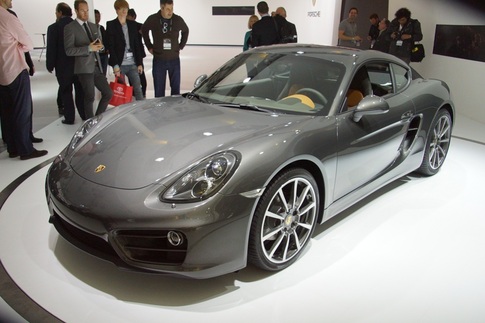 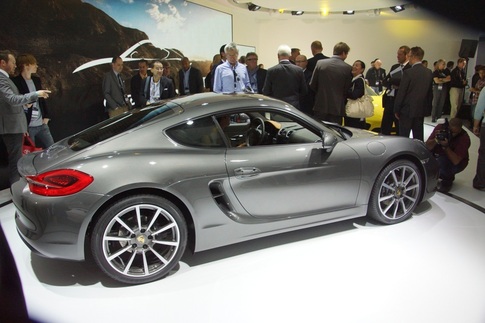 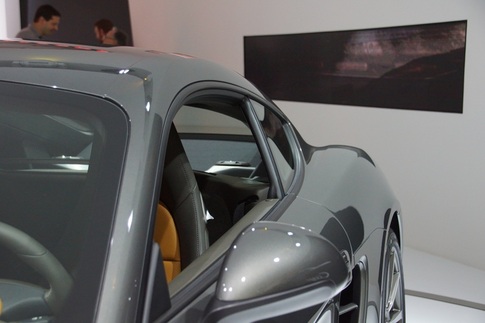 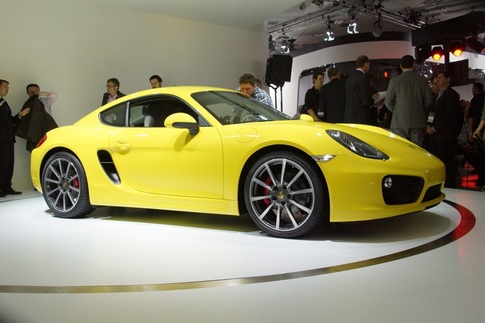 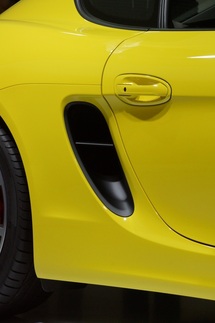 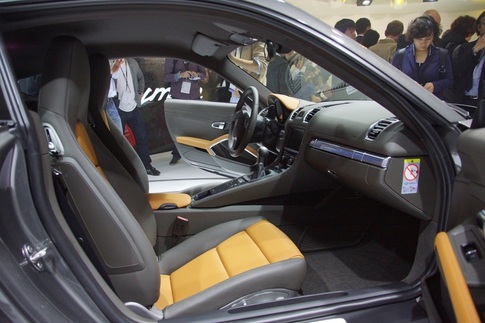 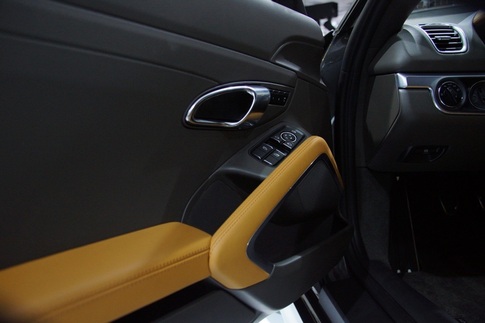 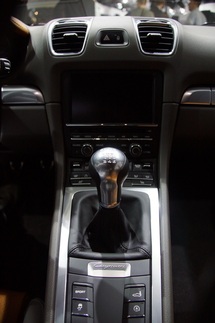 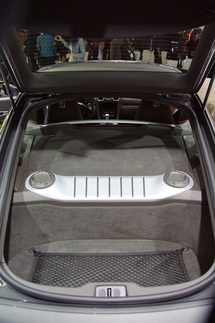 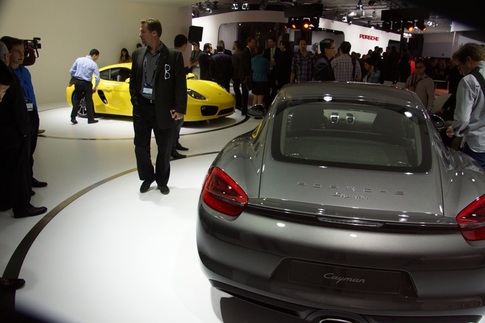 Porsche unveiled the new 981-generation Cayman at the Los Angeles Auto Show today, a sports car that company President and CEO Matthias Müller stated is lighter, more powerful, and more fuel efficient than the current 987-generation Cayman. Two versions of the mid-engine sports car were introduced: the Cayman and the Cayman S.

The same water-cooled flat sixes found in the Boxster (albeit with slightly less power) are also used in the Cayman, and they’re similar in specification to the outgoing 987 engines. The base model retains a 2.7-liter six, but it makes 275 horsepower, 25 more than the outgoing Cayman. The larger mill in the Cayman S has 325 horsepower, a five horsepower increase compared to the outgoing Cayman S’s engine but a decrease of the same amount compared to the Cayman R’s. Transmitting the power to the wheels is a six-speed manual or, optionally, a seven-speed automatic transmission (PDK).

The EPA has yet to rate the new Cayman’s fuel efficiency, but Porsche says that it consumes 15 percent less fuel per 100 kilometers (62 miles) than the 987 Cayman, and we expect it to have a mixed-driving fuel consumption similar to the Boxster’s – about 25 miles per gallon.

The 981 Cayman shares its chassis and much of its styling with the 981 Boxster, which was developed from the ground up and went on sale earlier this year. With a body made of steel and aluminum, the new Cayman, depending on the model and options, is up to 30 kilograms lighter than the outgoing model, and the chassis’ static torsional rigidity is up by 40 percent. The lightest car of the bunch, a base model with a manual transmission, weighs in at 2,888 pounds, while the heaviest, a Cayman S with PDK, weighs in at 2,976 pounds.

New, aggressive design language adds tension to the Cayman that the outgoing model doesn’t have, such as the shoulder line that slopes gently upward towards the rear of the car, bulbous front-quarter fender humps, doors with “dynamic recesses” that help direct air into the side engine intakes, and a lip spoiler integrated into the taillights. The spoiler looks similar to the Boxster’s, but, Porsche says, the Cayman’s is placed higher and deploys at a steeper angle. Overall, the 981 has a sleeker, lower, more purposeful look than the 987, and Porsche, for the most part, has succeeded in distinguishing the Cayman from other models in its lineup.

If the Boxster is any indication of the new Cayman’s modus operandi, we have no reason to doubt that it will be more refined, faster, and more capable than the car it replaces – and, crucially, loads of fun.