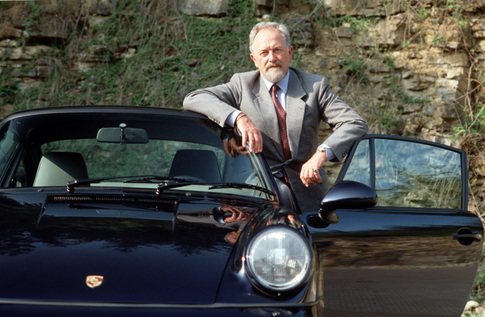 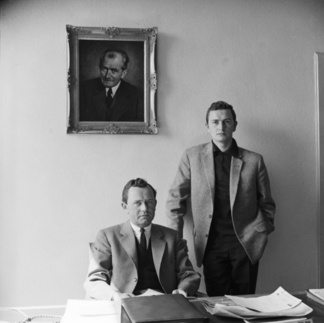 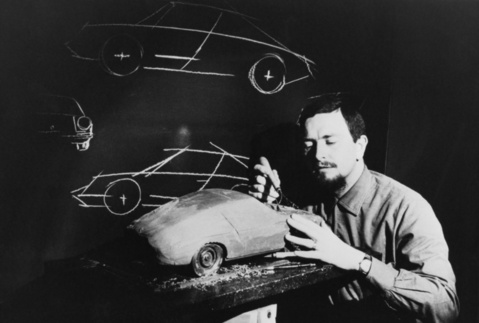 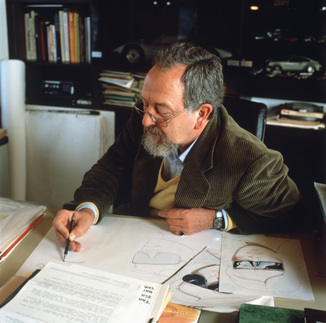 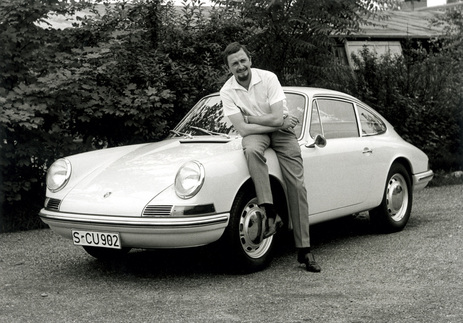 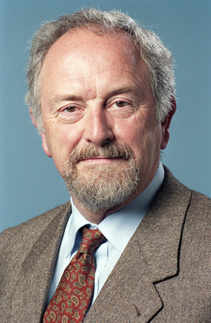 Ferdinand Alexander Porsche passed away in Salzburg, Germany on April 5, 2012. He was 76 years old.

We at Excellence are saddened to mark the passing of Ferdinand Alexander Porsche.

Better known to Porsche enthusiasts as F.A. “Butzi” Porsche, he was the son of Dr.-Ing. Ferdinand “Ferry” and Dorothea Porsche, and grandson of Professor Ferdinand and Aloisia Porsche. The first two Ferdinand Porsches made a lasting name for themselves by founding Porsche as an engineering firm (1931) and as an automobile manufacturer (1948), and so it would be with the third Ferdinand Porsche — who established a legacy in his own right, firmly connecting the family name with design.

While heading up the styling department at Porsche, he played a pivotal role in the design of the 904, the iconic 911, and the 914. He went on to establish Porsche Design. Like Porsche’s engineering firm, Butzi’s independent design firm handled contract work for outside clients — designing everything from forklifts to airplane cockpits — but is better known for its own products, in this case a line of Porsche Design-branded watches, pens, knives, clothing, appliances, and more. Today, Porsche Design is owned by Porsche AG, though the family maintains a significant interest.

Throughout his career, F.A. Porsche remained a strong proponent of “form follows function.” While his connection to Porsche the car maker’s day-to-day business affairs would end in 1972, F.A. remained close to the family business. He often surprised outsiders with his views, for instance criticizing 1988’s 964-based 911 for not being bold enough and, as an avid woodsman, being quite enthusiastic about Porsche’s decision to build an SUV with real off-road capabilities.

While Butzi Porsche would suffer from Alzheimer’s in his later years, we’ll choose to remember him as he was on his 70th birthday, quite happy among Porsche enthusiasts along the Grossglockner Pass there to celebrate his life. There he was, enjoying his rare 993 Speedster in the family’s signature dark green — on the very roads his father drove the first Porsche sports car. The moment was captured with an amateur video, which you can view here; while it’s completely unscripted, it’s clearly a sweet moment along his journey.

UPDATE: We’ve received word from several Porsche enthusiasts — including Southern California automotive designer and Porsche enthusiast Freeman Thomas and North Carolina Porsche collector Bob Ingram — that they’re calling for Butzi’s creations to come out in force at their local Saturday morning Cars and Coffee events this weekend. We see that, or any good drive in a Porsche this weekend, as a very fitting tribute.

Ferdinand Alexander Porsche was born in Stuttgart on 11 December 1935, the oldest son of Dorothea and Ferry Porsche. Even his childhood was shaped by cars, and he spent much of his time in the engineering offices and development workshops of his grandfather Ferdinand Porsche. In 1943 the family accompanied the Porsche company’s move to Austria, where he went to school in Zell am See. After returning to Stuttgart in 1950, he attended the private Waldorf school. After leaving school, he enrolled at the prestigious Ulm School of Design.

In 1958, F.A. Porsche, as he was known by his colleagues, joined the engineering office of what was then Dr. Ing. h.c. F. Porsche KG. He soon proved his great talent for design by sculpting the first model of a successor to the 356 model line out of plasticine. In 1962 he took over as head of the Porsche design studio, creating a worldwide furore one year later with the Porsche 901 (or 911). With the Porsche 911, F.A. Porsche created a sports car icon whose timeless and classical form survives to this very day in what is now the seventh 911 generation. However, in addition to passenger cars, F.A. Porsche also concerned himself with designing the sports cars of the 1960s. His best-known designs include the Type 804 Formula One racing car or the Porsche 904 Carrera GTS, now considered to be one of the most beautiful racing cars ever.

In the course of the conversion of Porsche KG into a joint-stock corporation in 1971/72, Ferdinand Alexander Porsche, along with all the other family members, stood down from the company’s front-line business operations. In 1972 he founded the “Porsche Design Studio” in Stuttgart, the head office of which was relocated to Zell am See in Austria in 1974. In the decades that followed, he designed numerous classic gentlemen’s accessories such as watches, spectacles and writing implements that achieved global recognition under the “Porsche Design” brand. In parallel, with his team, he designed a plethora of industrial products, household appliances and consumer durables for internationally renowned clients under the brand “Design by F.A. Porsche”. A strong and clear design concept typifies all product designs created in his design studio to date. The credo of his design work was: “Design must be functional and functionality has to be translated visually into aesthetics, without gags that have to be explained first.” F.A. Porsche: “A coherently designed product requires no adornment; it should be enhanced by its form alone.” The design’s appearance should be readily comprehensible and not detract from the product and its function. His conviction was: “Good design should be honest.”

Ferdinand Alexander Porsche received numerous honours and awards both for his work as a designer as well as for individual designs. For example, in 1968 the “Comité Internationale de Promotion et de Prestige” honoured him for the outstanding aesthetic design of the Porsche 911 while the Industrial Forum Design Hannover (iF) voted him “Prizewinner of the Year” in 1992. In 1999, the President of Austria bestowed on him the title of Professor.

Ferdinand Alexander Porsche retained a close lifelong association with Porsche AG as a partner and member of the Supervisory Board. For example, even after stepping down from front-line business operations, he contributed to the design of Porsche’s sports cars over many decades and repeatedly steered the company in the right di-rection. This was especially the case for the difficult period Porsche experienced at the beginning of the 1990s. From 1990 to 1993, F.A. Porsche served as President of the company’s Supervisory Board, thus playing a major role in Porsche A.G’s eco-nomic turnaround. In 2005, he stood down from his Supervisory Board role in favour of his son Oliver and assumed the mantle of Honorary President of the Supervisory Board.

Ferdinand Alexander Porsche will be buried in the family grave at Schüttgut in Zell am See, attended by his immediate family. An official funeral service will be held in Stuttgart at a later date. 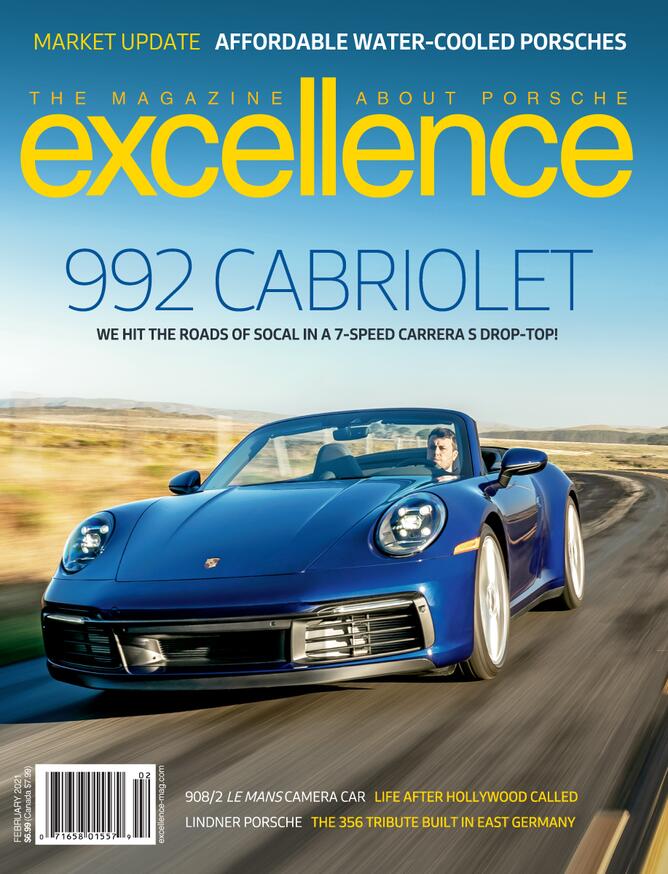