Bergmeister and Long to drive GT3 R Hybrid in China 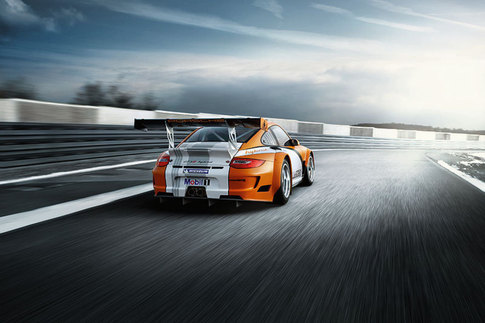 Joerg Bergmeister and Patrick Long are to drive the new 911 GT3 R Hybrid race car in a six hour race on November 7 at the Zhuhai International Circuit in China.

Timo Bernhard, Romain Dumas, and Mike Rockenfeller will drive the race car in the Petit Le Mans race on October 2.

Bergmeister was part of the driver team when the car made its racing debut at the 24 Hours of the Nürburgring race. It did not finish after a break down, but it was leading the race when the break down occurred at 22 hours and 15 minutes.

“It’s a fantastic conclusion to the season to drive this car in China after the race debut on the Nürburgring-Nordschleife,” Bergmeister says.

Long has tested the GT3 R Hybrid but the race in China will be his first in the car.

As in the ALMS race, the Porsche will not be eligible for points in this Intercontinental Le Mans Cup race because rules for hybrids have not been stipulated.