We talk with the head of Rimac, Porsche’s electric sports car partner. 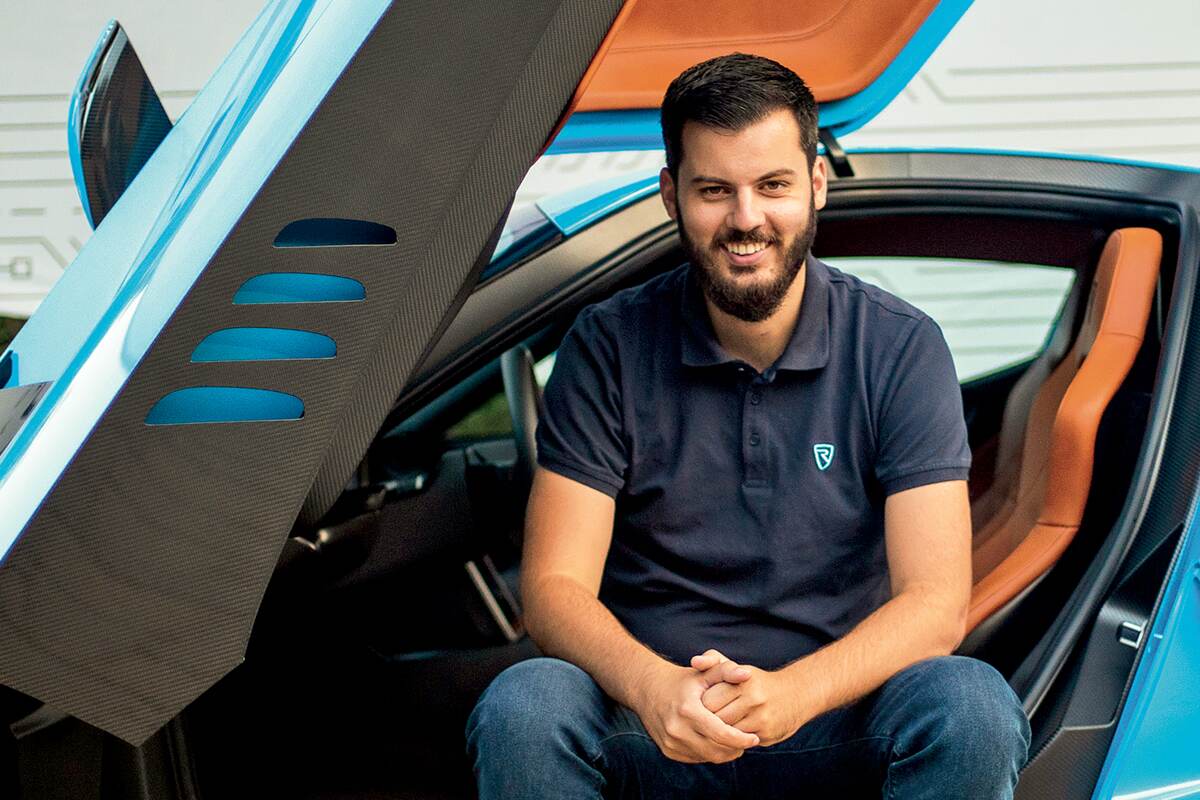 Unless you’re a fan of the Amazon Prime show The Grand Tour and saw the episode where Richard Hammond rolled a Concept One down a hill in flames, the name Rimac might have so far escaped your attention. The Croatian electric sports car builder is relevant to Excellence because Porsche AG recently bought a 10 percent stake in the small but innovative company.

Porsche is not known for its investments in other companies, which makes this acquisition hold more importance than it may at first seem. Contributor Robb Pritchard recently traveled to Croatia’s capital city of Zagreb to meet Mate Rimac (pronounced: Ma-tey Ree-mats), the 30-year-old founder and CEO of Rimac to find out about what the deal means for the future of Porsche.

Many projects begin innocuously enough, and Rimac Automobili started with a forklift truck motor and an old E30-generation BMW 3-Series. 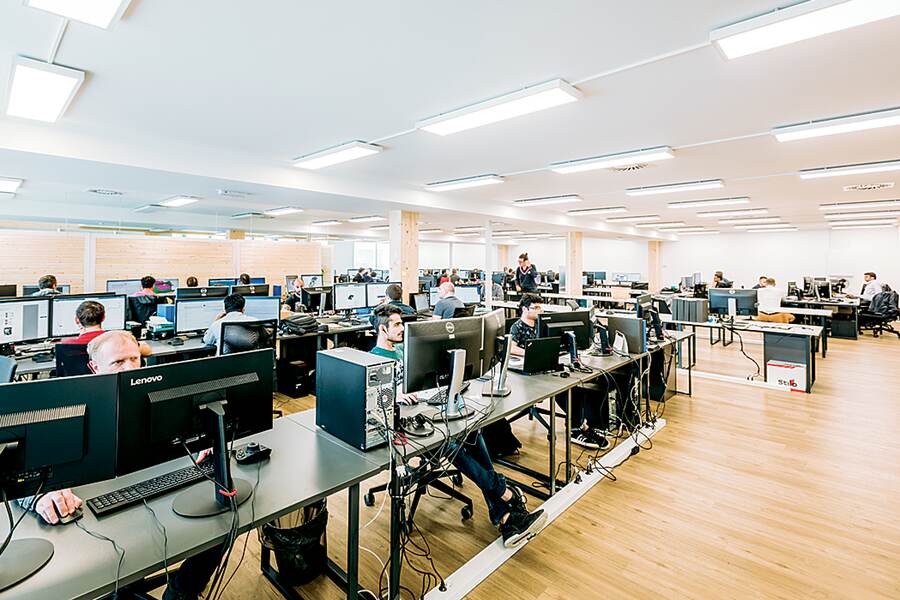 As an 18-year-old, Rimac sold the patents from a couple of projects he worked on in high school and university and—as many teenagers might do with their first paycheck—he bought a car. Rimac entered his BMW in local drag racing and drift events and street races. But when his Bimmer’s engine broke, instead of repairing it, Rimac decided to replace it with an electric motor. The inspiration for the conversion to electric propulsion was inspired by inventor Nikola Tesla, who was originally from Croatia.

The first motor came from an old forklift that Rimac wired up to a bank of batteries. His friends thought he was crazy and called his car a “washing machine.” But with all its torque fully and instantly available, the electric car generally had an advantage on the drag strip. Developing the idea with ever more suitable components, Rimac not only won some local races in 2012, but he also set five FIA and Guinness World Records for the fastest accelerating electric car.

This success gave him the idea for a fully electric sports car and he began designing the Concept One. Nine years later and Rimac now employs 400 people and will soon be releasing his second car, the much more advanced C_Two, as well working on dozens of bespoke projects in partnership with other companies. 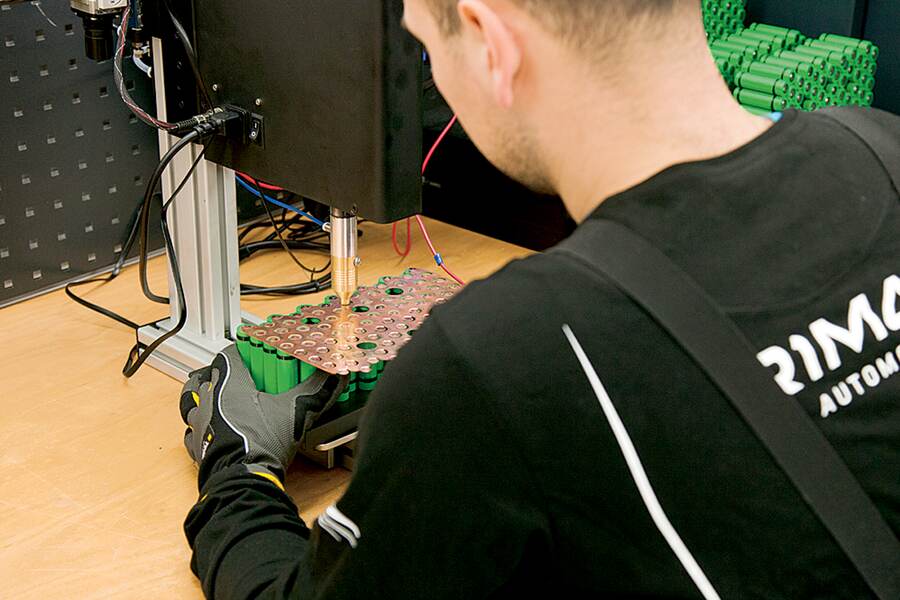 Excellence: Apart from your own in-house Concept One and now the C_Two, what other companies do you work with?

Rimac: We have a great number of companies on our client list. The Aston Martin Valkyrie will have a Rimac-developed battery and BMS (battery management system) in its hybrid system. We’re also making the power systems for the new 670-hp eTCR series car, the Cupra e-Racer (built by Spanish carmaker Seat, which is owned by the VW Group).

We are supplying battery packs for the new Koenigsegg Regera as well. Christian von Koenigsegg has been one of my heroes since I started to build the company up; so to be asked to be involved in that project is very meaningful.

Excellence: What did Rimac do for Koenigsegg?

Rimac: We created a ground-breaking battery system for a ground-breaking car, the new Regera. Weighing just 65 kg (143 lbs) and with the capability to deliver over 500 kW of power, it’s the world’s highest-power density battery. It had to satisfy global safety and homologation requirements, the same ones mass-produced cars have to pass. 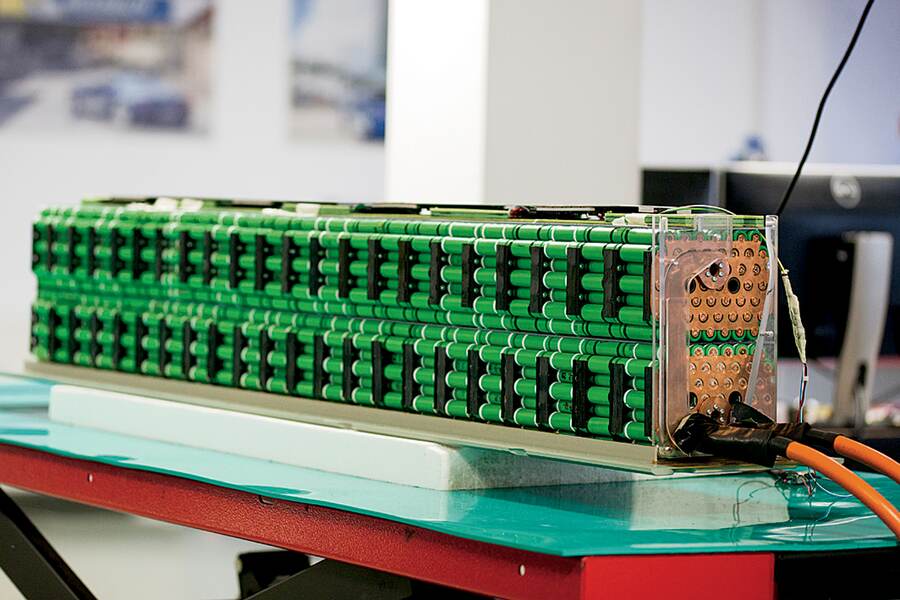 Excellence: Will Rimac be doing something similar with/for Porsche?

Rimac: Everything to do with Porsche will have to remain a closely guarded trade secret. But what I can say is that the future is inevitably heading towards being fully electric, and Porsche are, of course, fully aware of that.

What attracted them to us is our status in the field of electro-mobility. Of course the Concept One and C_Two are our high-performance car models, but our core competency, and what we’ve proven with these two cars, is how we can develop and deliver these technologies in a fully integrated project. Porsche understand the value of that, and so there are plans for projects together in the future, in development first, then in developing applications for the technology.

Excellence: So what does the Porsche deal entail?

Rimac: The most important aspect is that Porsche is not known for their portfolio of investments. The 10 percent they have bought in Rimac is actually their very first investment of its kind in the automotive industry and shows both Porsche’s intentions for the future and also clearly demonstrates Rimac’s standing in the world of electro-mobility. 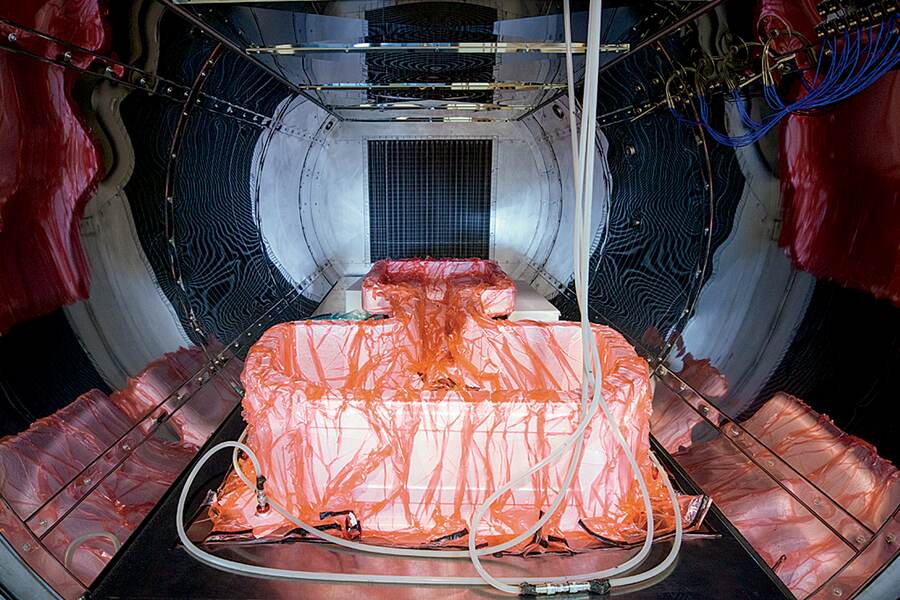 Excellence: What will Rimac offer Porsche, and vice-versa?

Rimac: Our engineers and technicians can tailor bespoke systems to almost any conceivable application in the auto industry. The world of electro-mobility is a sphere that—as a world leading manufacturer—Porsche is looking to extend its efforts in. We are young, flexible, and are already considered pioneers in cutting-edge key electrification systems and applications and are already considered as the go-to address for battery technology. I think we are a very good match and can bring a lot to the partnership.

On the other side, Porsche has 70 years of making state-of-the-art sports cars and will certainly be able to provide advice and guidance to us, which is, of course, invaluable. The strategic collaboration will open up a lot of opportunities to work on them together.

Excellence: What are the current limits of electric car performance?

Rimac: The C_Two is designed from the ground up for maximum performance while still maintaining a high level of comfort and usability. Every component has been developed from scratch specifically for this car and optimized countless times, so I believe that this car is pretty much at the limit of what is possible today. With over 1,900 hp, a 0-60 time of under 2.0 seconds, and a top speed of over 250 mph, we have proven that electric supercars can compete and surpass gas-powered cars in many aspects. 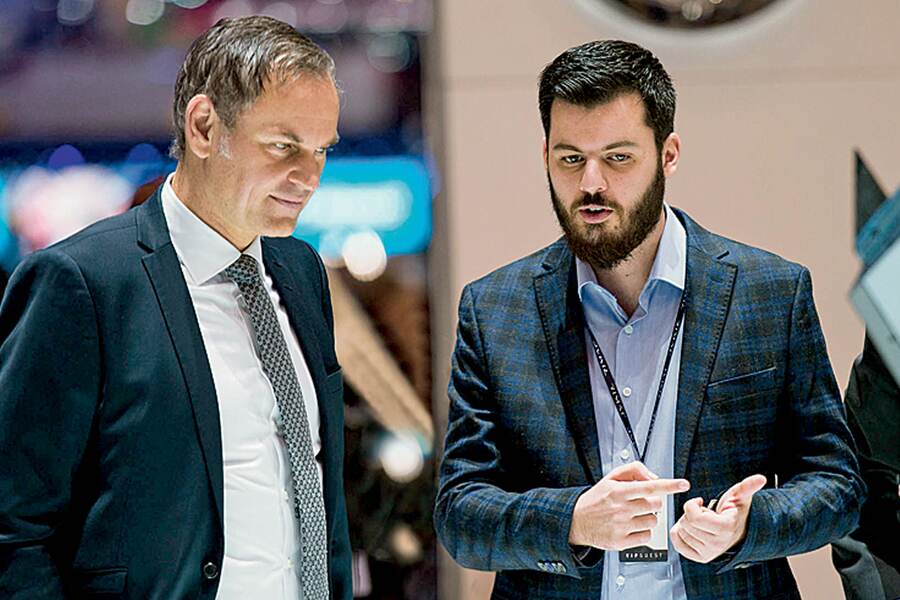 The main limitation at the moment is weight and tires. But almost every component operates at the absolute physical limit of the technology that exists today; the motors, gearboxes, inverters, batteries, relays, fuses, switches, cooling systems—I have a feeling that we have really reached the limit of state-of-the-art technology with the C_Two.

Excellence: How fast do you expect electric sports cars to be in a decade?

Rimac: I see things going in a few directions with extreme, no-compromise cars on one end of the spectrum (such as the Aston Martin Valkyrie) and super-powerful but yet usable and comfortable GT hypercars (such as the Bugatti Chiron and Rimac C_Two) on the other side of the spectrum. Ten years are actually not that much time in the automotive terms, so I don’t think a huge revolution will happen. But the current trends of more power and more extreme concepts will continue.

Excellence: What other batteries besides lithium-ion are you looking at?

Rimac: Lithium-ion is a broad term for a variety of different cell chemistries, cell formats, and the battery system designs based on them. There’s not a single best chemistry or format as different applications have different requirements and compromises.

If you look at the batteries we are making for Aston Martin and compare them to the C_Two’s batteries, they are completely and fundamentally different as the requirements are completely different. The C_Two’s battery is the only energy source in the vehicle providing both range and power, while the Valkyrie has a huge combustion engine and uses the electric powertrain for support only.

The fundamentals of batteries are not changing as fast as people think they do, but there are millions of small improvements that add up to the evolution that the customers are seeing. Mid-term, I see no viable alternative for lithium-based batteries. 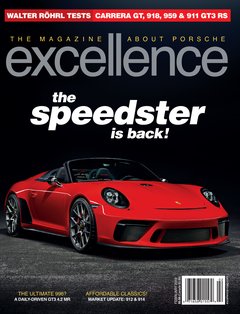