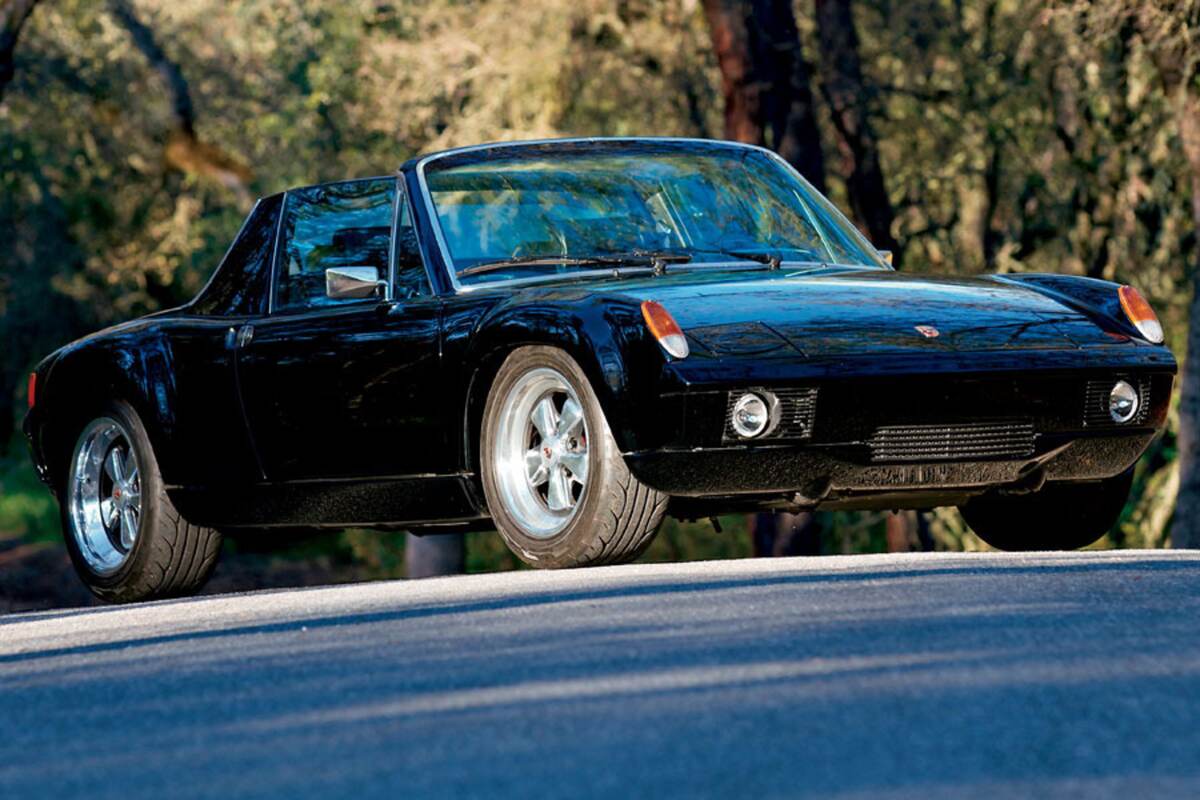 It’s hard to believe Project 914 3.6 is done. It seems like only a week ago that I sat down with Excellence editor Pete Stout to discuss a ten-part series on the build of this car. So why are we on Part 18? Well, despite my thorough planning, nothing is certain, simple, or quick when you build a custom car. The good news: The result is stunning — and great fun to drive.

You must be wondering how far over budget we went. Well, if I was a naval aviator, I’d be swimming back to the aircraft carrier. My goal was to build the car for under $30,000 (not including my labor), but the final tally came to $45,000 — and that figure reflects many credits from selling extra parts that came with the engine, the parts car, and my unused 901 transmission. Despite missing my target by 50 percent, there isn’t much I’d do differently were I to do it all again. The car was built exactly the way I wanted it, with no “I’ll do that later” projects lingering at completion.

The largest unanticipated cost — and almost half the overrun — resulted from my decision to switch to a 915 transmission after my 901 was rebuilt. I knew the 901 wasn’t for me after one test drive: Its reputation for fragility haunted me, its first-gear ratio was too short, and its lack of a limited-slip differential would clearly be an issue with the 3.6. It seemed foolish to spend money to up­grade the 901 even though the cost to acquire, re-gear, rebuild, and install the 915 was about $7,000.

The rest of the overrun was a combination of things. One was my failure to anticipate just how bad used parts look against fresh paint. While the mirrors and some trim looked great when I took the well-weathered car apart, they lost their appeal when the car returned from the paint shop. That added about $500. The textured black targa top didn’t look good on the freshly painted car, either, so it was sanded down and repainted. With new seals and latches, that cost me $1,200.

Other items never occurred to me at the early planning stage. Heated aftermarket seats (with headers, there would be no heater), the clear bra (the paint came out too nice not to protect), a car cover (ditto), and a performance chip come to mind. These added approximately $3,300, but I wouldn’t give up the heated seats at any price! Then there were the surprises, the unexpected repairs, and the mistakes, which added another $2,500 or so. 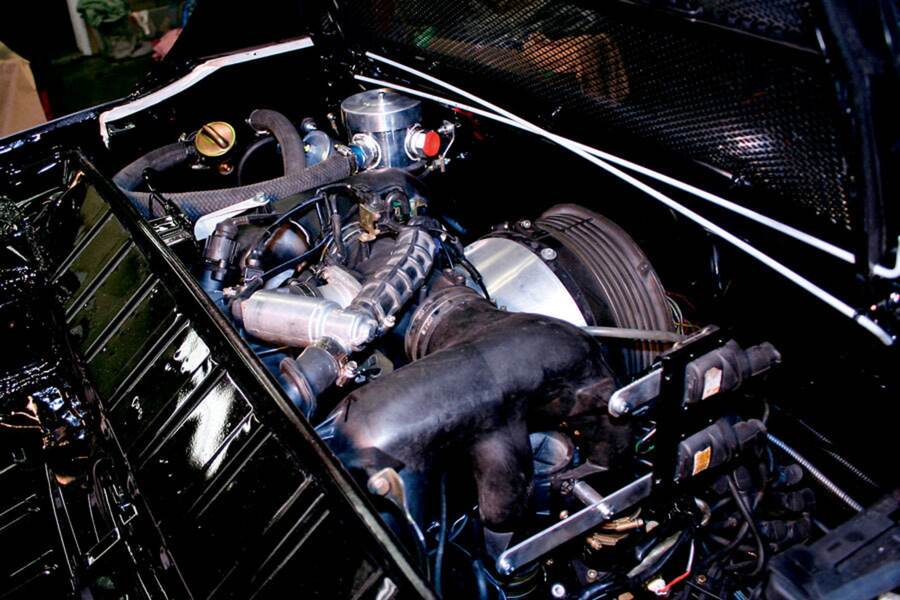 While my final price grew, my goal posts had moved, too. When the project started, I wanted to build a “driver,” not a concours-quality 914. Had I stuck to my plan, I could have saved a lot and stayed closer to my budget. But, somehow, it just happens…the project sucks you in and the time-honored “while I’m in there” gets the best of you. But I’m not complaining: I’ve wanted to build my dream 914 for 20 years, and I wanted no regrets when I was finished — and I have none.

Once the car was done, I wanted to be sure it was properly insured. The cost to build it was significant, but the price to re­place or repair it would be staggering if a shop has to do all the custom work I did. While I found it im­possible to insure the car for what it would cost to build again, I eventually got to an agreed value I am comfortable with. It took numerous phone calls to the management at my insurance company, and I had to provide detailed cost sheets, receipts, and many photos.

I persuaded the company to insure the car for $75,000 under a classic car policy, an amount paid to me should a total loss or theft occur. I highly recommend insurance with an agreed value. Without it, you might get a check for “Blue Book value” in the event of theft or total loss. Were that to happen to me, I would not be able to build a replacement car. Luckily, the project was well-documented and I obtained a great policy for just $450 per year.

While far from being comfortable when surrounded by phone-toting commuters in busy California traffic, I was now fully insured and wanted to drive the car to Excel­lence headquarters so that Pete Stout could see what my blood, sweat, and tears (and money) had produced. I felt he had to flog the car a bit on some back roads he knew well to really appreciate it.

When I arrived, Stout circled the car. He seemed impressed with just about everything, but was particularly keen on the black paint, quietly uttering the words “it may be the best black I’ve seen.” Stout is highly detail-oriented, so if you make it through his critical inspection without too much abuse, you can be sure you’ve built something to be proud of. 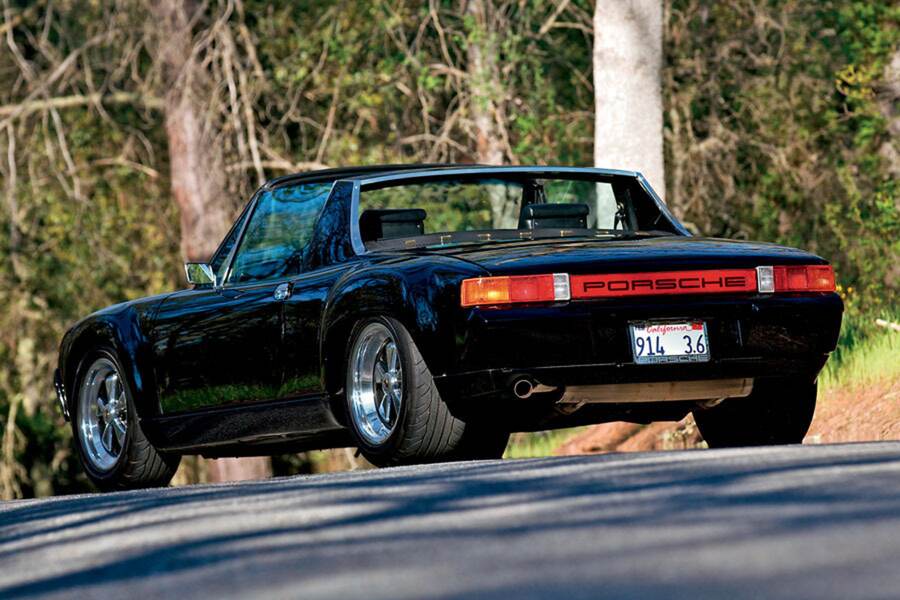 After I handed him the key, we took off, heading for sinuous Marin County back roads. He was enjoying the drive but was reluctant to shift down to first gear at 40 mph, the car’s “sweet spot” due to its custom gearing. Of course, such a downshift would result in a blown motor in most street cars, but my re-geared 914 loves first all the way to 53 mph. Once Stout got over that mental block, the fun began.

Fifteen minutes from Highway 101, the engine had a momentary hiccup. It came back to life, though, so I assumed some water was in the fuel. Then came my life’s most embarrassing moment: Project 914 3.6 died and, with my editor at the wheel, coasted to a stop. Silence. I wanted to crawl into the front trunk and hide! Instead, I teased Stout, saying he just doesn’t know how to drive such a great car.

Stout, figuring it was either fuel or ignition, started to poke around the car. After a few minutes, his nose led him to some melted carpet behind the seats. The ignition module had overheated! My embarrassment increased unquantifiably as we waited — and waited — for a flatbed. Stout made a few calls and found a 993 ignition module at a Novato mechanic’s shop, then persuaded a friend of his at nearby Genoa Racing to drive it to us for an hour’s labor. We canceled the tow and, in less than 30 minutes, were back on the road. But I still suffer em­barrassment thinking about it.

Back at the Excellence offices, I checked the new ignition module. It too was running very hot. After a little troubleshooting, I discovered the 3.6 had a defective ignition coil, which caused the module to overheat. Worse, the engine had only been running on half of its twin-ignition system! Once the coil was replaced, the ignition module stopped overheating and the engine felt noticeably stronger. 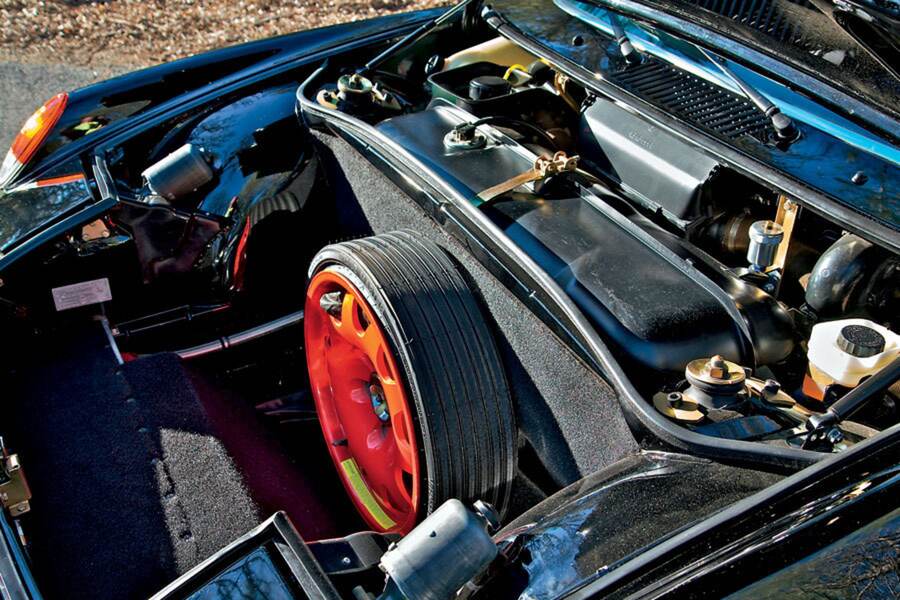 Like most home builders, I struggled to troubleshoot modern engine electronics. After a little research, I found Durametric Diag­nos­­tics, which has a system that allows you to plug a laptop into the engine’s diagnostic port. When I bought the software, there was no way to turn off half of the twin-plug ignition system. However, after a discussion with the company, a software upgrade was quickly developed where you can switch between them.

My take: Having diagnostic software is an indispensable tool for troubleshooting a computer-controlled car. Without it, you must resort to guesswork and parts swapping to make repairs, an expensive way to go when you’re working on a Porsche.

With Project 914 3.6 running great again, I entered the Sacramento Valley Region Porsche Club of America’s Concours ’d Elegance at Niello Por­sche. While I’m more of a nuts-and-bolts guy than a concours guy, I was curious to see how the car would do against show cars.

As I parked in my designated spot, two people approached. One was the manager of the dealership, the other was in charge of the concours. They asked if I would be willing to move Project 914 3.6 inside the dealership, to a more prestigious location! I won first in class, but the honor of being invited to bring my 914 inside was far more rewarding than a trophy. As I left, I found an invitation on my seat to participate in the Niello Concours at Serrano, a by-invitation-only event. Project 914 3.6 took first in that show’s modified class, but the compliments received from fellow enthusiasts again beat the trophy.

Such feedback meant quite a bit to me, since critics have long called the 914 Por­sche’s ugly duckling. My experience suggests you either love 914s or hate them. If you fall into the latter category, you might wonder if you could build a nice 911 for the same price. The answer is yes. The cost of buying the basic car will be higher, but the cost of most components — from engines and transmissions to trim and seals — will be nearly identical. In some cases, they may even be cheaper due to the stronger aftermarket support for 911s. 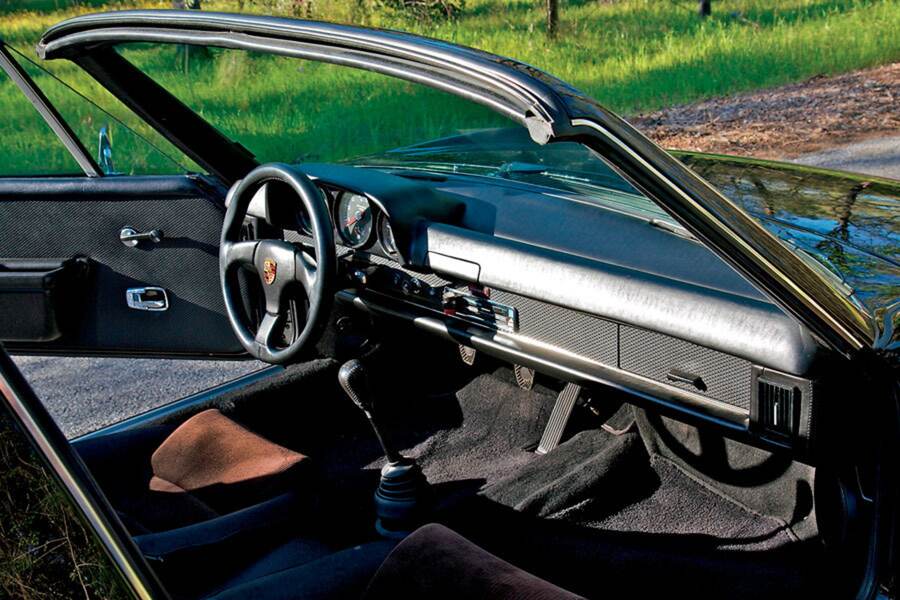 Every time I open the garage, I’m thrilled. The computer-controlled 3.6 yields modern-day convenience with strong performance, while my carefully chosen suspension, brake, and comfort up­grades make this the 914 I’ve wanted to build for 20 years. The success of this project has a lot to do with the help I received along the way. I have a lot of people to thank, but feel especially thankful to the members of 914world.com, to parts guru Jeff Clark at Sun­set Imports, and to all those Excellence readers who patiently followed my build process — for a few more than ten articles.

To see the net cost of the build — which includes a price list of parts bought and sold — visit the next page. 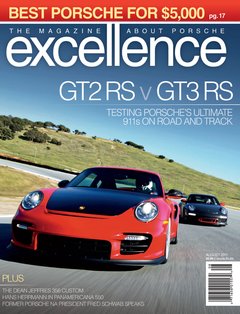