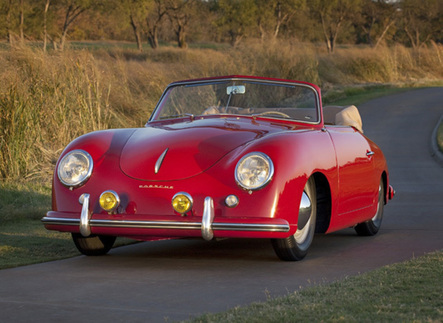 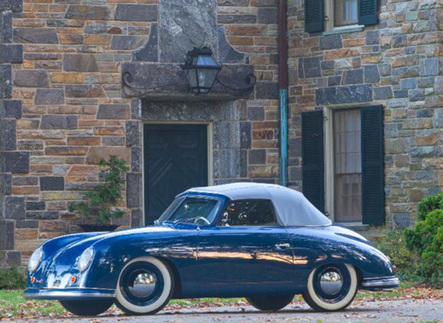 Richard Brumme owns this 1950 356 Cabriolet. It's the oldest known surviving Porsche in North America, although it wasn't originally sold there. Photo courtesy Porsche

The search, which was launched in August, was initiated to celebrate Porsche’s 60th anniversary. It invited North American Porsche owners to submit their cars’ documentation to the company if they thought their Porsches were the oldest originally sold in North America from each model line.

Dr. Robert Wilson of Oklahoma City, Oklahoma owns the award winning 1952 356 Cabriolet, but keep in mind that it was the oldest North American market 356 found. Max Hoffman, the famed Austrian business man who imported the very first Porsches to North America, started importing them into New York in 1950. Wilson’s was imported by Hoffman in November 1952. Wilson found the car in a salvage yard years after it arrived in the U.S. and restored it.

The oldest Porsche found in North America is a blue 1950 356 Cabriolet, owned by Richard Brumme of Annapolis, Maryland. According to Porsche, this was one of the first series production 356s built at the Stuttgart factory after Porsche relocated from Gmünd, Austria. This 356 was also restored.

Each of the 12 owners of the oldest Porsches from each model line will be given an exclusive badge from the Porsche Museum in Stuttgart. Photos of their cars will be on display at the museum’s “Sixty Years of Porsche in America” exhibit which opened October 12.

Brumme’s 1950 356 will be on display in the Porsche section at this year’s Los Angeles Auto Show.

This is the full list of the oldest Porsches originally sold in North America across all 12 model lines (for pictures visit www.Porsche60years.com):