We talk with the racer about co-driving with works drivers, mid- and rear-engined 911 race cars, and more. 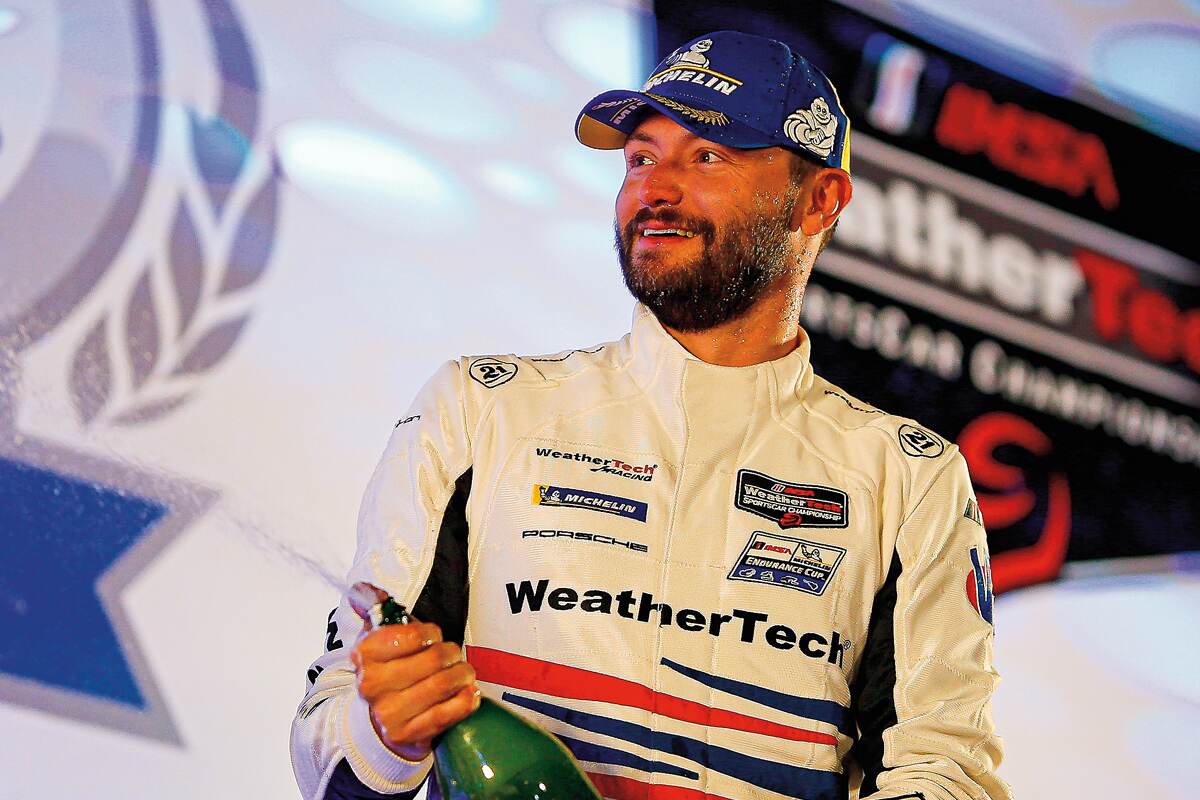 Photos by Porsche and LAT Images

Cooper MacNeil has competed and won in pro racing for close to ten years, and many of his victories have come with Porsche. His pro racing career began with the Alex Job Racing Porsche team in 2011, driving a 997 GT3 Cup car.

After a few years racing with Ferrari in the GTD (GT Daytona) class of the IMSA WeatherTech SportsCar Championship, MacNeil moved up to the GTLM (GT Le Mans) class with Porsche Motorsport and the 911 RSR in 2021, with the WeatherTech Racing team run by Proton Competition. Going up against the factory works teams from Corvette Racing and BMW Team RLL, WeatherTech Racing won its class in the 12 Hours of Sebring and Petit Le Mans and beat Corvette Racing at Road America.

Excellence: How did you get into racing?

MacNeil: My dad (WeatherTech Founder and CEO David MacNeil) raced mainly SCCA amateur stuff for around 20 years, so I grew up going to his races and spending time at the race track. When I was 15, we built an SCCA ITR (Improved Touring R class) car, a 1992 BMW 325is. My Dad had a long relationship with Randy Pobst, so when we built the ITR car, he asked Randy to be my coach, so he coached me at Autobahn Country Club.

I raced SCCA for a while, and then when I was 18 in 2011, I started racing in Yokohama GT3 Cup and Ferrari Challenge. The year after that was my first year in pro racing in the American Le Mans Series (ALMS) with Alex Job, who my dad raced with at Sebring in 1999. We won the ALMS GTC class championship in 2012 and again in 2013.

Excellence: Can you talk about Porsche’s role in your early pro racing career? Was it difficult to transition from the SCCA BMW to a Porsche?

MacNeil: I vividly remember the first race I did in the Porsche because I couldn’t walk afterwards. I didn’t realize how hard it was to drive a 2011 Cup car. It really opened my eyes to what it takes to drive at that level for that long and be flat out the whole way. I eventually realized how to drive the car appropriately and learned what it likes and doesn’t like.

Excellence: What made you move away from racing Porsches to racing with Ferrari after winning championships with Porsche?

It came down to handling characteristics, really. The 911 GT3 R is still rear-engined—which makes no sense to me after driving a mid-engine car—and was difficult to drive in all the previous years I drove with Porsche. It would do a lap time, but to do the same lap time over and over, you had to be over the limit the whole time, whereas a mid-engine car is much easier on the driver and on tires and is more forgiving to drive. 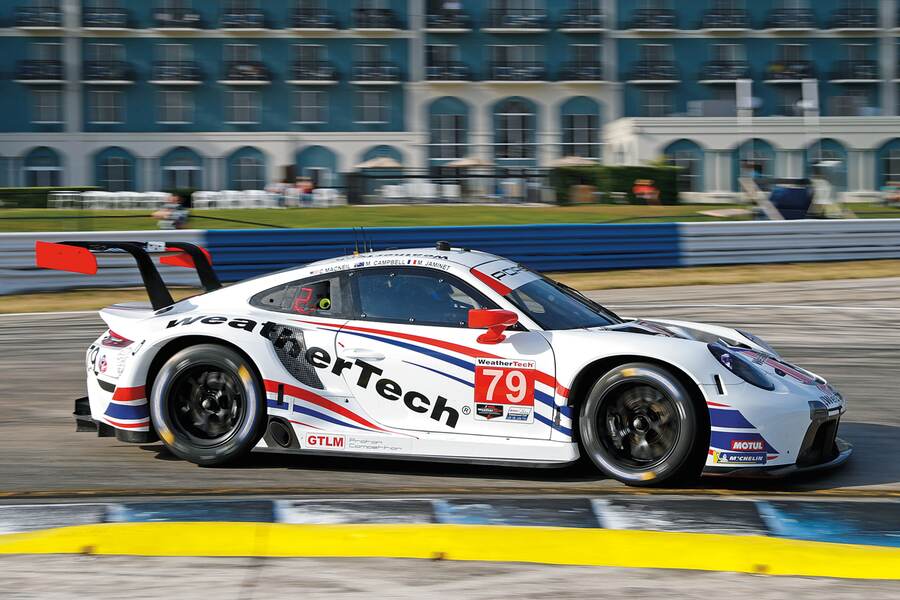 Excellence: What made you decide to move up from Ferrari in the IMSA GTD class to the GTLM class with Porsche in 2021?

MacNeil: I raced in GTD a long time, so I just felt like giving something else a try. The right opportunity to run the 911 RSR in GTLM came when Core Motorsport (who previously ran the factory program for Porsche in the IMSA GTLM class) pulled out at the end of last year. I was planning on running the Ferrari in GTLM originally, but things fell through with that.

I had a previous relationship with Christian Ried and Proton Competition from running at Le Mans in 2016, so all the stars aligned, and it made sense. We put a GTLM program together in about two weeks. It’s been going well. We won some races, and there were a couple of others we should have won.

Excellence: What did you have to learn about the 911 RSR to be fast in it? Was it a smooth transition after being used to driving the mid-engined Ferrari?

MacNeil: Yeah, it was a smooth transition because they’re similar with the mid-engined aspect. The biggest change from GTD was having more aero and more tire, so essentially having more corner speed with the increase in aerodynamics and the confidential Michelin tires, which made a huge difference.

They are more sensitive to the type of compound that’s used and are a little less forgiving. The 911 RSR is very aero-sensitive, so there’s a very fine line with setup. It was tricky sometimes to get it in the right window. (IMSA allowed more specific and confidential tire compounds to the manufacturers in GTLM while GTD teams all had to choose from the same tires and compounds).

MacNeil: It’s been great. I’m used to driving with multiple drivers, so it was an easy transition, and all those guys are plug and play. They’re all factory drivers for a reason. I get along with all of them, and I’ve known most of them before this program just from being in the sport for 15 years. They’ve given me a lot of advice on driving the RSR. They’re obviously faster than me, so we look through data and video after every session. There’s no reason not to be a sponge and learn everything I can from them.

Excellence: You guys have won some big races, and you’ve put in some strong performances in the car, which must be very satisfying. 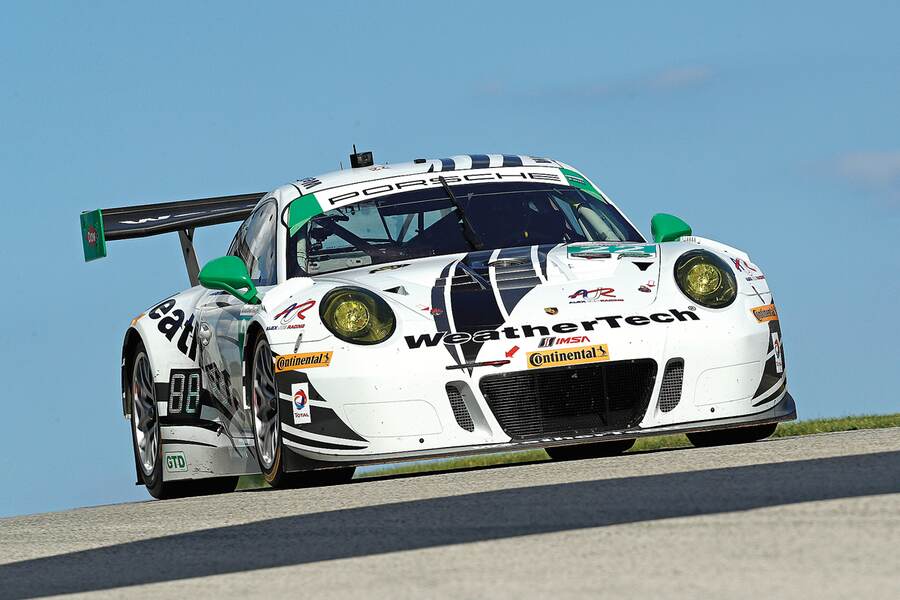 MacNeil: Yeah, I’ve had some good qualifying performances, which I’m proud of. I’ve been doing this long enough that I ought to be able to put in a good lap here and there, right? It’s all about matching the setup with track conditions and the tires. Things must line up a bit more for me than the factory guys because they do this for a living, and I don’t.

Winning Sebring against the two-car factory efforts from Corvette and BMW was huge, and winning the Petit Le Mans in the RSR with the team coming home one-two was truly a dream come true. I really believe we were going up against some of the best teams in the world and some of the best drivers in the world as well, which made the double win so much more satisfying. It was definitely the best way for the RSR to go out of IMSA in style. It was also a very important win for us at Road America since it’s our home race. The company isn’t that far away in Chicago, and we had 350 employees at the race that weekend.

Excellence: Where does the Porsche 911 RSR perform at its best?

MacNeil: It’s good everywhere, honestly. It struggled a bit at Long Beach because of the road surface and conditions. It’s really bumpy and low grip there. This car likes smooth tracks more—tracks like VIR and Watkins Glen, where it’s billiard table smooth, which is like every track it races on in Europe. Then again, the car shines at Sebring (which has a notoriously rough and bumpy surface) and is really quick there.

Excellence: Did you miss having more competition in GTLM like you would if you had stayed in the GTD class? (IMSA’s GTLM class had only three entries for the full season, with the WeatherTech Porsche and the pair of Corvettes. BMW only entered the four longer endurance races).

MacNeil: I don’t control the car count. If I did, I would have had more cars in the class. More competition is good for the series, the fan base, TV, everything.

It’s a positive and a negative. It was positive because the worst we can do is third, and we have two cars that we can focus on beating. It was negative because it would have been nice to have more competition.

Excellence: Speaking of competition, is there anything you can say about next season? (In 2022, IMSA will drop GTLM and move to GTD Pro and Pro/Am classes, with the same GT3-spec cars and tires used in each category). 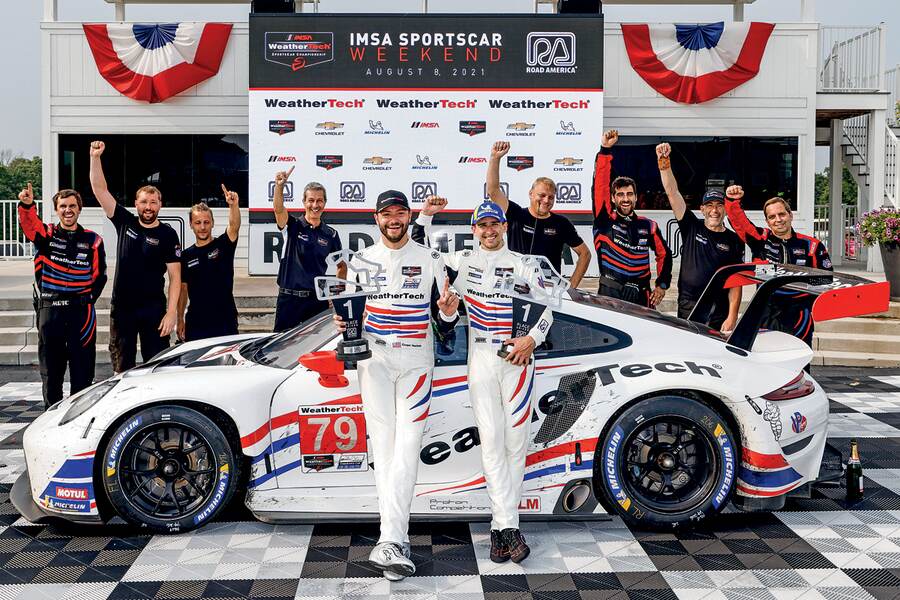 MacNeil celebrates in victory lane at Road America in 2021 with co-driver Matt Campbell and the crew.

MacNeil: It’s undecided at this point, but we’re leaning towards competing in GTD Pro with Porsche.

[Editor: WeatherTech Racing announced in early January that it will be contesting the IMSA GTD Pro class championship with a Porsche 911 GT3 R driven by MacNeil and factory driver Julien Andlauer. The program will again be run by Proton Competition.]

Excellence: The Porsche you would race in GTD Pro is the GT3-spec 911 GT3 R, which is rear-engined. Are you concerned at all about going back to a rear-engined Porsche after racing in the mid-engined 911 RSR this past season?

MacNeil: The mid-engined RSR really took the car to the next level, handling-wise. It is extremely well balanced, and I loved the mid-engine aspect. I tested the new GT3 R recently in Portimao, and I must say it is a lot better than the last time I drove the GT3 R back in 2016. I obviously still prefer the RSR, with it being mid-engined, but with things going towards GT3 globally, unfortunately, it won’t be raced in the States anymore.

Excellence: Are there any skills that carry over from flying to racing? (MacNeil flies both airplanes and helicopters. He has a helicopter pilot license as well as both fixed-wing and fixed-wing-with-instruments airplane licenses).

MacNeil: The smoother you are in a race car, the faster you are, and the smoother you are in an airplane, the better you fly, so those traits are similar in that way. Racing is about minimizing safety, in that if you’re not on the raggedy edge on every corner of every lap, somebody else is, and they’re going to beat you.

Flying is all about maximizing safety and doing everything within the parameters of the limitations and planning ahead. Racing is a bit of the seat-of-the-pants thing, especially when you’re in a battle with somebody. As far as the controls go, the controls in a helicopter are more sensitive than any controls I’ve ever had in my hands before. They’re super touchy and require a lot of feel. Flying is very similar where everything needs to be smooth and easy. 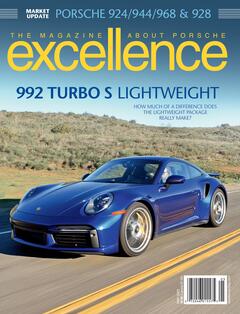