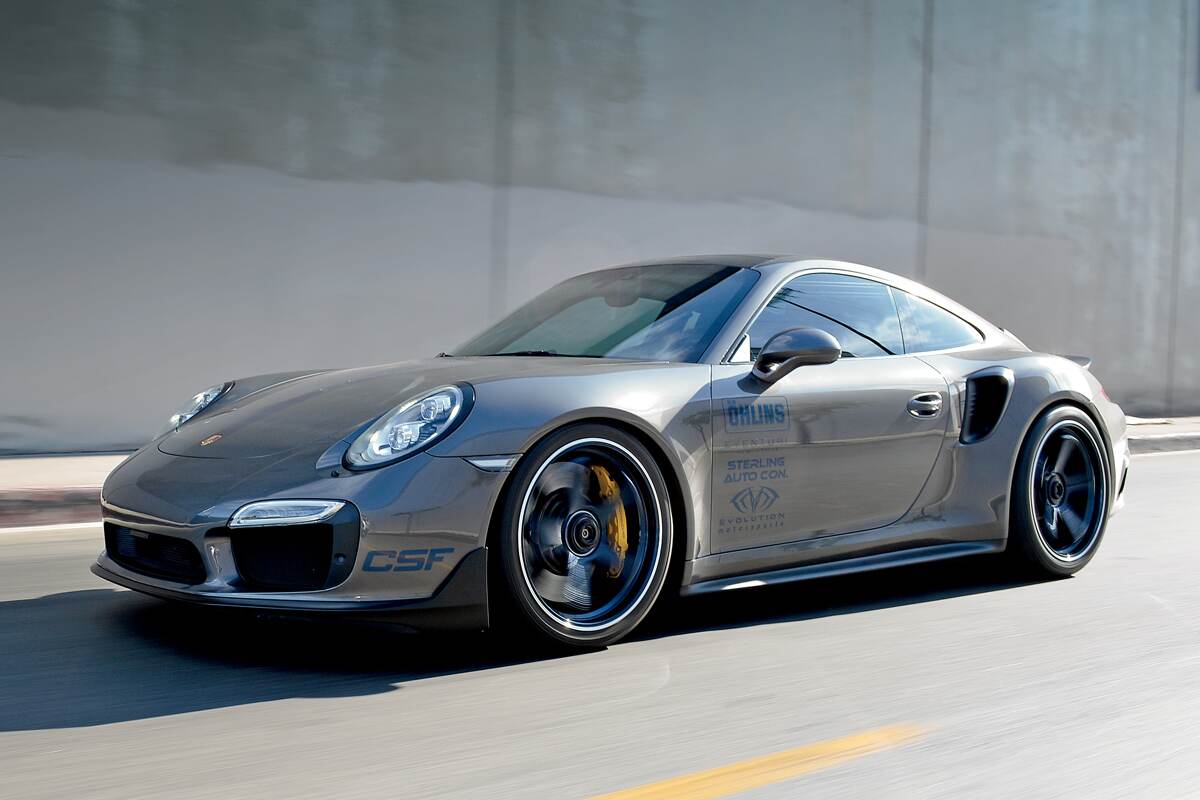 The 911 (991.1) Turbo S was and is a sensational performance machine. It goes, stops, and corners better than most enthusiasts of all makes and models would believe. With 560 hp and 553 lb-ft of torque right off the showroom floor you’d think the Turbo S couldn’t be made much more thrilling. But you’d be wrong. Tuned to chuck out 1,182 horsepower (a 111% increase over stock!) in a setting known as “Kill Mode,” the Porsche beast you see here goes like a top-tier supercar.

To get to “Kill Mode” (named this by Wayne Potts of International Speed Consulting (ISC) as a way of saying, “This is race mode, there’s no holding back, and we’re going in for the kill!”), one has to toggle the cruise control lever on Ravi Dolwani’s 2014 991 Turbo S. But cruise control itself has been deactivated. Instead, you scroll through three settings, with the first mode tuned for 91 octane, the second for 100 octane race gas, and the third for E85 Kill Mode. If the octane doesn’t meet the requirements of any of the three modes, the full-flex fuel support system can blend engine maps to avoid catastrophic damage.

As advised by Dolwani, Kill Mode is engaged, the PDK gearbox is in automatic, and Sport Plus is activated. With the engine spinning just under 3,000 rpm in sixth gear and no other cars in sight, it’s go or go-home time. A foot flat to the floor tells the PDK to kick down a gear (or is it two?), sending the twin-turbo six’s revs to 5,000 rpm and the Turbo S hurling towards the horizon. In my peripheral vision, I can see the tach needle touch the redline before the PDK shifts up again. 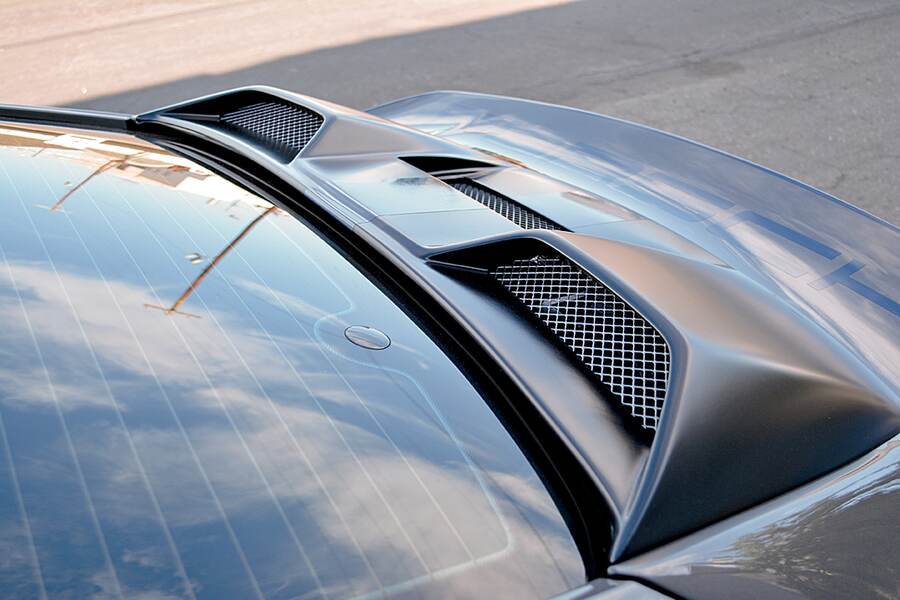 Expecting some wiggle from the chassis, my sweaty palms are ready for steering corrections, but only minuscule amounts are called for as the Turbo S streaks along firmly hunkered down to terra firma. With my foot still to the floor, there’s another upshift. As we approach the crest of the hill, I back out and look to see the speedometer reading 125 mph.

We didn’t time that quick foray into hyperspace. Still, for context, Dolwani says the car’s best 60-130 mph time—a common measurement that half-mile airstrip racers and Texas Mile competitors use for comparison—was 4.4 seconds during a half-mile event in the spring of 2019. During that same event, the car went from a standing start to trip the half-mile timing lights in 14.69 seconds at 187 mph.

So, what served as the inspiration for such an extreme Porsche?

“I thought that the 991 Turbo was ripe for being modified,” explains Dolwani. “The 991.1 models are three to five years old now, coming off leases, and landing in the hands of second owners. This platform has proven to have a lot of potential. Many big builds are now pushing over 1,000 hp! Plus, the 991 Turbo has developed a following in half-mile racing competition, which interests me, so that is what I wanted to focus the build around.” 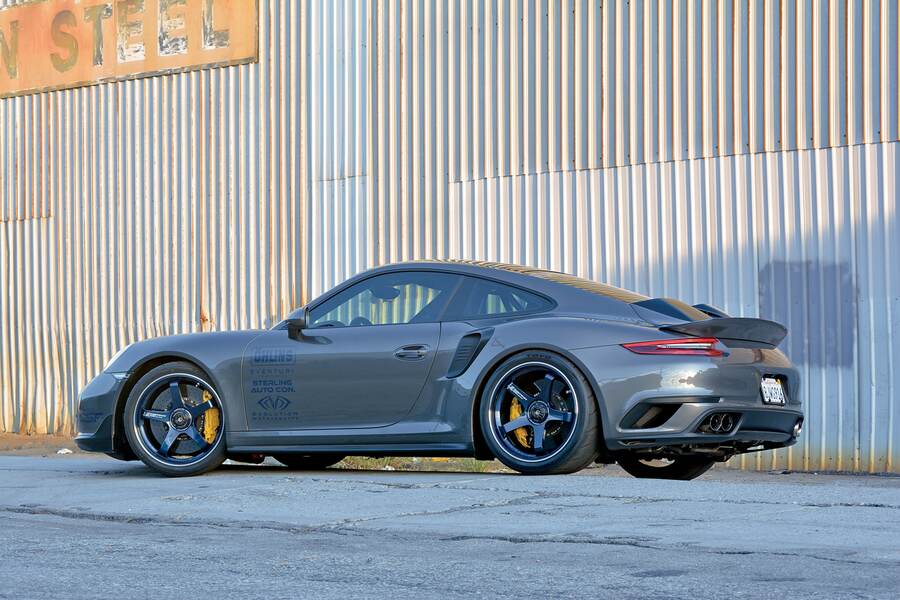 To get to 1,182 horsepower and 968 lb-ft of torque, Dolwani’s Turbo S uses an EVOMS EVT 1100 Turbo System by Evolution Motorsports in Phoenix, Arizona. The package is based on larger Borg Warner EFR 7163 ball-bearing turbos that utilize 71 mm (2.8 in.) compressor turbines instead of the stock 56 mm (2.2 in.) turbines, making them the largest “small-frame” turbo on the market. 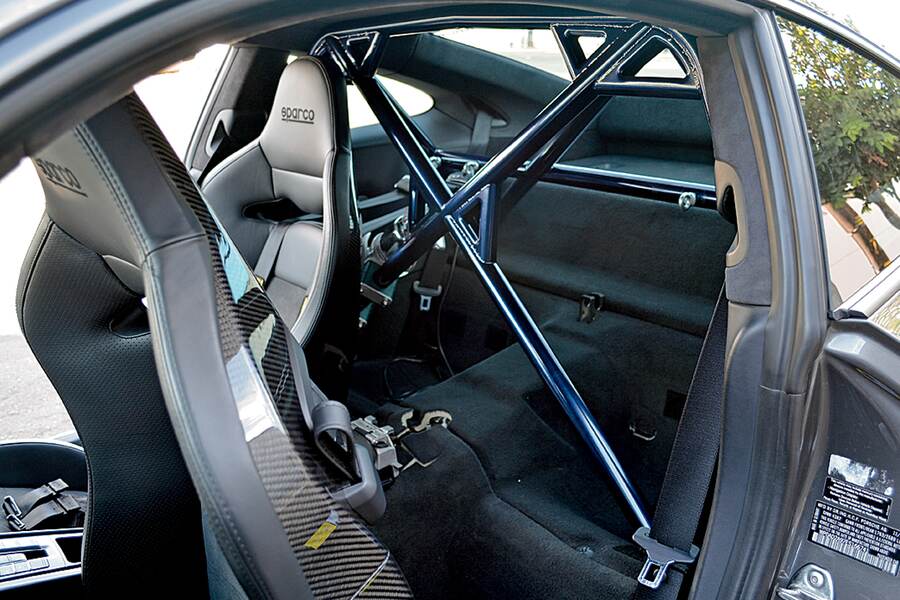 The Syvecs engine management system is a favorite amongst the high-power set, and this system is based on their plug-n-play 991 Turbo map. The aforementioned Wayne Potts of ISC did further fine-tuning of the system. The Syvecs electronic control unit (ECU) in Dolwani’s car features custom-tuned launch and traction control. His is set to launch at 3,500 rpm to be kinder to the PDK. His best 0-60 mph time is 2.3 seconds, and his fastest quarter-mile time is 9.48 seconds. For perspective, the 887-hp 918 Spyder supercar runs the quarter-mile it in 9.8 seconds, and the 808-hp Dodge Challenger SRT Demon, which has the fastest quarter-mile time of any normal production car, does it in 9.65 seconds.

To further help the PDK deal with the extra power, Dolwani installed a stronger Dodson clutch and added a Dodson transmission brace. The PDK’s programming has also been altered with Cobb PDK software, and it currently runs in the “High Torque Aggressive Mode.” 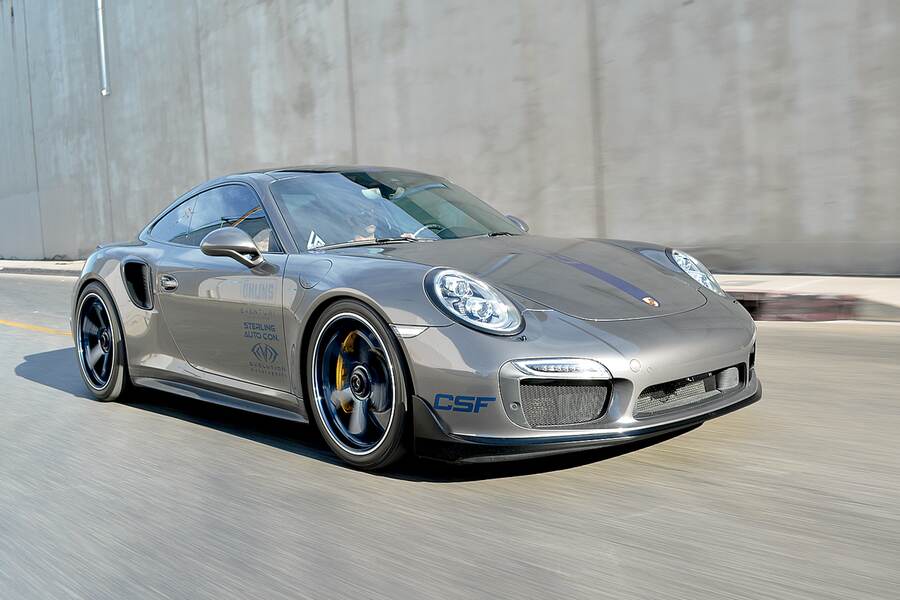 Satisfied with the car’s output and straight-line speed, Dolwani then addressed the suspension to get it to handle on track days. He chose a set of adjustable Ohlins Road & Track coil overs, and Advan GT center-lock wheels (20 × 9.5-in in front and 20 × 12-in in back) in Titan Blue wrapped in Toyo’s R888R tires (265/35-20 front and 315/30-20 back). The suspension uses GMG thrust arm bushings, and it was also corner balanced and laser aligned by GMG.

To put his own aesthetic touch on his Turbo S, Dolwani swapped the side air ducts for those of the 991.2 GT3 RS, added 991.2 GT2 RS side skirts, and fitted a front lip from the factory Turbo Aerokit. The rear decklid, a one-off, is made by Sterling Auto Con and features raised intakes to recreate the look and function of the decklid on the GT2 RS, while the upsweep of the trailing edge is an homage to the duckbill spoiler.

“It may not be as flashy as a big wing GT car or other modified Turbo,” says Dolwani, “but it’s definitely more menacing and has a certain undeniable presence. Just standing next to it, there is no doubt it’s packing a huge punch.” 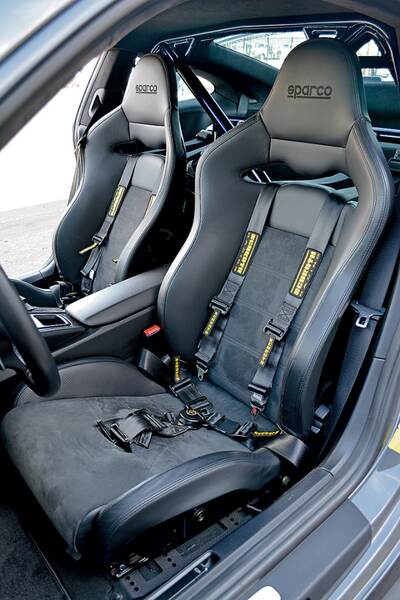 On the Road Again

After the freeway blast, we head to the Ortega Highway in Orange County to get a better feel for the handling. A favorite amongst sport bike riders and four-wheeled enthusiasts, the Ortega Highway is a classic Southern California canyon pass featuring tight second- and third-gear turns that come quickly one after another. There are lots of blind crests and turns, while run-off room is practically non-existent.

Traffic during the first half of this drive through the canyons keeps speeds low, which turns out to be an excellent opportunity to assess drivability. As you’d expect from big turbos that don’t have the variable turbine geometry (VTG) feature of the stock ones, they take more exhaust flow to start delivering boost. But that’s not to say the engine is a virtual on-off switch. It has plenty of torque for normal traffic speeds, but it takes a small but noticeable fraction of a second longer to build pressure at low revs.

Thankfully, traffic is light going in the other direction, allowing us to explore the outer edges of this car’s performance envelope. As a slow-moving car ahead pulls onto the turnout letting us pass, I notice my mirrors are full of a red BMW M4. Rather than let him by, I pick up the pace. I give the Turbo S more, but not full, throttle on the short straights, carrying good speed into the corners on lightly trailing brakes. The Porsche turns in sharply, the Toyo R888Rs dig in, and the car holds its line without a fuss. The Ohlins keep the car stable and carving the corners with the accuracy of a scalpel.

Yet, the red M4 is still in the mirrors. Knowing there is more left in the car, I drive into and out of the corners faster and give it full throttle on the short straights. Another quick glance shows the M4 is much smaller than just a moment ago, closing up only under braking. But with the higher cornering speeds, the Toyos are starting to tell me that the slip angles are increasing. At what feels like 8/10ths, there’s the slightest amount of understeer. Even so, it still has a grip level that is nothing short of astounding.

Factory equipped with rear-axle steering (RAS), the system does its job in stealth fashion, making the Turbo S feel more agile than any other 911 I’d ever driven. The RAS and revised suspension in the 991 has also helps make the 991 feel more like a mid-engined car than ever before. You feel less of the weight and the resulting pendulum effect when tossing the car around.

As the events unfold, Dolwani sits quietly in the snug Sparco SPX passenger seat. As the one who put all of the pieces together, and the one who has taken it on the track, he has first-hand knowledge of just how capable his big-boost Turbo S is. If we were on a race track, the driver of the M4 likely would’ve given up after being left behind on the first straight. In the end, this car can be driven on the street, no problem, but it’s urging you to really nail the throttle. It’s a full blow half-mile race car that is plenty capable on public roads, but it feels most ready to be unleashed at the airstrip! 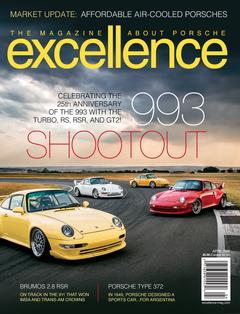