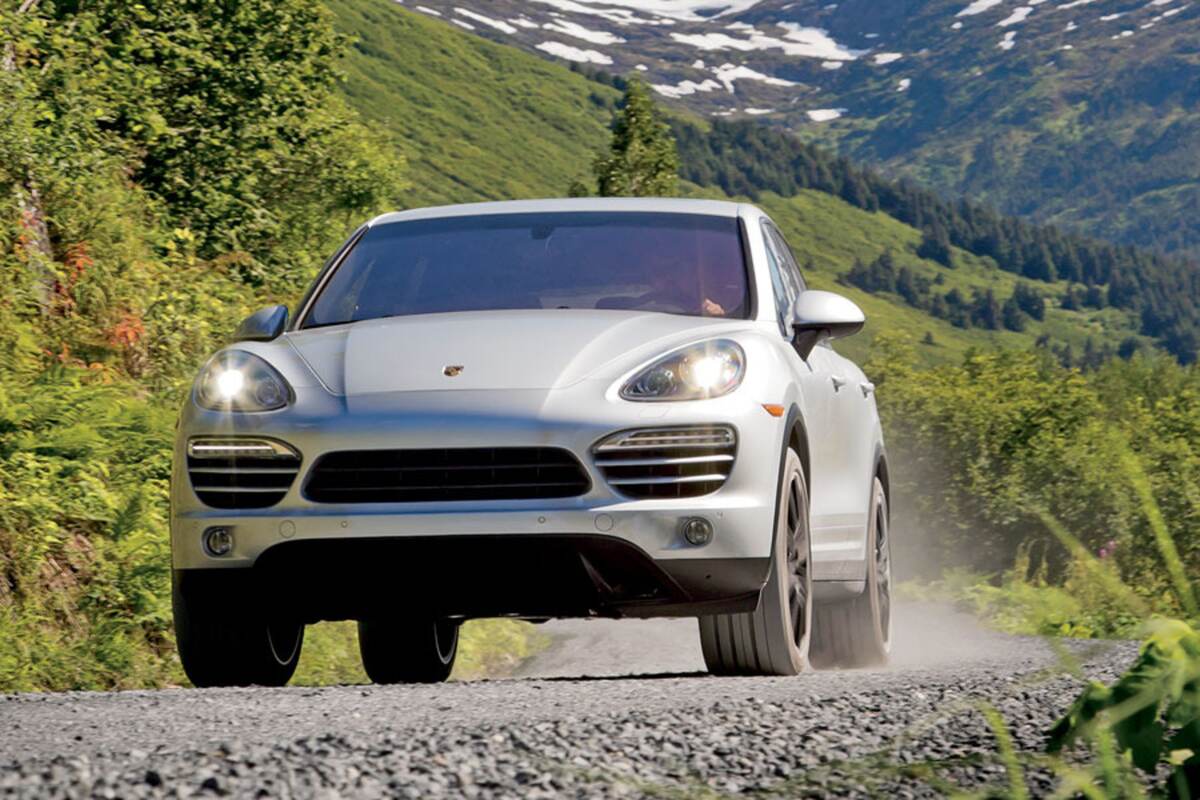 WHETHER YOU EMBRACE PORSCHE’S USE OF DIESEL POWER as a realistic solution to the high cost of fueling a luxury SUV, view it as a corporate parts-bin concession to CAFE standards, or even think an oilburner from Stuttgart is worse than, say, Porsche being absorbed into the Volkswagen Borg, there’s no denying the appeal of this latest addition to the Cayenne stable.

In fact, after just a short drive of a 2013 Cayenne Diesel along Alaska’s Kenai Peninsula, I was besotted with admiration, proclaiming to the chief of PCNA that all other Cayennes were made irrelevant by (in some admittedly impolitic phrasing) “your bloody torque-monster.”

Detlev von Platen, like most high-powered CEOs would have done, deflected my inane profanity with a charming smile. He did, however, admit, in much more elegant phrasing, that the 406 lb-ft of torque’s willing submission to a heavy right foot is as vital to the Cayenne Diesel’s appeal as its 740-plus miles of range from a fill-up of its extra-large, 26.4-gallon fuel tank.

If time had permitted, I could have driven the 358 miles to Fairbanks and back without stopping, and I would have been happy to do so, because, in all respects the Cayenne Diesel is pure Porsche. It matters not a whit that the Cayenne’s 3.0-liter V-6 is more or less the same engine as the TDIs in the Audi Q7 and VW Touareg. With its place of pride, nestled within the Cayenne’s superior chassis, the Porsche diesel reveals little of its high-compression (16.8:1) nature, and instead delivers the instant gratification we once demanded of gas-guzzling V-8s as well as the long-term pleasure of driving a fuel-efficient sport ute.

Of its diesel-powered competition, all of which are German-bred, the Cayenne Diesel is the lightest and most fuel efficient — and though its 0-60-mph run of 7.2 sec. and 135-mph top speed might not make it as fun to drive as BMW’s X5 diesel, any edge it gives up around the skidpad or on the dragstrip seems, well, irrelevant given the rationale of owning an oilburner.

During the leisurely test drive near Anchorage, when I treaded the pedal as lightly as if I were picking my way through a meadow dotted with moose pies, I coaxed more than 30 miles from each gallon of diesel. I also found a few stretches of highway absent of RVs on Alaskan safari and enjoyed the inexorable, and seemingly inexhaustible, surge of torque from the turbo six at full throttle — with, of course, a complementary sharp drop in fuel mileage. Even so, effects of the 125-mile test route barely registered on the fuel gauge.

Though the Cayenne Diesel first appeared in Europe in 2009, this first U.S. edition is different in some significant respects. First, it’s built off the second-generation E2 platform, so it’s lighter than the Gen-I Diesel by about 500 lb (and, not incidentally, it’s about 775 lb less than the seven-passenger Q7); second, the engine is built around a new vermicular graphite cast-iron block that’s lighter and more rugged than the block originally offered in the VW and Audi (both get the new block this year). All the modern diesel goodies are there, of course: common rail direct injection, high-pressure Piezo-controlled injectors, and AdBlue NOx-reducing fluid, which must be serviced every 10,000 miles.

In most other respects, the Diesel is identical to the Cayenne V-6, in appearance except for discrete badges on each flank, and in its range of equipment. Air suspension and PASM are optional, but Porsche Torque Vectoring, which we found so useful on the Cayenne GTS, is not available. Nor, thankfully, is the Auto Start/Stop system, which we find generally useless.

Like its siblings, the Diesel’s ergonomics are uniformly first rate, except for the old-style steering wheel-mounted shift buttons used to operate the eight-speed Tiptronic S gearbox. Paddles are hopefully on the way, though in normal use there’s little need to choose the gears yourself because of the broad powerband and the seemingly endless supply of torque that ramps up to maximum at just 1750-2500 rpm. The Diesel’s 240 hp peaks from 3500-4000 rpm; redline is 4600 rpm.

Will the Cayenne Diesel be a hit in the American market? Probably, and for all the right reasons. It is comfortably priced with a base sticker of $51,850, it feeds our thirst for stoplight getaways without showing an excessive thirst for fuel, it runs almost as quietly as its gasoline counterparts, and, last but hardly least, it represents the best attempt yet at transforming a once dirty and derided technology into a leaner and cleaner approach to internal combustion.

FORMER PORSCHE CEO Wendelin Wiedeking once famously said, “Diesel engines do not have the sporting character that Porsche drivers seek.” He might have been right ten years ago, but the world has moved on.

I have just driven the new Cayenne S 4.2 V8 Diesel, and I think it is the best Cayenne of the lot. It truly is all things to all people, and has enough dynamic and aural character to be engaging to the Porsche enthusiast.

When you get the chance to exercise your right foot, the acceleration from 382 hp and 626 lb-ft (850 Nm) of torque is addictive.

Punch the throttle and keep it nailed to the carpet, and the glorious g-force that pins you back in your seat flings the big Cayenne S Diesel to 60 mph in 5.6 sec. Keep going and you will pass 100 mph in 13.8 sec. To put that in perspective, these numbers are Porsche 928S or 911SC territory!

I have always said that while the cost of fuel itself is not the issue for the wealthy, the time lost in having to regularly stop and fill up a big fuel tank certainly dulls the meaning of luxury.

The Cayenne S sips diesel at just a tad over half the rate of its petrol Turbo sibling, so if the two were to drive coast-to-coast, obeying all speed limits, the oil burner would win hands down.

The Cayenne S Diesel is a natural traveling companion for the Porsche enthusiast who needs a comfortable, capacious and relatively economical family holdall. Next stop, America? 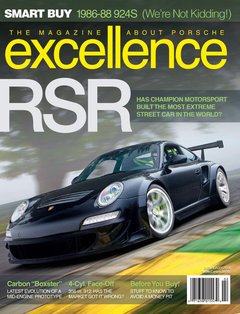