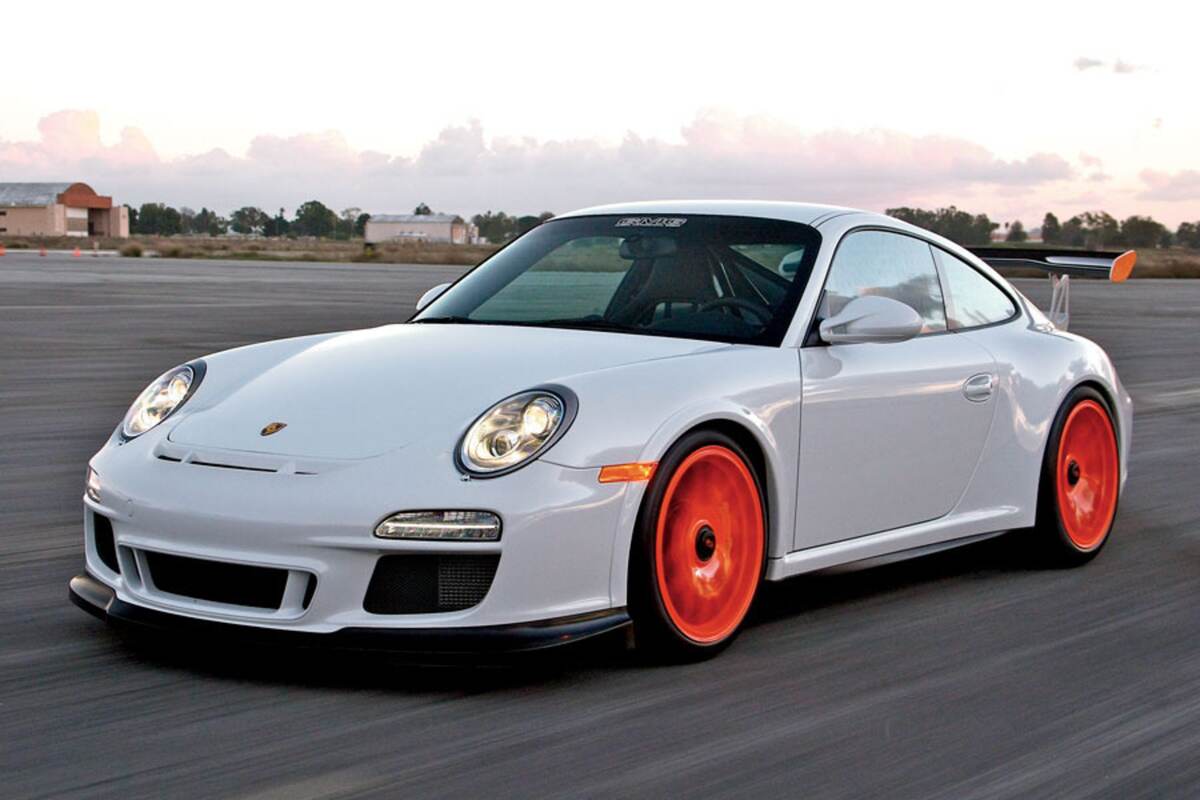 Blasting down the runway at the former U.S. Marines airbase at El Toro, it’s clear that the GMG GT3 RS goes a step beyond the standard issue. I’ve never found the current GT3 RS in­adequate in any area, but this white 911’s suspension tweaks and spine-tingling exhaust howl are making a good thing even better.

That said, extra decibels aren’t always welcome. Out on the street, I find myself wishing this car’s sound output was about half­way between a stock GT3 RS and this setup. Maybe I’m getting old? One thing is certain, though: This car’s owner needn’t worry about extra decibels.

Proving gearheads come in all flavors, the owner of this modified 2011 GT3 RS happens to be a potato farmer in Idaho. “We built his 2007 GT2 to our WC spec, and he just loves it,” says GMG technical director Fabryce Kutyba. “With 15,000 acres of land in his backyard, this gentleman has the space not only to grow lots of potatoes, but also to build a 12-mile long, four-lane wide, private road on which he has clocked 213 mph in his GT2!” 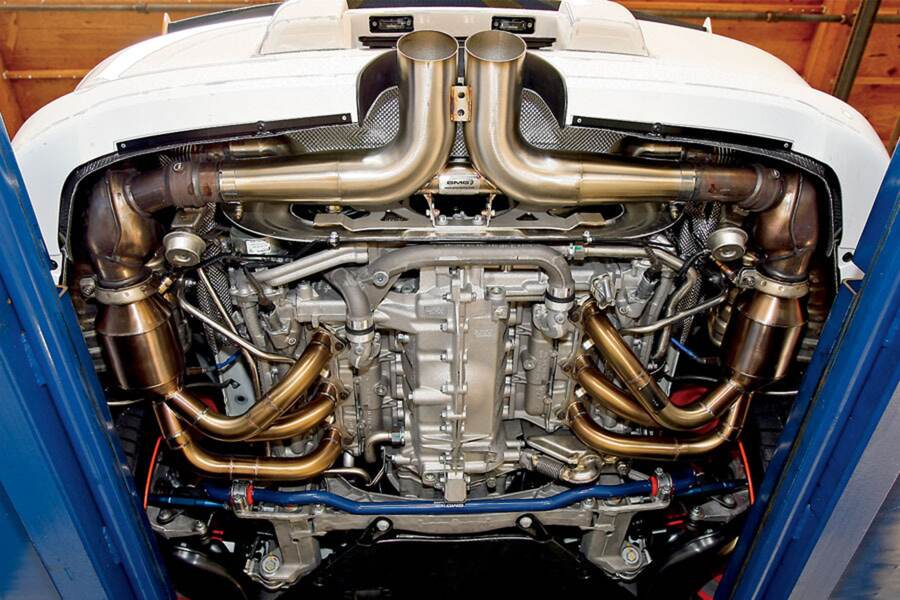 Kutyba acknowledges Porsche’s second-gen 997 GT3 RS as being close to perfection. “Our goal is not to change what Por­sche stands for, but to focus more sharply on the areas that our hardcore customers require for track-day work,” he says. “The knowledge that GMG gains in competition feeds back to the parts we offer in our road-car program.”

A stock GT3 RS boasts 450 bhp, which seems close to the 3.8 six’s developmental limit. Thus, I was surprised when Kuty­ba told me GMG’s tuning kit releases another 32 bhp — bringing the total to 482 — without internal engine modifications. He says torque is also up by 12 lb-ft, to 329 lb-ft. This is before any ECU re-mapping, says Kutyba, since GMG is working with chip tuner GIAC and expects a (slight) further gain. While we can’t confirm the claims, we can say that the 3.8 is still tractable enough to be driven around town in third gear.

The hardware changes begin with a new air filter that GMG says is worth a couple of extra horses, but the major contributor is the new stainless-steel ex­haust with matched, equal-length headers, 200-cell catalytic converters, and new side mufflers. The system replaces the stock exhaust’s secondary muffler with a new center section, saving 10 pounds on a standard GT3 and five pounds on an RS (due to the latter’s titanium setup). GMG says the system adds 10–15 decibels at full cry, a substantial increase since stock GT3 RSs already exceed the sound limits at many race tracks. 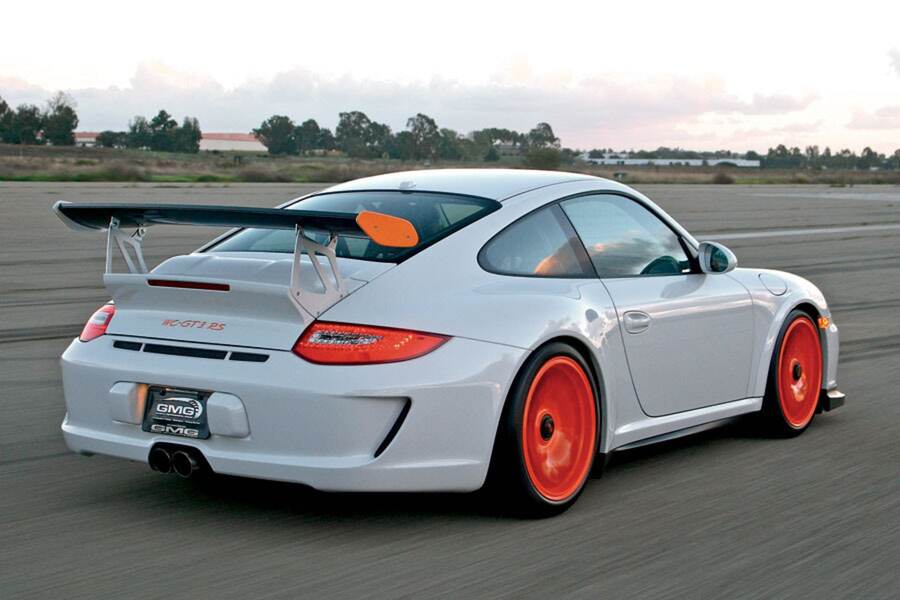 The 19×9 and 19×12 forged alloy wheels are six pounds lighter up front and nearly nine pounds lighter at the rear, and wear stock-sized 245/35 and 325/30 Pirelli Tro­feo Spec tires. The real key to the car’s even sharper handling, however, is a Level 2 semi-race suspension kit that uses fully-adjustable coil-overs, adjustable anti-roll bars, and selected GT3 RSR components. Ride height is set 15-mm lower than stock, but a bump-steer kit brings the roll center back to the proper height using modified tie-rod ends and bushings.

These suspension modifications take advantage of GMG’s bolt-in roll cage made out of TIG-welded, 4130 chrome-moly steel. Its chief advantage over the factory’s Clubsport equivalent is that you can move the lightweight Recaro race seats all the way back if you’re tall. The final tweaks are aerodynamic in nature. While the latest GT3 RS is perfectly stable on the autobahn at close to top speed and pretty effective on track, too, hardcore track junkies will want even more downforce — especially if they’re running slicks. For that reason, GMG added a race-car front splitter and a rear-wing Gurney flap.

Out on track, the suspension changes are brilliant. The car turns in even more incisively, and the lowered chassis — with its race-bred components — makes the RS’s already pointy but stable front end even more aggressive into the turns. The cumulative effect moves the 997-2 GT3 RS a couple steps closer to a Supercup racer. Criti­cally, GMG has managed to maintain the exquisite balance of the stock GT3 RS while taking turn-in response, handling, and mechanical grip a notch higher. 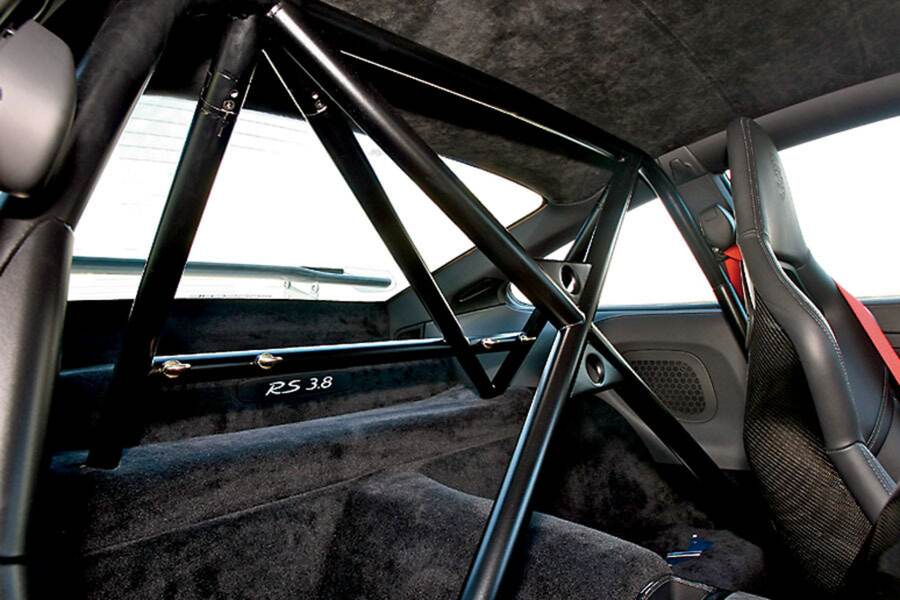 There’s always a cost, though, and the GMG car has traded some ride comfort for greater precision and a greater sense of involvement. Ride comfort is now somewhere between the 997-1 GT3 and 997-2 GT3, but still vastly better than the choppy 996 GT3 RS. For track-day types, one suspects the tradeoff is worthwhile. The steering, in particular, delivers its messages even more crisply, thanks in part to the slight increase in negative camber. The rear end, thankfully, follows the front faithfully into a turn without any nervousness.

Loud pipes aside, this RS is a realistic proposition as a daily driver. Of course, it might be a bit much for anyone this side of the hardest core — and may even be too hard for some real junkies, too. It is, however, the closest thing to a street-legal Supercup car that I’ve tried yet. 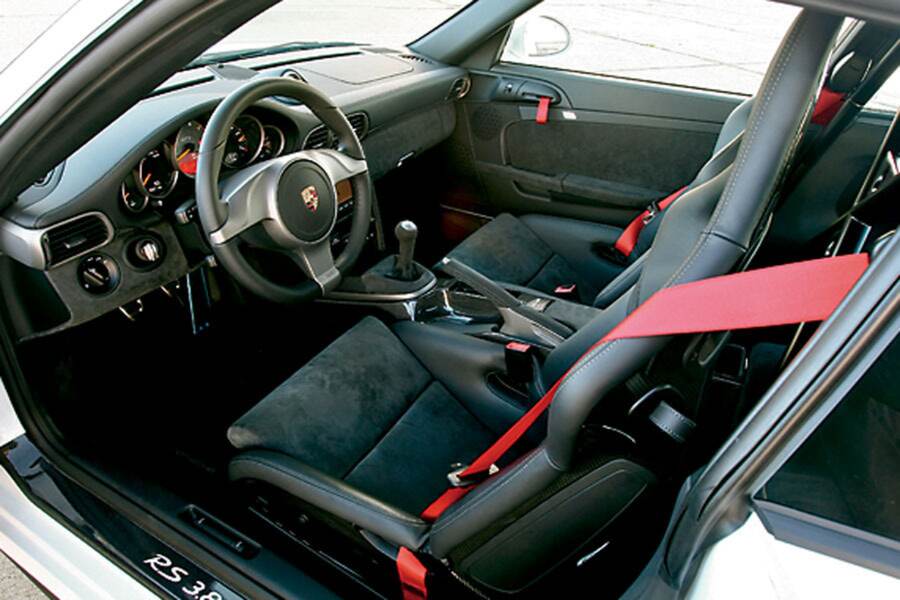 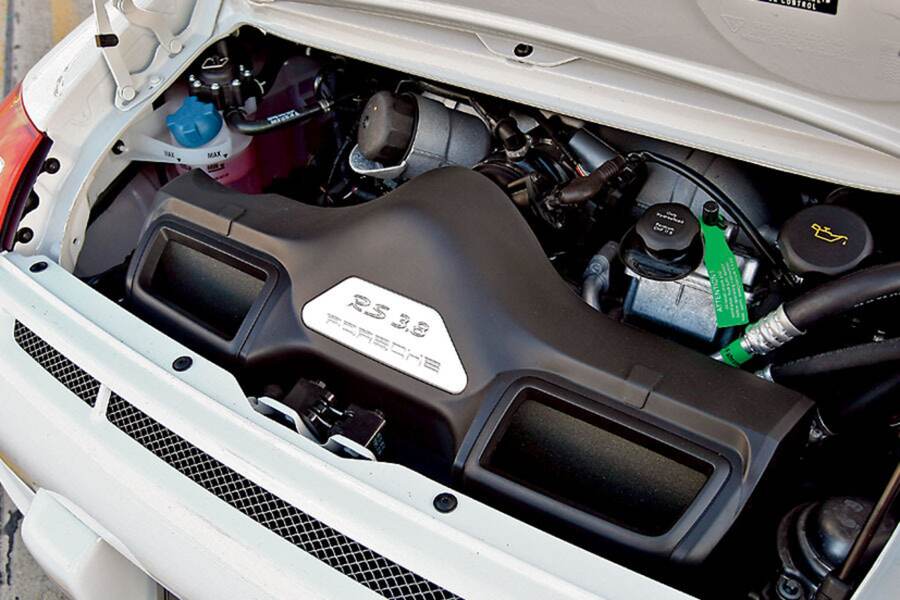 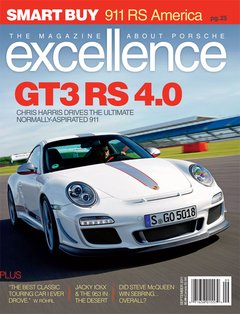