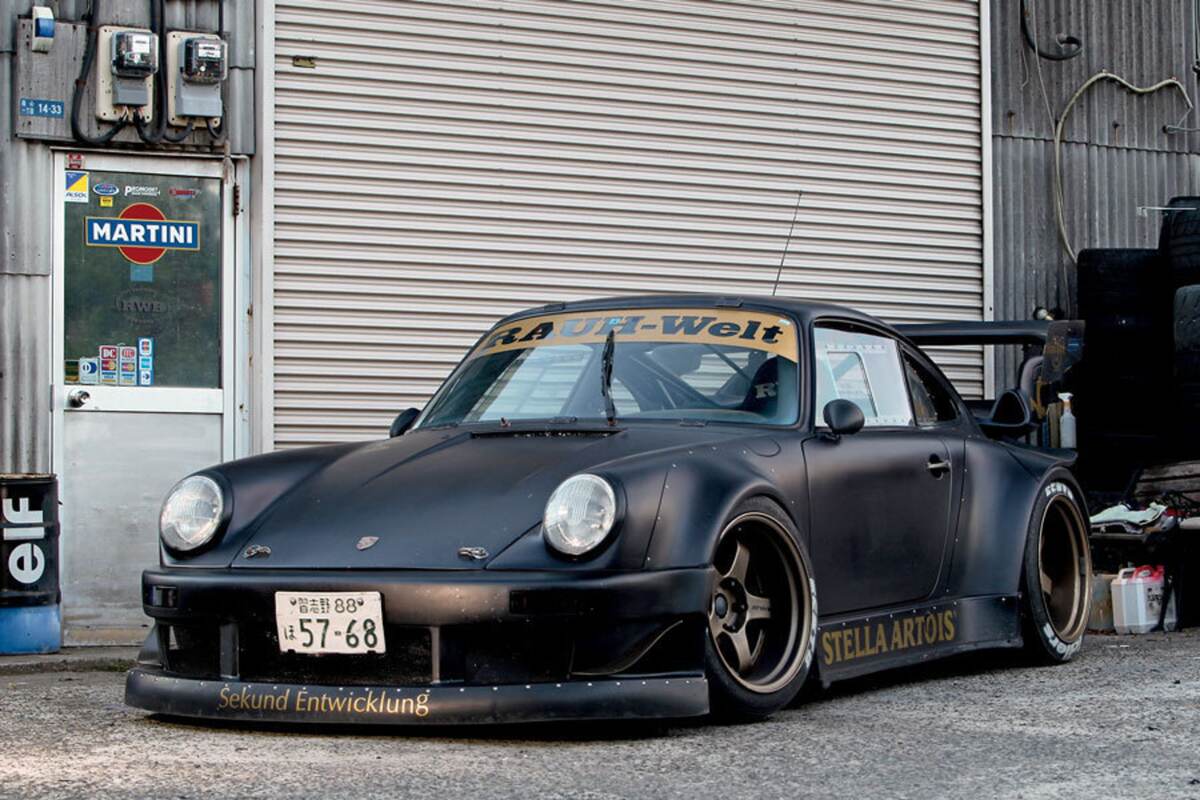 Can a body shop reach cult status? If its name is Rauh Welt Begriff, the answer is yes. Over the eight years Akira Nakai’s little body shop in rural Chiba has been in business, its Porsche wide-body conversions have come to represent the bleeding edge of cool in Japanese car culture.

Nakai’s is a body shop unlike any other. Memorabilia is littered throughout the corrugated steel structure. In its lounge/ office area, a jukebox and slot machines fight for space with stacks of deep-dish SSR Professor wheels and 911 suspension parts. Neat rows of empty Stella Artois bottles line the windows. Modern jazz is always playing in the background — Nakai calls it “a necessity to everyday life.” The mix of American and European iconography are fused with an Asian flavor, hinting at the main influences that sway Nakai.

Originally a member of the renowned Rough World (hence “Rauh Welt”) street-drifting group, Nakai has been fine-tuning his style for over two decades. As with so many drifters, he started out in a Toyota Corolla/Trueno AE86, the epitome of the Japanese drift car. Many say he was one of the first to lower his car to the ground and run excessive amounts of negative camber — known in Japan as oni-kyan, or demon-camber — among the AE86 crowd during the early drifting scene. His wheels were deeply dished, mounted on spacers, and fitted with tires stretched past their normal width, the package barely contained by his Toyota’s widened fenders. The “rough style” Rauh Welt was becoming known for was intensified when Nakai painted his little Toyota matte black. 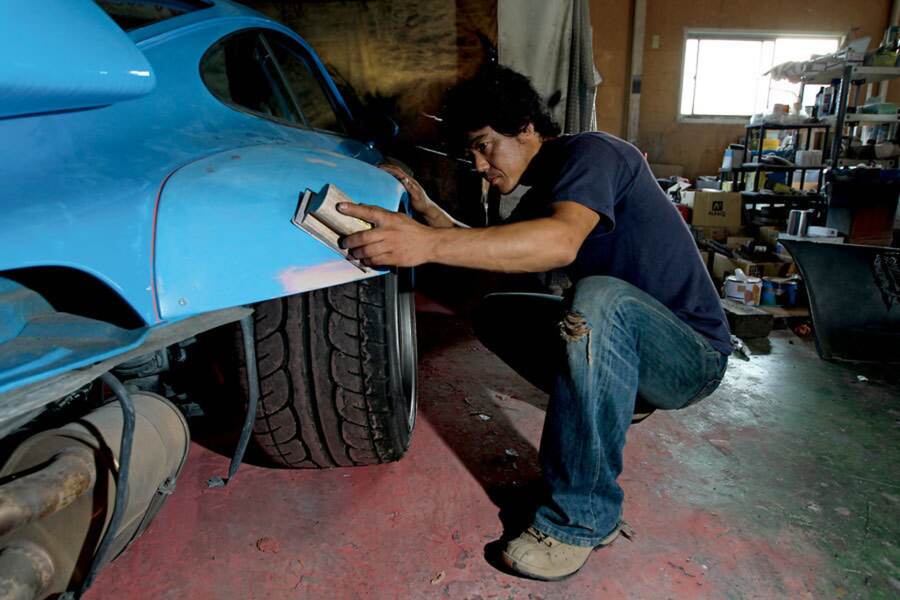 A few years later, in the late 1990s, he got his first chance to work on Porsches while employed at a local body shop. Nakai soon developed a fascination with the Teutonic sports cars. He was amazed by their bulletproof mechanicals and tempted by their aesthetic potential. Nakai bought his first Porsche, a 930 known today as “Stella Artois,” when he was 28. Six years later, Rauh Welt Begriff opened its doors.

While a vast array of projects in mid-transformation litter Nakai’s workshop, Stella Artois always grabs your attention. While the car is still road legal, it has been turned into an outright track car. Nakai drives it at the various Idlers meetings, a popular amateur race series that hits circuits like Tsukuba and Twin Ring Motegi. It serves as an example of a car that many RWB followers want to emulate — it’s what RWB is all about.

Nakai’s creativity is an expression of his determination to build cars with visual impact, cars that will stop onlookers dead in their tracks. He approaches each project as a challenge to create a car aligned with an owner’s personality and interests, which Nakai says he works hard to unveil. To kickstart the get-to-know-you process, he holds introductory interviews before starting any build. Nakai says he usually knows each car’s recipient quite well by the end of the project. 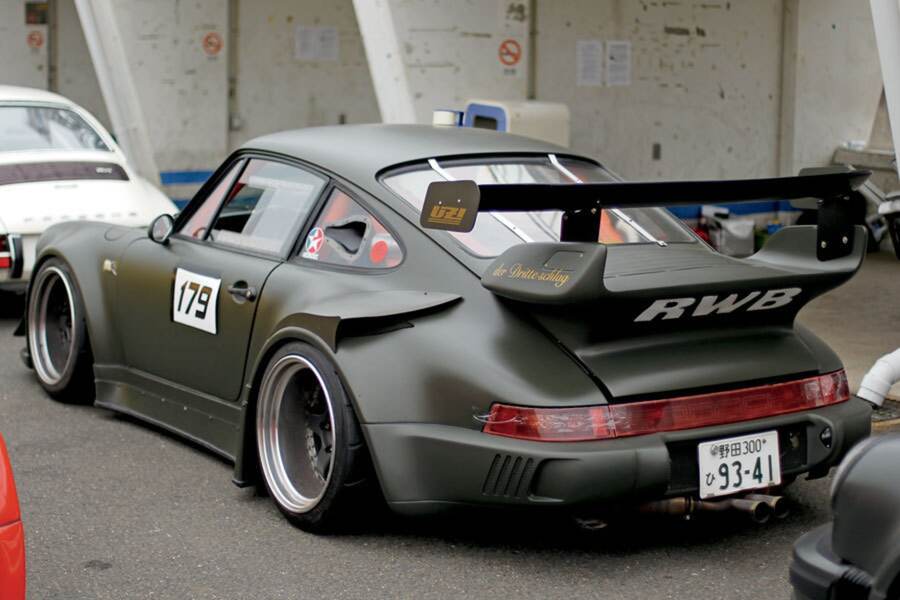 After Nakai has decided on the direction of a project, he will ask the owner to leave the car and allow him to work without interfering. If that sounds a bit “artist,” Nakai is devoted: He almost always sleeps in his workshop so that he’s never too far from the car if a sudden wave of inspiration hits. He prefers to work at night, when everything is quiet — and usually grabs a few hours of sleep during the day if he isn’t busy running the shop.

A RWB transformation can take anywhere from a few months to a whole year depending on a customer’s requests and the project’s complexity. Nakai does the body and “look” only; he sends the cars to various specialists who deal with the powertrain, suspension, and brakes.

A white 930 that will soon be given the full RWB treatment is on hand when we stop by. Its owner, who is over 60 years old, wants a car that is easy to live with, both composed and legal for street use. It has just been fitted with a custom valvetronic exhaust system, which keeps the modified engine running quietly for city driving yet allows it to blare out its full rumble while on track. The body conversion won’t be quite as extreme or wide as most of Nakai’s cars, but will instead be more elegant and mature. On the opposite side of the spectrum is a blue 993 sitting inside the retractable paint booth, which is being given the widest set of fenders Nakai has ever made. 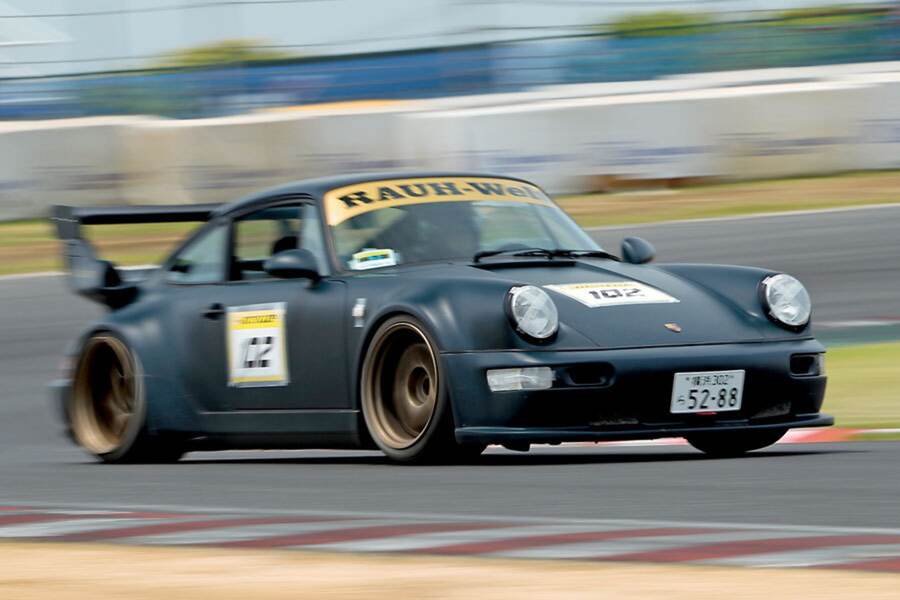 All bodywork is created in-house by Nakai, shaped and sanded by hand before being painted in custom colors that he mixes himself. Wheels are always painted to match the car, as well. Matte hues are the most requested but, like the overall shape and look of the car, the final color choice is up to Nakai.

Finally, a name is given to each car that reflects the owner’s character and, thusly, his car. Names can seem quite random, but there is always meaning behind them. Nakai’s 930 is named Stella Artois because he loves the Belgian beer.

After spending time within Rauh Welt Begriff and looking at some of its finished cars, you sense Nakai’s aesthetic is singular. Asked to encapsulate his design ethic, Nakai is succinct: “Style is everything.” 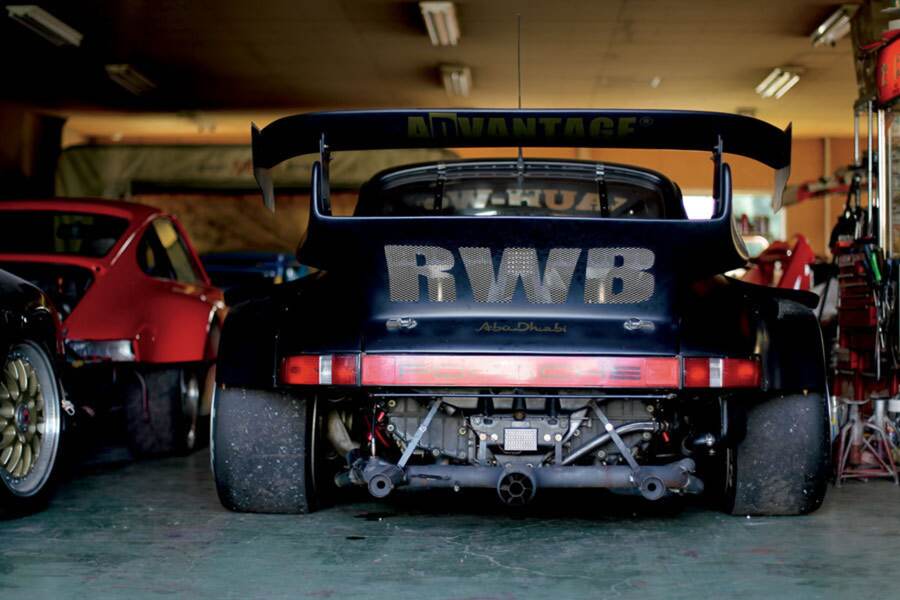 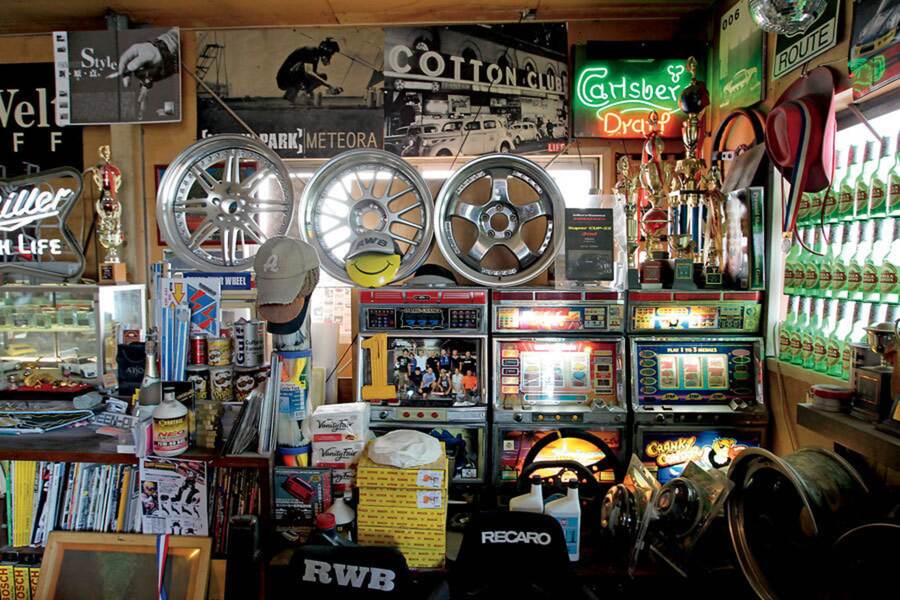 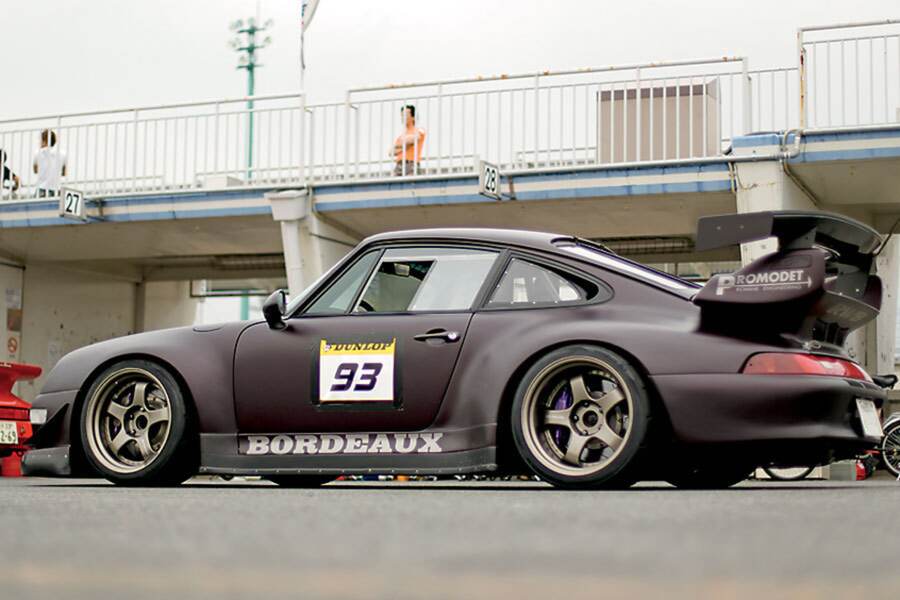 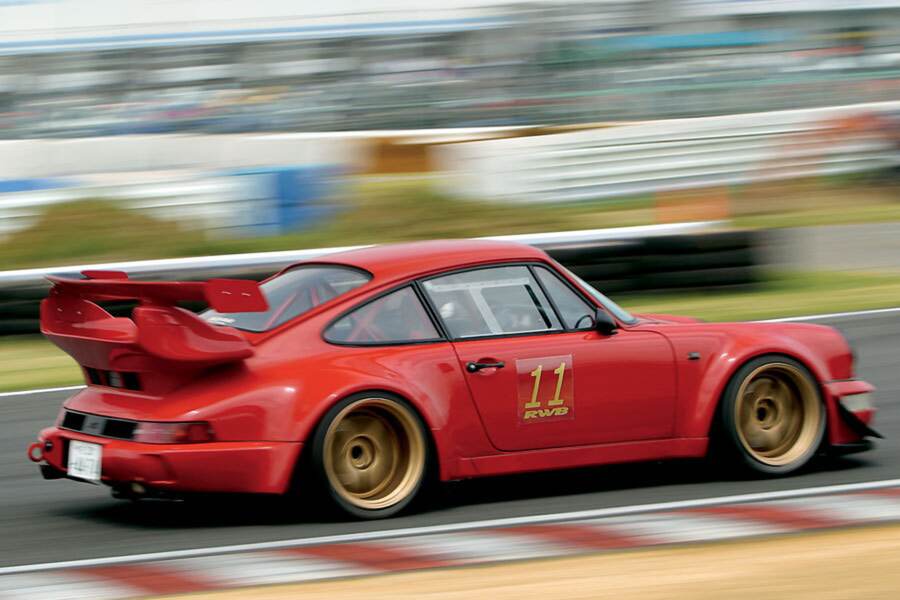 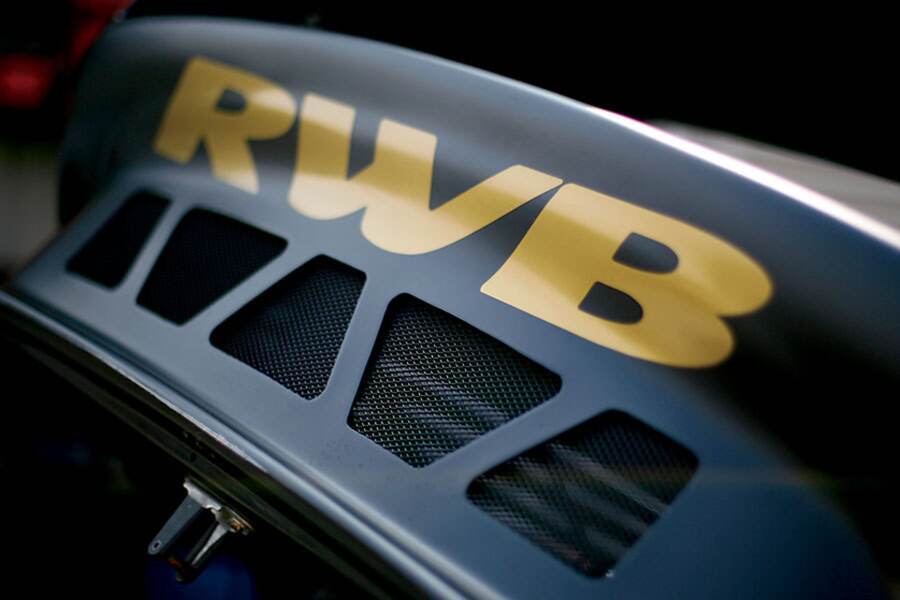 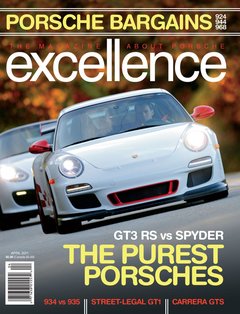