The Boxster S may not be in the headlines, but it remains one of Porsche's best cars. 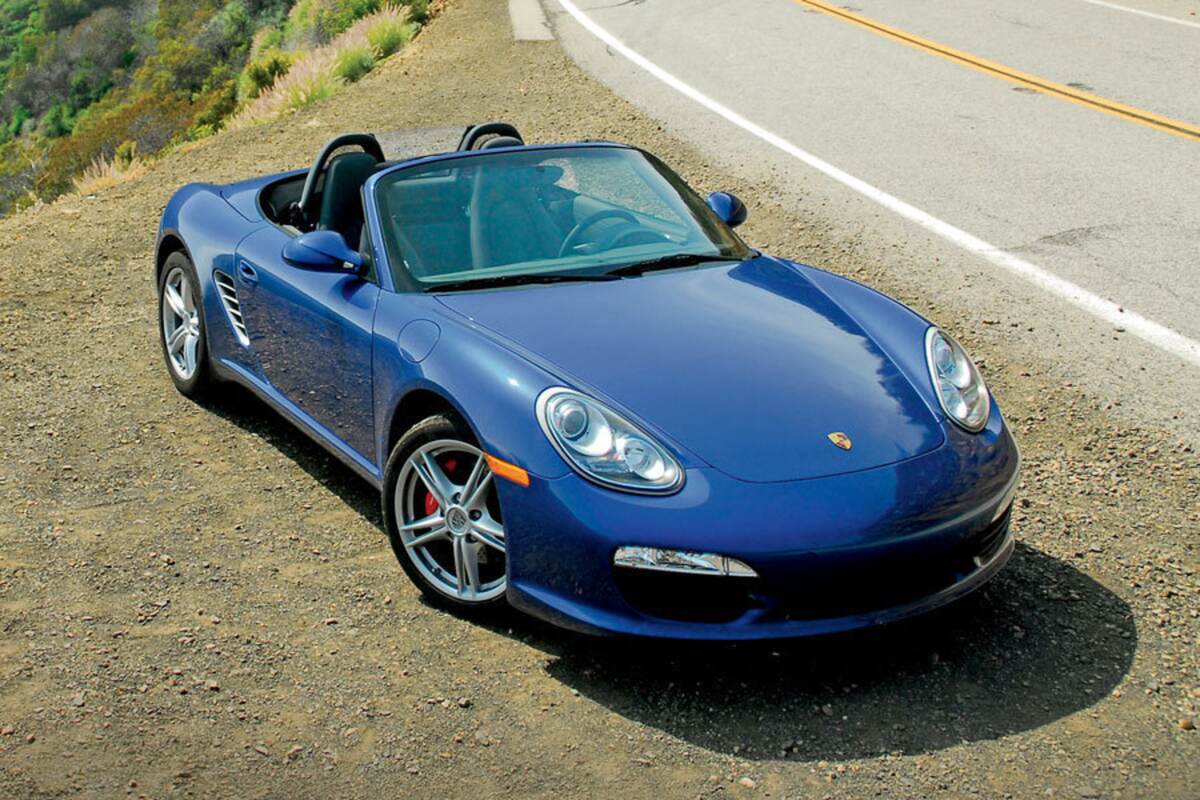 While undeniably impressive new Porsche models like the GT2 RS face some very stiff competition — such as Ferrari’s new 458 Italia — the Boxster still quietly rules its class. That’s because the 987-based Boxster bucks an unfortunately all too common truism: As a model line evolves, the various iterations stray from their purity of purpose.

Certainly, today’s Boxster is a far more mature car than the original was 14 years ago, but it’s gotten better and better without sacrificing precision and feedback. Consider, for example, this Boxster S with a back-to-basics six-speed manual rather than the dual-clutch PDK manumatic and iron brake rotors instead of ceramic-composite discs. There isn’t even a PASM button to dilute its simplicity. What’s left is driver, car, and road — all coming together in perfect harmony.

The Boxster S handily serves as a multi-purpose machine, tackling a stop-and-go commute as adroitly as it tears up a back road. Unless you need more than two seats, there’s little to criticize. Its power top is quick and efficient, its interior a treat to be in for long periods. It’s also nice to see Porsche retaining a standard cloth top rather than the heavier, more complex folding hardtops made popular by other manufacturers’ marketing machines. 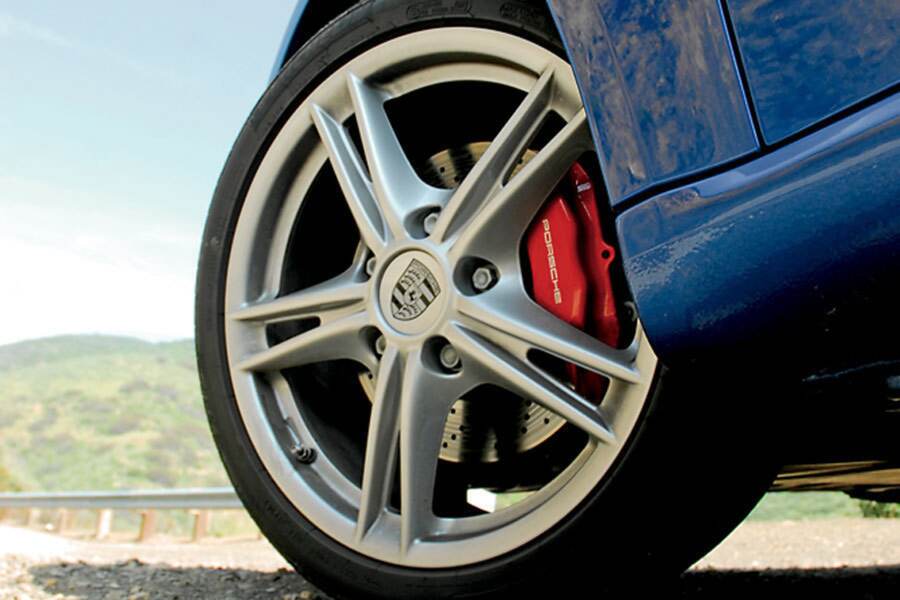 While the Boxster S is a terrific companion for humming along in the fast lane of L.A.’s 405, opening it up on a stretch of winding road is where it all truly comes together. This Aqua Blue Metallic test car rides on 18-inch alloys shod with 235/40 front and 265/40 rear Michelin Pilot Sport PS2s. The French tires are comfortable on rough surfaces but also provide plenty of grip and predictable characteristics when nearing the limits of grip.

As a whole, the Boxster S feels agile and nimble, like a car smaller than it is. Turn-in is instantaneous, with body roll almost completely banished. The chassis and suspension always feel composed, even when the car is chucked back and forth through a series of tight S-curves. With rock-solid body control comes perfectly weighted steering. There’s enough feedback through the thin-rimmed wheel that you can place the front tires within a hair of where you want them. Handling remains neutral until you’re carrying serious speed into corners, which is when the nose begins to wash out gently with some warning understeer. Out on the road, it’s never a problem, never something that slows your progress.

Speaking of progress, I forgot how fast Boxsters have become. Magazines that bolt testing equipment to cars have been regularly returning sub-4.5-second 0–60 mph runs from this latest S. What’s more, the 987S offers serious grunt all the way across its powerband, and can make use of all its pace, rocketing out of corners with plenty of grip and well-balanced handling. 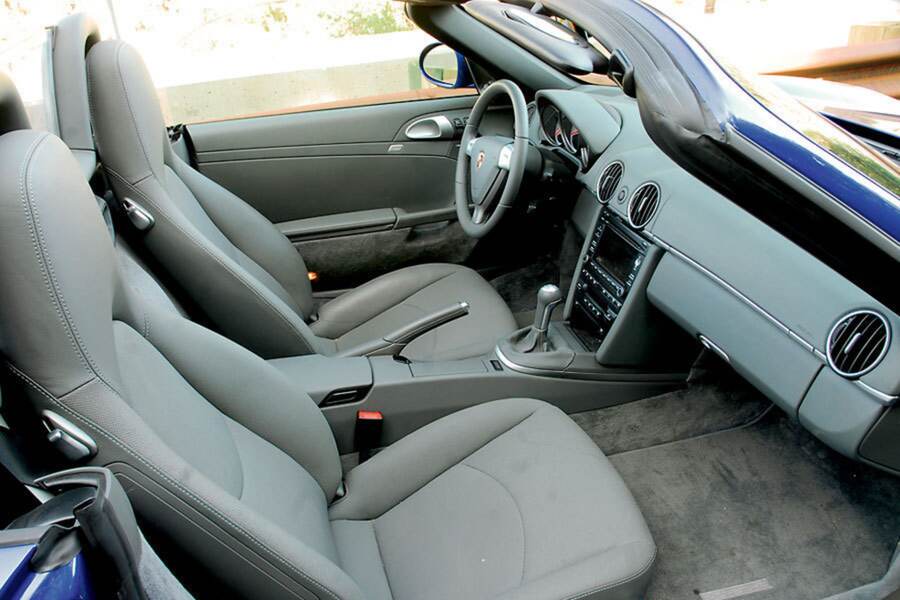 The 310-hp, 3.4-liter six sounds terrific, too. The gritty, borderline flatulent sound at lower rpm deepens to a harder edge in the mid-range before turning into a deep-chested howl at high rpm. There’s a layer of ripping intake noise as well, thanks to the side intake positioned just behind the driver’s ear (at least in left-hand-drive cars). These are the kinds of Porsche noises that encourage you to accelerate hard over and over again just to hear them.

The six-speed manual is a perfect partner, with nice weighting and resistance as it slides slickly from gear to gear. Its ratios are well chosen, too, which makes keeping the engine in the heart of its powerband easy work. As mentioned, this example did not come with Porsche’s optional ceramic-composite brakes. And while the $8,150 PCCBs are impressive, the standard brakes do an outstanding job of stopping the car repeatedly — though you can find hints of brake fade on extended backroad runs.

Overall, complaints are few. One could say that the 986/996 visors were already tired in 2005, or that the windshield wipers look cheap from the driver’s seat, but these are niggles. One could say there’s a lack of space for truly large cargo, but the truth is the Boxster’s twin trunks are far more useful than anything in this class. 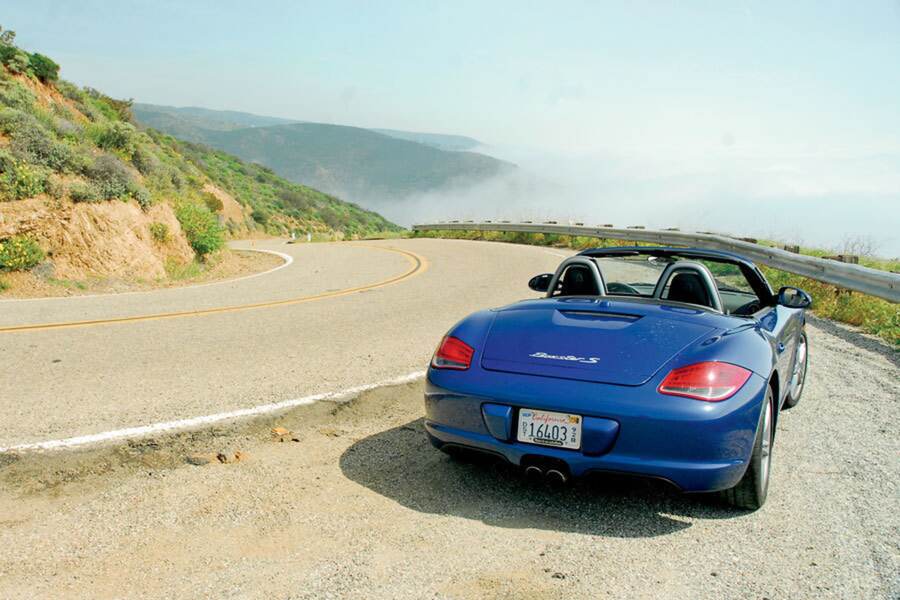 A bigger complaint is the too-high ride height with the standard suspension. This can be helped with the addition of the electronically variable PASM suspension, which lowers the car by 10 mm. Of course, that’s an option. A $2,090 option. A more attractive option would be the Boxster Spyder’s conventional sport suspension, which lowers the 987 by 20 mm. Too bad that suspension isn’t available, as it’s a critical part of what separates Spyder from S.

Overall, though, this Porsche is brilliant just the way it is. While other companies making sports cars get a few ingredients right — a terrific engine, amazing steering feedback, or a fantastic shifter — few, if any, succeed in making the whole come together as harmoniously as it does here. In the excitement of 918s and GT2 RSs, it’s easy to forget that one of Porsche’s most impressive driver’s cars is one of its least expensive. The fact that the Boxster S doesn’t sell well is a pity, as it remains the best, most complete car in its class — and it’s noticeably better and more appealing than many cars costing far more, too.

Though this author has a feeling that a lot of 356 drivers and early 911 devotees might disagree, the Boxster still has that ineffable quality called soul. And, in a modern, mass-produced car, that is a rare commodity. That makes this car’s $58,000 base price ($66,000 as tested) seem reasonable. Sure, options like sport exhaust and PCCBs can add to the experience. But they also drive up the price of what is a nearly flawless car just the way it comes. 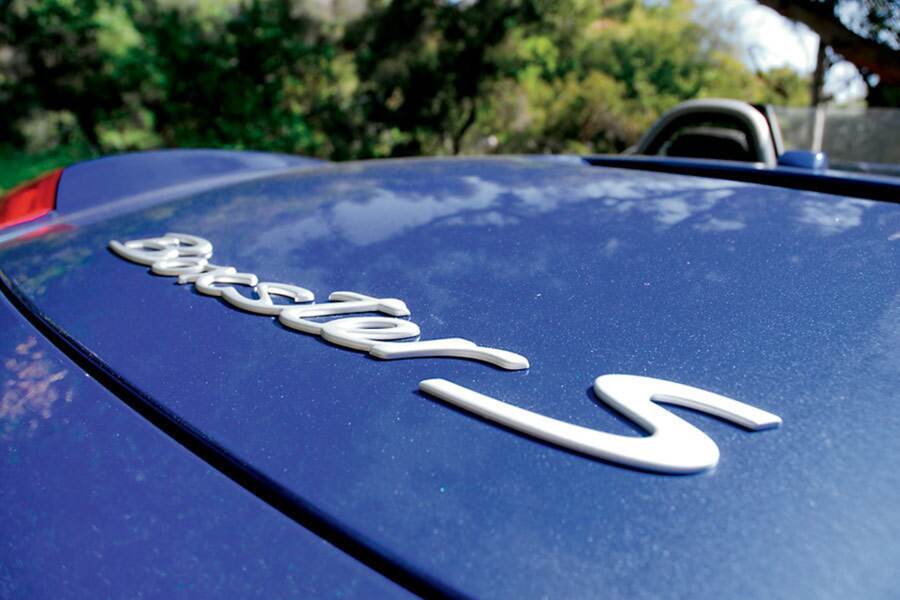 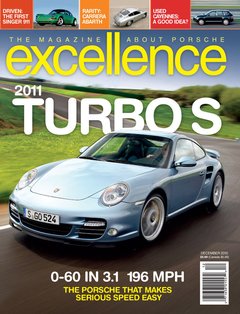