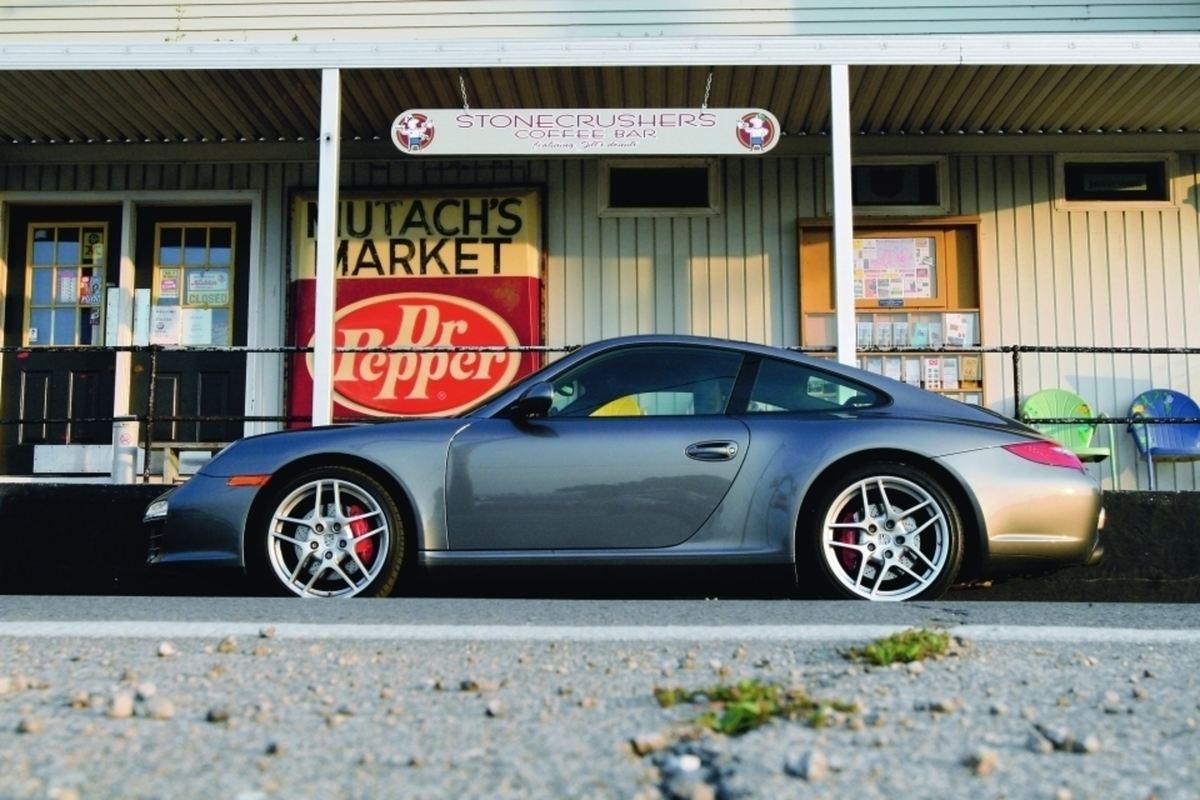 It’s been a long time coming. That goes for this test as well as the subject itself: the first sport suspension option for U.S. Carreras. Whenever I visited Stuttgart-Zuffen­hausen over the last decade, I’d see lowered “Minus 20” 996s and early 997s at Werk I, hunkered down with a purposeful stance and the promise of pin-sharp handling. That U.S. buyers were denied a chance to order one always frustrated me.

When the 997-based Carrera arrived for 2005 with Porsche’s first generation of the electronically variable PASM dam­pers, Minus 20 became even more appealing. Why? PASM — standard on the Carrera S and optional on the Carrera — lowered the car by 10 mm, but its high-tech dampers didn’t impress me quite the way many conventional Por­sche dampers had. For 2005’s 997, Minus 20 offered more than a lowered center of gravity and good looks; it paired a mechanical limited-slip differential with damper valving built on decades of 911 knowledge.

In late 2005, I expressed my dismay to Michael Bartsch, Executive Vice Presi­dent of Porsche Cars North America. I noted that American Porsche drivers are as sporting as any, with a higher percentage of U.S. 996 buyers opting for a manual than their German counterparts. Bartsch, a keen Porsche enthusiast, listened intently but promised nothing.

There’s no telling what changed Por­sche’s mind, but the introduction of the 2009 Carrera brought with it a welcome announcement: Sport PASM would replace Minus 20 Sport Suspension and it would be available in North America for $2,940 on Carreras, $1,990 on Carrera 4s, $950 on Carrera Ss, and as a no-cost-extra on Carrera 4Ss. Not long after, I began to get emails from Excellence readers, asking for our take on Sport PASM. There was just one problem: No U.S. press car was equipped with Sport PASM, and my brief drive in Europe in a 997 C4S with the system happened on an airport race track.

First up, the Meteor Grey C4S. As we set out from DTW for Ohio, memories of the same drive in a 2003 996 Carrera coupe on 18-inch wheels came flooding back. At the time, I thought a certain Michigan-based car magazine’s writers were wimpy for whining about ride quality in 996s on the optional 18s. Then I felt the expansion joints on the way to Marblehead. All 12,367 of them. It was like driving by Braille; you certainly knew when you left Michigan. 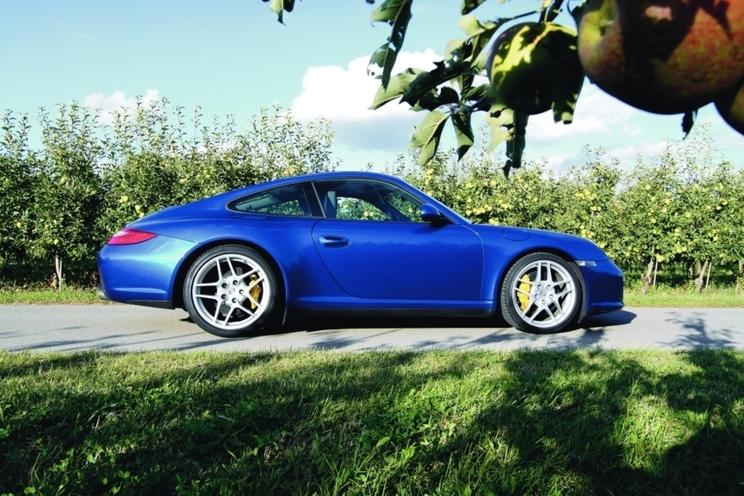 Today’s C4S, with the latest PASM and 19-inch wheels, feels even better buttoned-down than that 996 but filters out the expansion-joint smacking beautifully. It’s one more indication that the Carrera line is maturing into an exceedingly complete car — one that offers few drawbacks against competition such as Jag­uar’s XK, BMW’s 6, and Mercedes’ SL. It provides as much (or more) performance and useful space in a smaller package with a more efficient engine. Ohio failed to yield the endless curvy backroads we prefer for road testing, but the few short sections we found confirmed what I learned about the current Carrera 4S at the airport track near Berlin a year ago: Even with standard PASM, it offers sharp handling, keen steering, and loads of grip.

The wide-body C4S’s generous tires, fast-acting all-wheel-drive, and inherent rear-engined traction advantage helps it get out of corners like nothing else —except a 911 Turbo, of course. With the safe and secure handling comes a ride quality that will upset few customers in what can only be termed a luxurious segment. Over three days, the Meteor Grey car had laid down a gauntlet Sport PASM would be hard-pressed to best: a ride good enough to make an SL buyer happy along with handling sharp enough to satisfy hardcore 911 drivers.

On to Germany, and the Aqua Blue C4S coupe. According to PCNA, the Sport PASM setup doesn’t alter the dam­pers, anti-roll bars, or suspension bushings, but its spring rates are roughly nine percent stiffer. Sport PASM springs drop the ride height by an additional 10 mm while the number of spring coils remains the same, at four. If that sounds like a subtle change, that matches up with our first impressions: Sport PASM just didn’t seem like much of a compromise.

Of course, roads in Germany are typically superior to those in much of the U.S. Certainly that’s true of Michigan, though Ohio’s roads in the areas we visited were generally excellent. Fortunately for this test, it seems even the Germans have the occasional patches of poor pavement these days. We found some just outside Heidel­berg, as well as less-than-smooth brick streets in several older Swabian cities.

In each case, Sport PASM surprised us with its ability to soak up lumps and bumps while taking the edge off sharp shocks. Is it every bit as good as the regular PASM system in this regard? If no, then it’s not far off. On the other hand, the Sport PASM C4S felt subtly sharper, turning in just a bit better — and its limited-slip diff is a welcome addition.

All up, we felt Sport PASM offered a sportier setup without wrecking the ride. The extra 10-mm drop in ride height was a subtle visual bonus. In fact, that may be what it comes down to. Buyers who don’t feel that the slight drop in ride height and small advantage in handling are worth the added hassle of a more vulnerable front bum­per can stick with regular PASM. As for me? It’d be Sport PASM — but I’m just glad we finally have the choice. 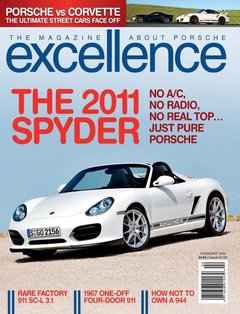