Over the River & Through the Woods

A standard 2000 996 Carrera is transformed into a rally racing machine. 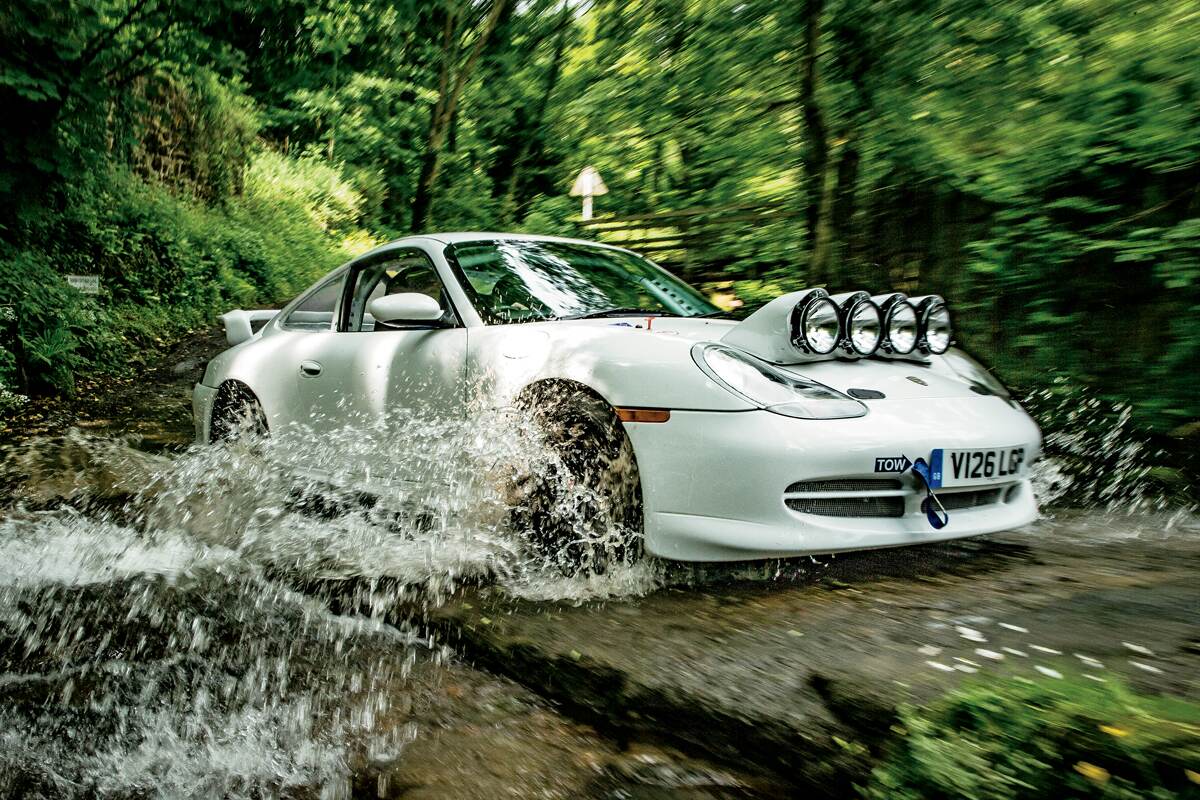 Just like most of you reading this, I’m a fan of Porsches in pretty much any guise. In the early 1980s, I’d spend November weekends in the Welsh forest following the RAC Rally, which has been known as the Wales Rally GB since 2003. For me, there was (and still is) something special about seeing a Porsche slide around on gravel, getting airborne, and powersliding around tight corners. That’s why when I came across Keith Anglesea’s recently-completed tarmac-rally-spec 2000 911 (996) Carrera, I said, “Wow!” and did some further investigating.

Hearing this 996 fire up as it’s unloaded off a trailer actually sends a shiver of excitement down my spine. As it rolls down the ramps, the lattice of a fully welded Motor Sports Association (the governing body of four-wheel motorsport in the United Kingdom) approved roll cage becomes visible through its back window. It’s clear that this water-cooled 911 is not just an impressive-looking Porsche with a light-pod mounted on the front, but a serious competition machine!

In 1984, a young Keith Anglesea was standing somewhere not too far from me watching the same rally cars power past the trees in that year’s RAC Rally. But it wasn’t Ari Vatanen’s winning Peugeot 205 T16 that impressed him the most. Instead, it was Roger Clark in a Prodrive prepared, Rothmans-liveried 911 SC/RS that caught his imagination. With cold feet and his breath steaming the air, he decided that one day he too would rally race a Porsche. 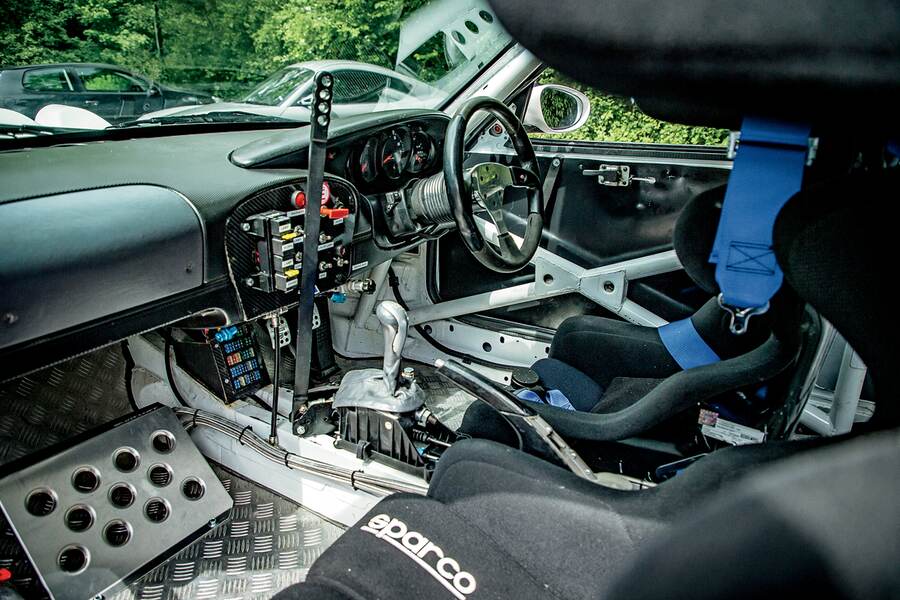 Even though Anglesea has lots of experience working in the racing industry, which includes wrenching on rally cars from when he was a teenager to a 10-year stint as the engineering manager at the Oulton Park Rally School, his dream of rallying a Porsche took years to come true.

When he could afford the cost and find the time to compete, he used his skills to build a Ford Escort Cosworth from scratch before moving on to a BMW 318 that he drove for many years. He was, however, always on a tight budget since he had a young family to support. But with a recent family bereavement, he came into an inheritance that somewhat expanded his options. With enough money passed on to his children for them to put deposits on houses, he decided that with the remaining funds he would finally fulfill his dream.

While searching online for a suitable Porsche, Anglesea came across an ad for a half-finished 2000 996 Carrera with 115,000 miles on the odometer that was being prepared for circuit racing. It already had a roll cage, and the previous owner had Hartech re-do its engine with forged pistons, higher-performance camshafts, and reworked cylinder heads. All told, the 3.4-liter flat six was now making 330 hp, up 34 ponies from its original 296-hp rating. 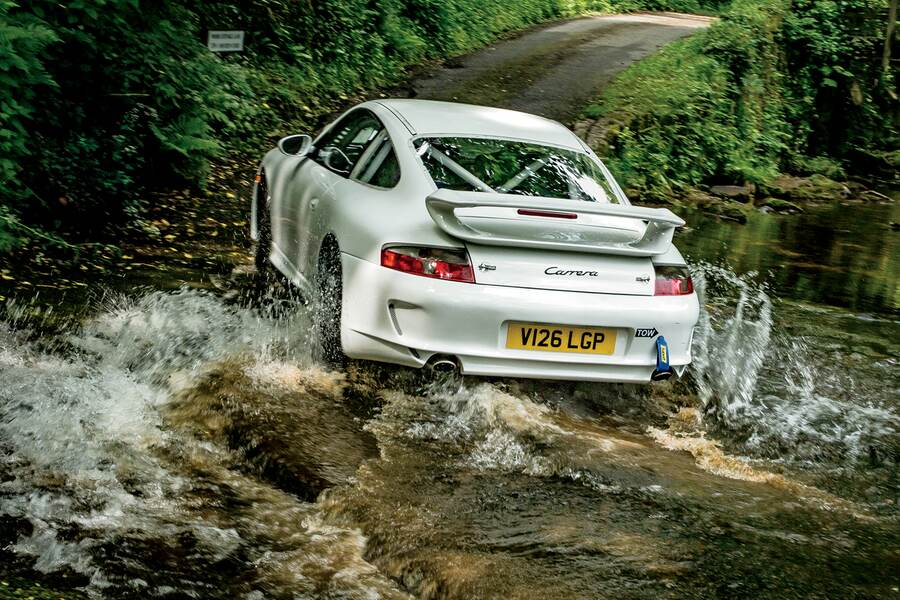 “It was the right car at the right time at the right price,” says Anglesea, although he wasn’t too sure that turning a 996 into a rally car was the best idea at first. “There was no one else in the UK that had done one before, so there was no information or resources to read up on. I knew that there’d be a lot I’d be doing on a blank sheet. But I suppose when you do something completely new like this, it’s normal to feel a bit daunted at first.”

A few things helped persuade him to rally this 996. First, he hadn’t really enjoyed the last few circuit races he ran in his BMW, so he converted that 318 into a tarmac rally car and won his class in just his third event. That served as an indicator that he was likely a good enough driver to handle the Porsche at competition speeds. The other was when he came across a Redspec front rally light-pod online. The mental image of it mounted on the front of a 996 convinced him which direction to take. But apart from the engine, which was professionally built, Anglesea didn’t take it on faith that everything else on the car was done correctly.

“I’m an engineer and don’t trust anyone else’s work apart from my own,” he says, “so the first thing I did was take it all apart again.” The strip down included everything right down to all of the interior trim that was still inside, as well as the wiring and switches. 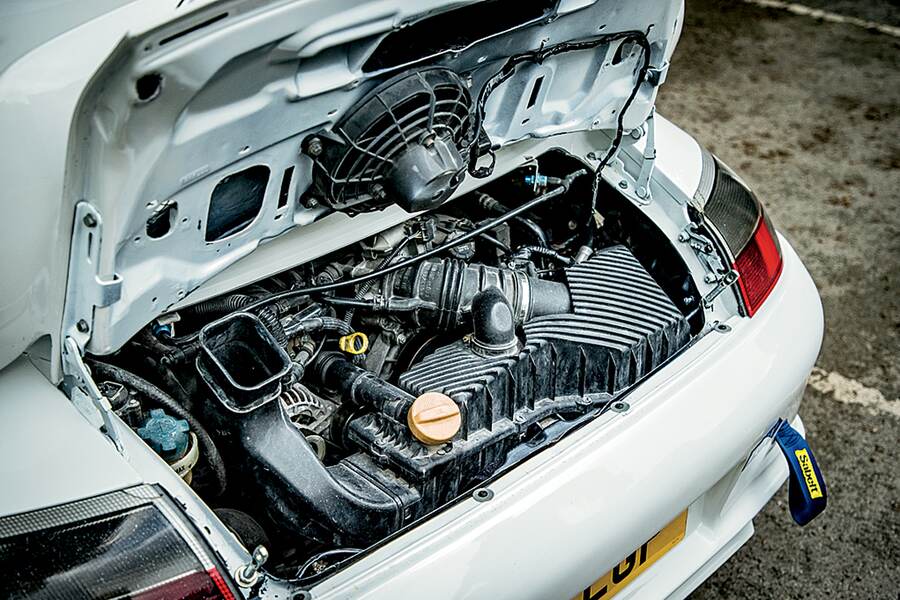 The rebuild included adding aluminum sheets to cover the inside of the doors, swapping out the factory glass windows for Perspex acrylic ones, a custom switch panel below the dashboard, and a huge lever for a quick-release handbrake. Since rallying is generally tougher on cars than circuit racing, the fuel and brake lines were routed through the body for better protection.

To guard the engine coolant pipes, Anglesea fabricated a 3.0 mm (0.1 inch) thick aluminum bash plate for underneath the car. He also fitted a 10 mm (0.39 inch) thick oil sump guard from a Mitsubishi Lancer Evo VIII. For the suspension, a set of Gaz Gold tarmac rally based shocks and springs were installed. Power is transferred to the ground with the help of a Kaza limited-slip differential. This car rolls on 18-inch wheels from a 997 that are wrapped in 235/35-18 and 265/45-18 Pirelli rain tires when the roads are damp and 235/35-18 and 265/35-18 Kumhos when its dry out.

Despite the glorious sound echoing off the trees as Anglesea maneuvers his 996 around for our photo shoot; the exhaust fitted to this car is, in fact, dead stock. The gorgeous note emanating from the tailpipes is all thanks to the engine work that was done. The UK rally racing rules state that there is a 90 decibel sound limit, so—although Anglesea loves the bark of a flat six—this engine is as loud as it’s allowed to legally get. 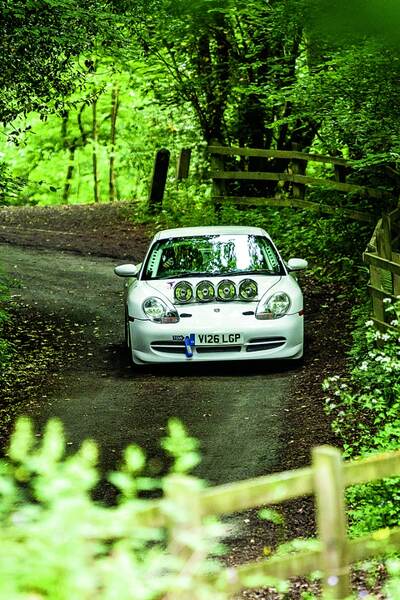 Other standard 996 items still present on this car include the six-speed manual transmission and clutch as well as all the suspension geometry (not including the shocks and springs). The GT3 body kit was a replica found online and really gives this car a more race-ready appearance.

Anglesea fired up his Carrera for the first time last spring and enjoyed a test drive that revealed no serious faults. A few track days served as the ideal place to test different suspension setting and discover he was in need of some mudguards. Otherwise, his attention was focused on basics, like getting the ride height correct.

“Because it’s a tarmac-spec car, you want it to be as low as possible,” says Anglesea. “But the engine oil sump is only 4.0 inches off the ground, so I still need to raise the body about 2.0 inches.” The low ride height is amply demonstrated by the horrible grinding sound from the front splitter grating on the tarmac as he comes through a ford at speed for our photoshoot. Even now, he’s still shaking down and refining this 996. 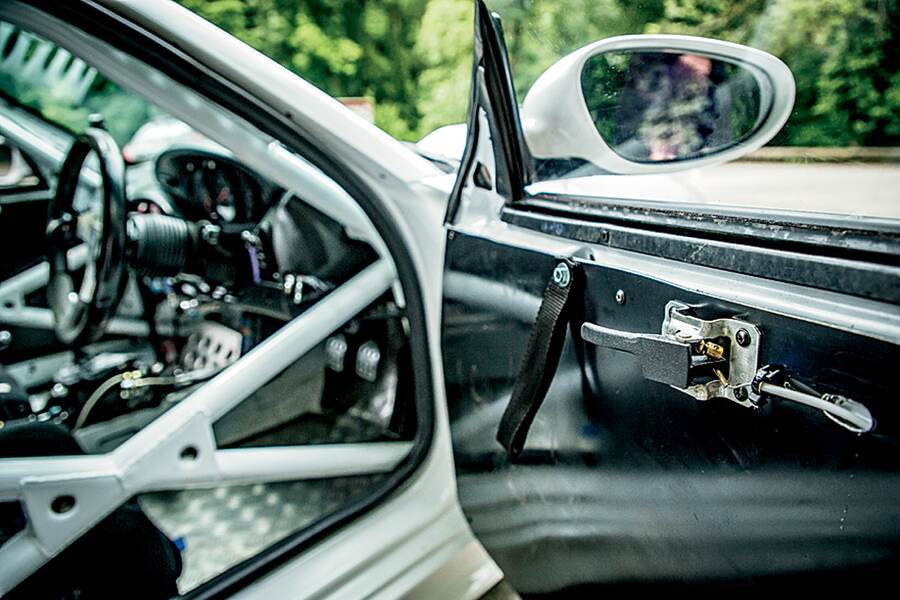 “My name is on this car and therefore so is my reputation as an engineer,” Anglesea continues, “so only when I am completely confident that it is fully fettled am I going to take it to its first event.”

When this Porsche finally does battle, it likely won’t compete in its plain white livery. Anglesea’s boyhood memories of Roger Clark’s SC/RS compels him to want a similar Rothmans livery. But after checking in with an auto wrap company, he was told a Martini livery would be easier to repair compared to a Rothmans one. The only Martini colors seen on a rally Porsche, however, was that of the less-well-known 1978 Safari Rally cars. Although it doesn’t have the same heritage as the Rothmans colors, the Martini livery would still look stunning on a 996.

For now, Keith Anglesea and his co-driver Martin Pendlebury are saving up to afford the cost of shipping the car to the Caribbean island of Barbados for the Sol Rally. “It’s famous for being a fun party rally, and apparently they love unusual cars there,” Anglesea smiles. 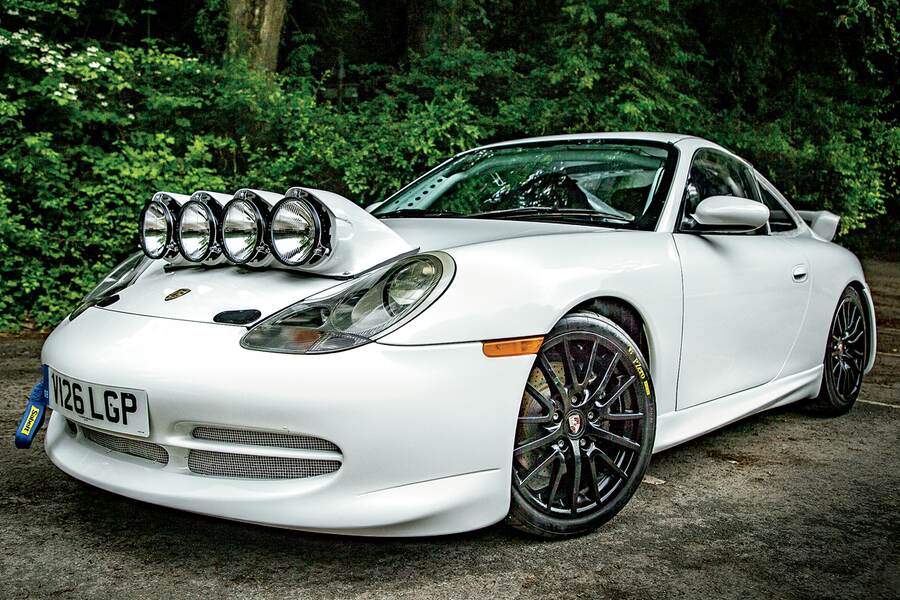 As for Anglesea’s personal ambition with the car? The first rallies he saw were the Manx Internationals on the Isle of Man in the early 1980s. In 1984, he saw Juha Kankkunen race an SC/RS, and 35 years later he wants to take his own example of Stuttgart’s finest to the island to blast over the moors. 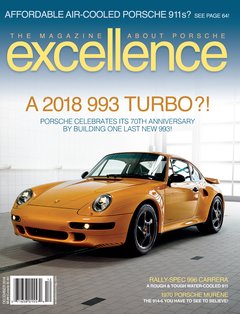