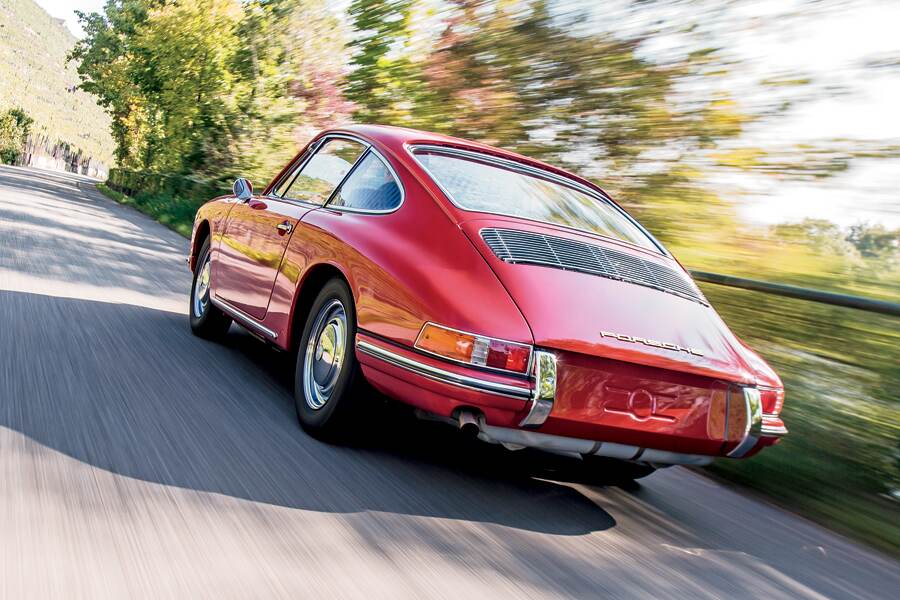 Porsche built just 235 examples of the 911 in 1964, the first 82 of which were designated as Porsche 901s. This is the story of #57, one of the very last 901s that rolled off the production line in October 1964, and its rediscovery in a barn some 50 years later. The lengths to which Porsche went to restore this once missing piece of its heritage is remarkable.

The desire to restore cars that have been lost to the elements and the value that the company places on its past is seen by the Porsche faithful as a part of the brand’s legacy. Nowhere is this legacy more evident than at the Porsche Museum in Stuttgart-Zuffenhausen, Germany. This magnificent facility offers a true structural reflection of the brand’s vivid nature, insight into the philosophy that echoes a challenge to the automotive norm, and exhibits the DNA that speaks of an enduring and winning legacy. As one can expect, investment into the brand’s collection of classic and historic machines is significant.

Enter #57. Most enthusiasts will likely agree that all 911s are special in some way. There are particular examples, however, that merit extra attention. There is something about a first. The first day of school, a first date, a first love, a first kiss…a first born. Imagine the ecstatic emotion that resonated through the corridors of Zuffenhausen when it was announced that Porsche was to be reacquainted with one of its first 911 sports cars. 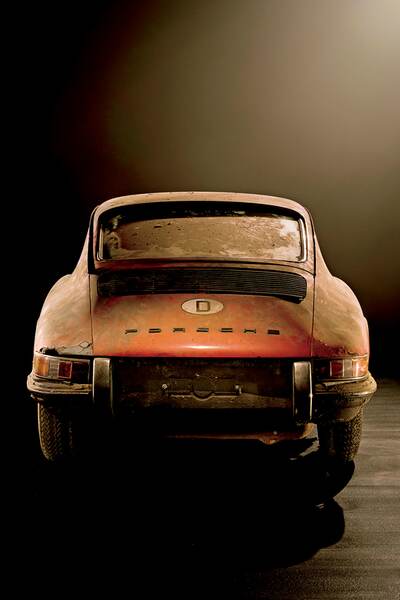 The 911 name was born from a trademark dispute. Up until that time, the sleek new rear-engine coupe carried the 901 badge. But French automaker Peugeot objected to the ‘0’ in the 901 designation, citing their legal copy and trademark right to car model designations with a zero in the middle. Obliging, the 901 became the 911. Five decades later, the Porsche factory collection still lacked a 901 in their already impressive lineup of legacy-telling vehicles. That was until a phone call in August 2014 changed everything.

Alexander Klein, the manager of the Classic Car Collection at the Porsche Museum, was alerted of the find by German television station RTL2. The station had been filming a docusoap centered on a barn find of exotic vehicles on a farm in Brandenburg, Germany. The film crew notified Klein after unearthing two early 911s in the back of the barn.

Like any other day at the museum, Klein is inundated with calls from far and wide seeking his attention on vehicles that might be of interest to the collection. This, however, was not the usual short-ended conversation. His heart immediately jumped a beat when the caller mentioned that one of the chassis numbers of the unearthed cars read ‘300 057.’ It was indeed one of the earliest flat-six-powered Porsches ever produced. There was no time to waste. Realizing the void such a car could fill, representatives from the museum set off to investigate and validate the machine that had been described to Klein. 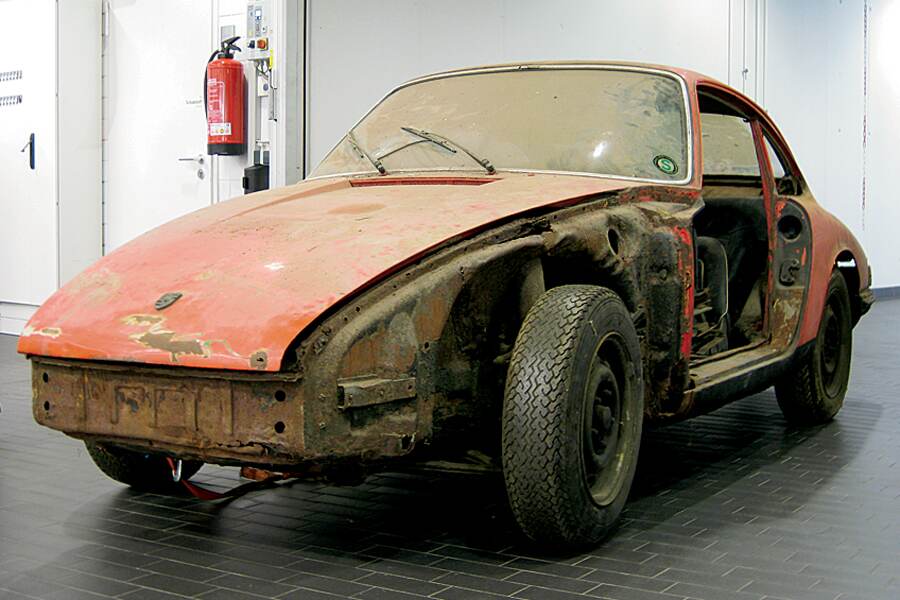 The two experts from Porsche were greeted by a pair of 911s blanketed in thick layers of dust and chicken droppings. It was an abysmal sight. A gold 1968 911L and the 901, minus both front fenders and large sections of the body eaten away by rust, had languished at the back of a former farm for many years. An equally dismal sight confronted the museum workers when they ventured inside the car: #57’s cabin showed the same long tale of neglect. Elements that once resembled an interior were reduced to faded cloth fragments and dust.

As expected, a visual inspection of the 901’s mechanical properties confirmed the braking system and engine were in a seized (albeit complete) state. The discovery of the vehicle’s body plate confirmed the authenticity of the car. It was an original 901. The find was real.

How Much Does History Cost?

We have all read about incredible prices being paid for vehicles owned by celebrities and limited edition must-haves that fetch astonishing prices at auctions and complete collections. For Porsche, this was no different. Number 57 was a part of the company’s history and a long-sought-after gem that would add further value to the brand’s collection of over 550 vehicles. But before an offer could be made, it was agreed that a detailed inspection should be done. 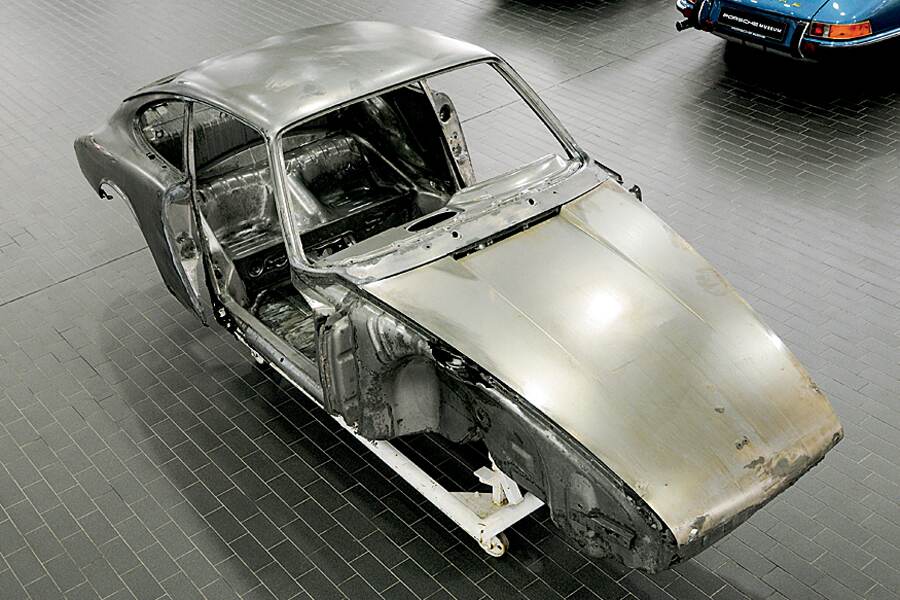 One may well imagine what was passing through Kuno Werner’s mind when #57 arrived at the Porsche Museum’s workshop in Zuffenhausen. Werner has been head of the workshop facility since 2008. In his tenure, this dedicated craftsman has witnessed more than his share of challenging projects. But the 901 was something different. Bringing such a badly decayed car back from the dead was a task that was going to test the skill sets and patience of his team.

Initial inspections revealed a great deal about #57. For example, it was established that although the engine and transmission were of the correct type, they were not original. The team also concluded that most of the vehicle’s components were beyond use, as heavy corrosion had rendered them beyond practical restoration use, including both front and rear axles. In some instances, entire sections of the car had corroded away, leaving little for the team to work with. Werner’s team, however, was undeterred. 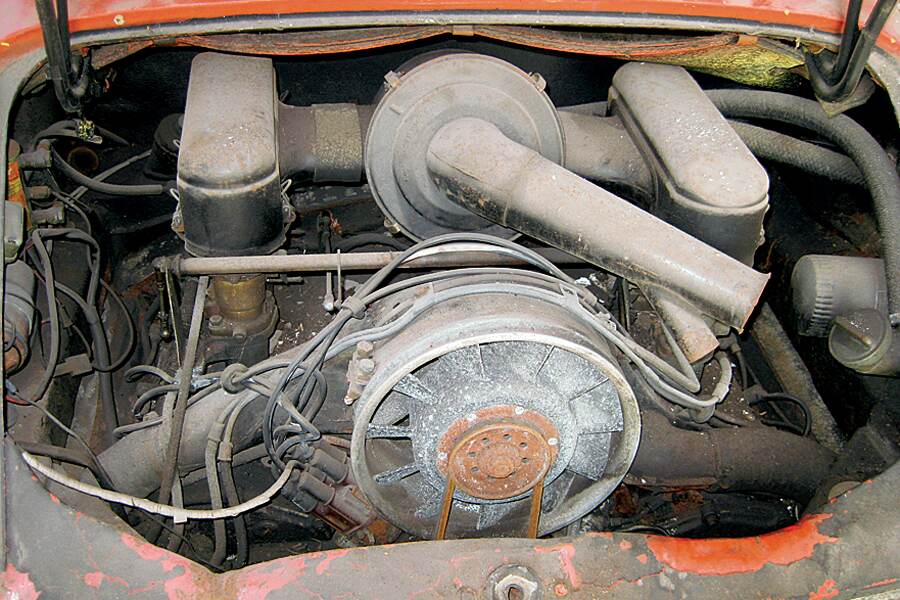 Werner’s vast experience in restoring such machines began with an understanding and an appreciation of what he had and what he did not have to work from. It was not until #57 was disassembled that he could provide an accurate estimate of the resources needed to bring this car back to its former glory.

Thus began a painstakingly slow process in which each component of the car was removed and itemized. Despite the appalling state of most of the parts, they were still identifiable. The pieces were then dispatched to the Porsche supplier network for verification and replacement. The next important step in the process was to see precisely how much rust was under #57’s paint.

To ascertain this Porsche’s true state, the team needed to strip it down to the bare metal. Deciding against the potentially damaging process of grinding and filling, Porsche chose to place the bodyshell in a chemical bath to strip off both the paint and any corroded metal. 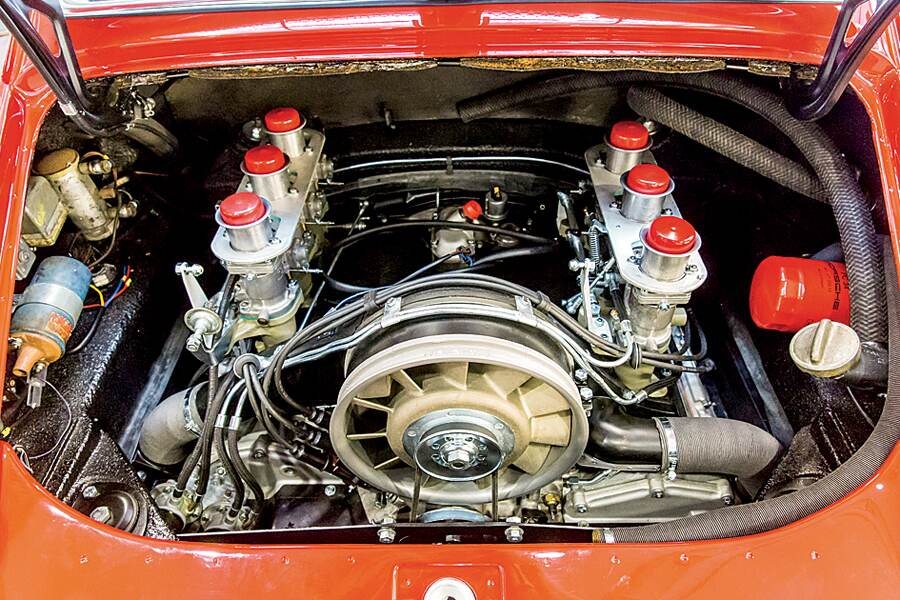 After the process was complete, the restoration team was surprised to find that underneath its 50+-year-old paint, #57’s body was all original. Apart from rust damage, it was unchanged from how it had left the factory in 1964.

There had previously been some doubt that the 901’s body would even be restorable. Werner and other experts assumed that more than half of the body had been destroyed. After the car’s bare metal was visible, however, it was clear that #57 was still reasonably solid and in fixable shape.

Even so, 12 months of hard work remained ahead for Werner and his crew. But unlike most restoration projects, the team at Zuffenhausen could draw from a wealth of resources and expertise from across the brand’s in-house and supplier networks. Good use was also made of a 1965 donor 911, as it was a key source of period-correct materials that added to the authenticity of restoration. 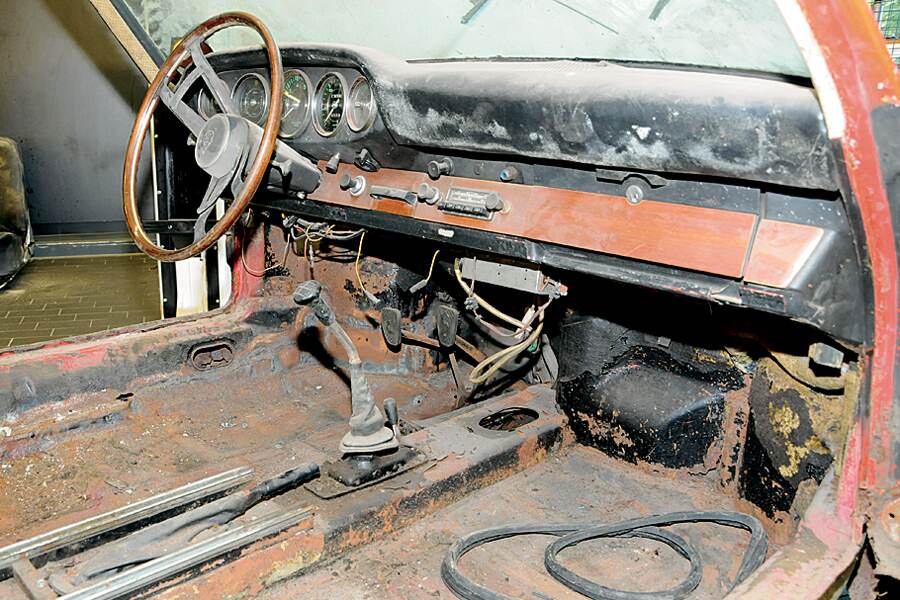 The process of transplanting and fabricating parts piece by piece was followed by a test fitting of an assortment of components, such as bumper mounts and door handles. Every clearance was checked, and any parts that were discovered to be out of spec were reworked until a perfect fit was achieved.

Once the bodywork was complete, #57 was finished in its classic original color, Signal Red (code 6407). The process by which the paint was applied, however, was entirely modern. To achieve the new finish, the entire bodyshell was dipped in a cathodic bath—which is the same rust-proofing process used on brand-new Porsches—and then coated in modern water-based paint. The result is nothing short of stunningly beautiful.

With the body complete, it was time for Werner’s crew to finish the engine and transmission. The most significant challenge the 2.0-liter flat six posed during the engine teardown stage was freeing up the various pieces that were frozen in place by corrosion. Finding some replacement parts also proved to be difficult. Even Porsche Classic was missing a few parts required for the rebuild, so it relied on the valuable skill set of its restoration team to rework existing components. 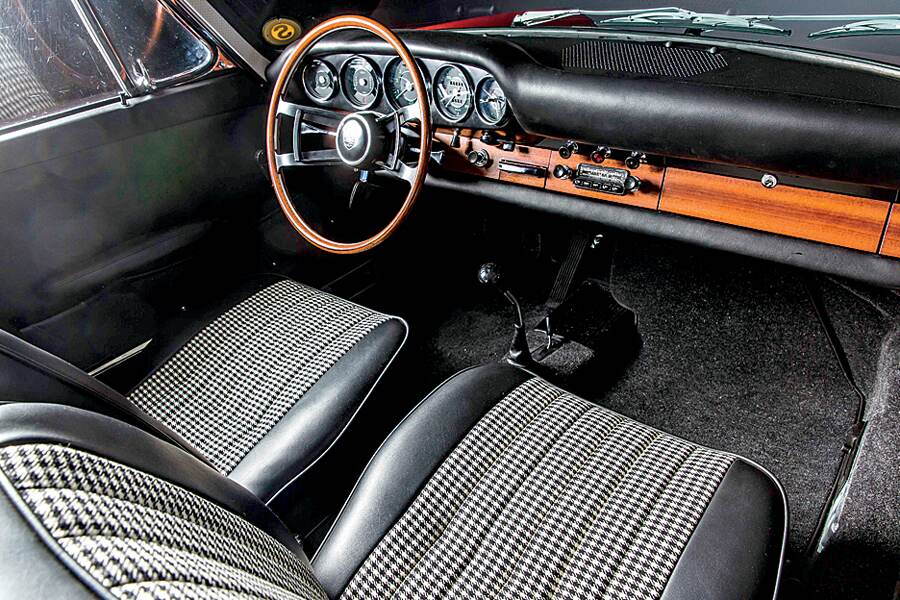 It is not hard to imagine the satisfied look on Werner’s face when the restored 130-horsepower six fired for the first time in the spring of 2017. By the time it was finished, the rebuilt engine had consumed over 120 labor hours.

Much of the interior could be replicated using off-the-shelf materials and the hands of a skilled upholster. To restore #57 to a near-to-new state, however, the devil was always going to be in the details. The perforated roof lining in early Porsche 911s, for example, was an important part of the interior’s aesthetic. As such, the original square-shaped tooling to produce this pattern—something thought to be as rare as hen’s teeth—was sourced to replicate the roof lining to the exact standard of the period.

Much of the other accessories, such as the seats and glass, returned from supplier restoration late in 2016. Still, where details are important, there is practically always a problem. The shape of the screws that secured the indicators, for instance, were incorrect, which required some in-house adaptive techniques. But the classic vehicle also contained several unique details that delighted Werner. 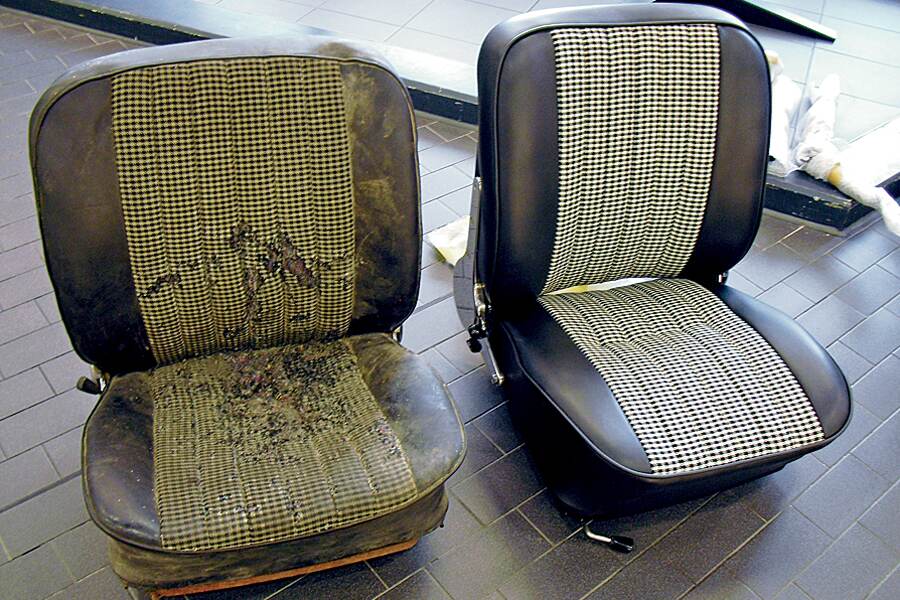 “Many of the features only included in the very first models have been preserved in the car,” he relates with a broad smile. One example is the leather sleeve around the shift lever, which was only installed during the 901 era. The experienced Porsche Museum experts were also presented with a number of puzzles during their investigations. For instance, it was only after extensive research that the two square pipes under the seat adjustment system could be identified as a seat raising mechanism that was available from the factory on request.

Restored to a museum quality finish, #57 takes pride of position in the Porsche Museum as its oldest 901/911. It took a total of three years and an incredible amount of perseverance to return this 901 to its original condition. For Alexander Klein, a hole in the collection has been filled. For people who are passionate about the 911, a further decisive part of the legacy has been saved. And like all the other exhibits, #57 is ready to roll and take part in some classic car races. 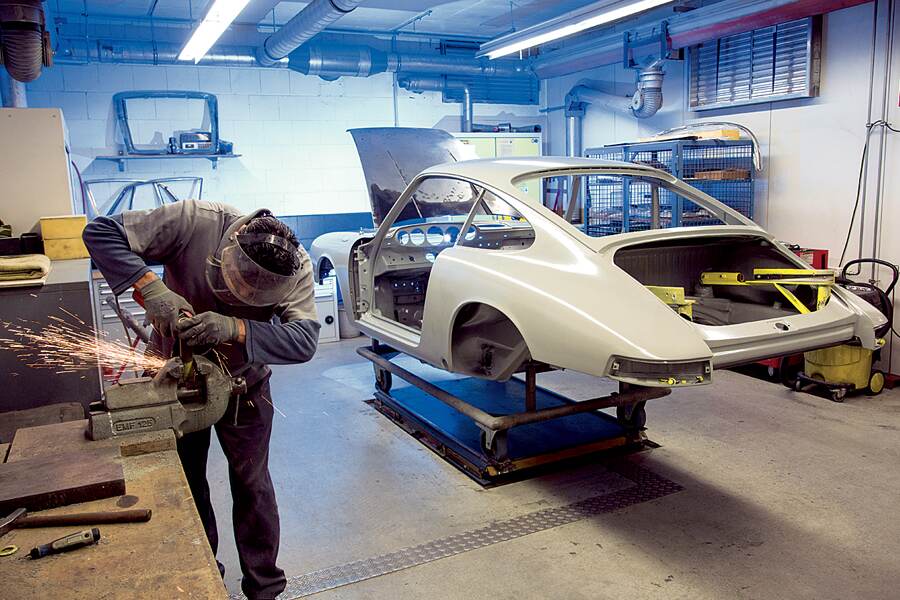 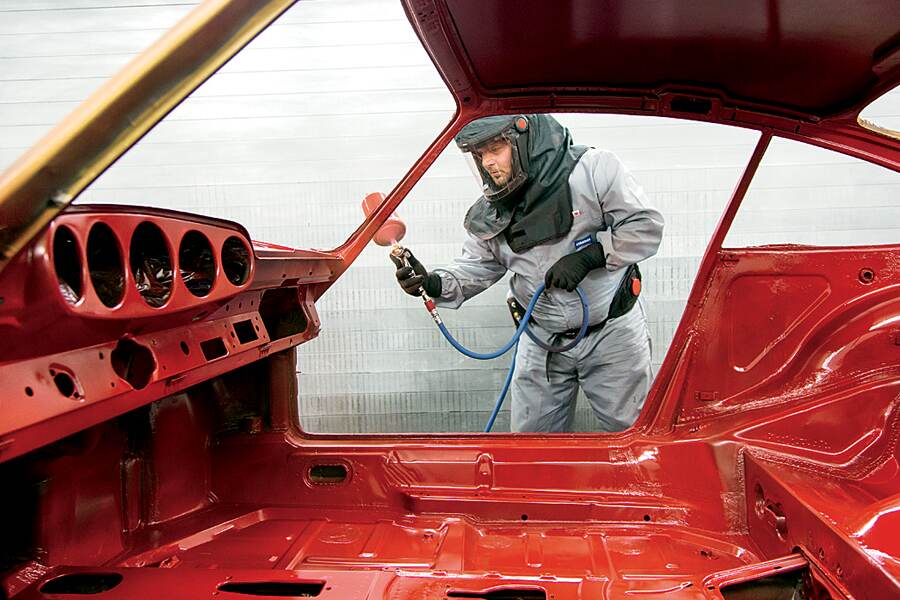 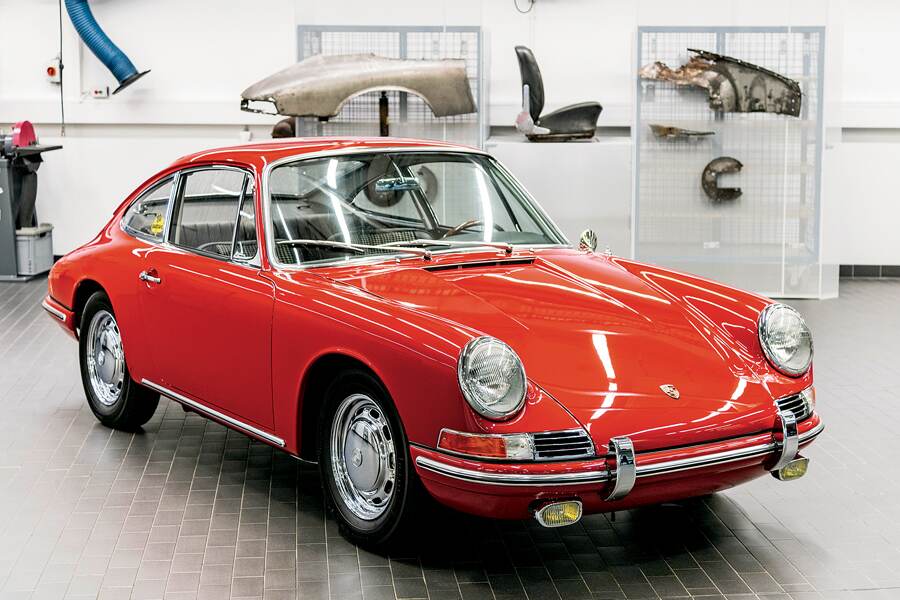 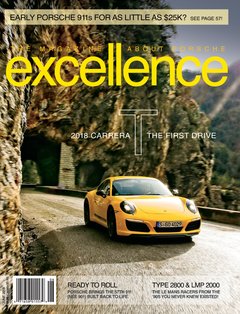