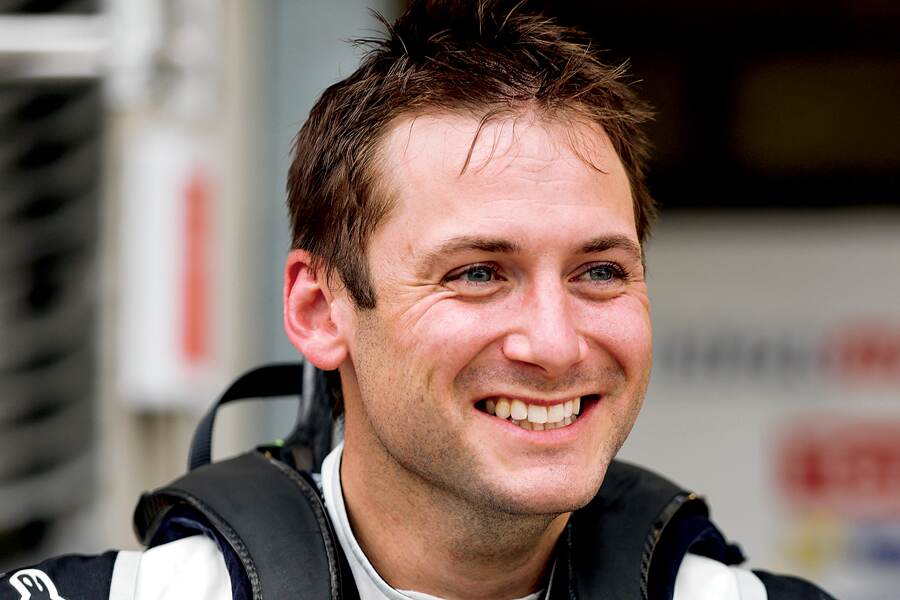 Nick Tandy sits alongside the dynamic duo of Richard Attwood and Derek Bell for a press conference at the Porsche Experience Centre, Silverstone as part of the unveiling of a new 911. Officially named the 911 Carrera 4 GTS British Legends Edition and built in partnership with Porsche Exclusive, this special 991 pays homage to the three British drivers (Allan McNish is strangely not included) who have pedaled Weissach to overall glory at the 24 Hours of Le Mans.

The moment, however, is bittersweet. While Messrs Attwood and Bell wax lyrical to the assembled media about their glory days at La Sarthe, comfortable in the knowledge their own racing careers are long since over, Tandy must juggle the euphoria of his 2015 win with the harsh realization he may never get the chance to tackle that famous race again.

Porsche, of course, has dumped its LMP1 program in the World Endurance Championship (WEC) in favor of Formula E. With the niceties of the general press conference soon over, the Bedfordshire, England-based racer is happy to speak more frankly about losing his LMP1 seat, plus many other subjects, in a spirited one-to-one with Excellence. 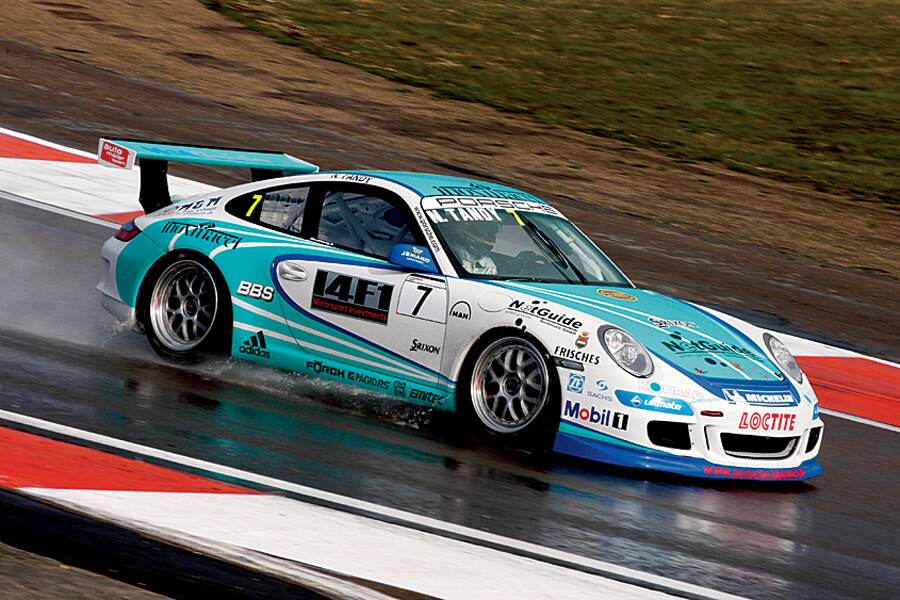 Excellence: Nick, the switch to Formula E is well documented now, and of course it directly affects you. What are your thoughts on the move?

Tandy: Well, I’ve lost my job in terms of my seat in the WEC and LMP1, which is a fact. We’re all disappointed. It’s not just me: everybody who works on that project—and there are a lot of people who work on the LMP1 project at Porsche—as well as everyone who works at the WEC, everyone who likes Le Mans and sports car racing in general is disappointed because it was so good for so long. For me, I’d just got back in the [LMP1] team and back to Le Mans, came close to winning it again in 2017, and now I know that’s no longer going to happen. However, Porsche isn’t pulling out of motorsport full stop, let’s make it clear, and the potential to go and race these awesome new 911 RSRs is great. The stuff that comes out of Weissach these days, whichever vehicles it is, is monumental, so all is not lost from that perspective.

Excellence: Porsche has confirmed you’ll be back in a 911, primarily driving in States, in 2018. How do you feel about that? 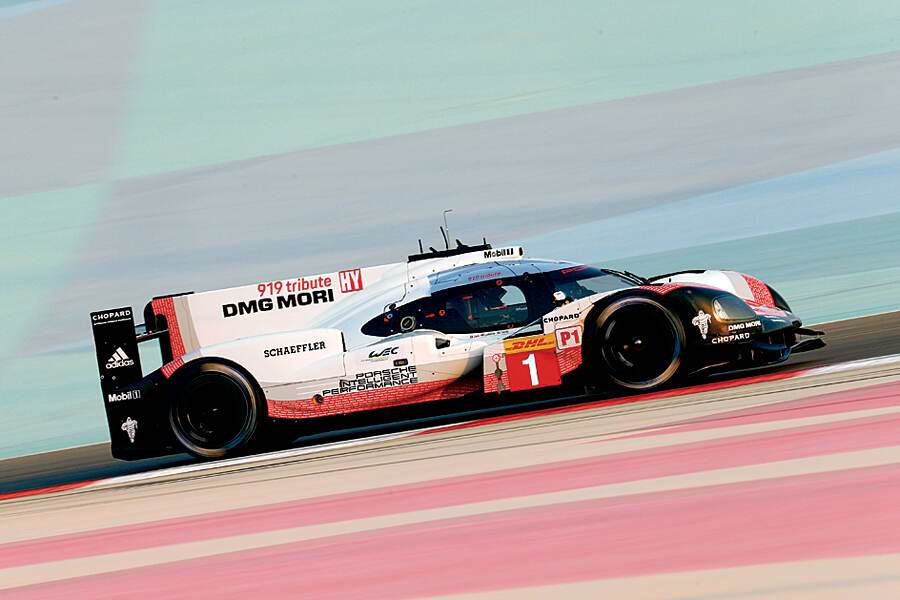 Tandy: It was my idea, actually! When the LMP1 project ended I asked immediately if they [Porsche] would have me back in America. I have a good track record over there and enjoy racing in the States. The adventure begins with Daytona in January so it’s going to be a long campaign but hopefully a fruitful one too.

Excellence: Does Formula E excite you?

Tandy: From a technical level as a manufacturer race series, yes. Have I historically enjoyed watching the races? Not so much. However, do I think it’s going to be a lot better in the future? Yes. What I do like about working with Porsche, and especially with the 919 E-Hybrid to date, is developing race cars—especially in LMP1 where you’ve got so much scope to do what you like. That means as a driver you can have so much input into what the car can be like and how to use these ground-breaking technologies, for example. It filters down to the road cars, and we have an input in their development too. So do I think the e-performance stuff is going to be exciting? Of course. It’s going to be another technological way of developing race and road cars of the future. 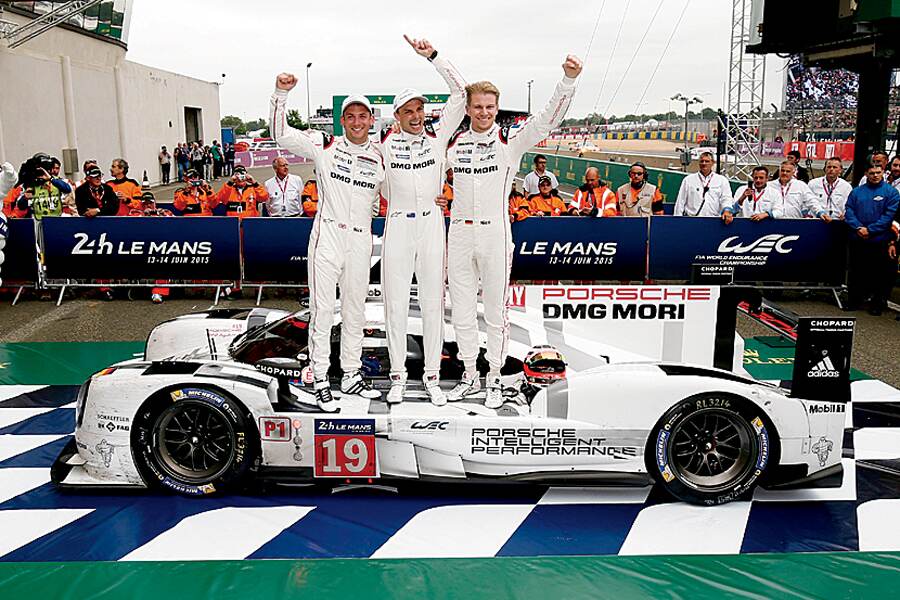 Excellence: You have your own race team in Joe Tandy Racing (JTR). It’s been a great first year in Carrera Cup Great Britain, hasn’t it?

Tandy: We’ve had a great time. We weren’t able to take the championship in the end, but we got the most driver points overall (JTR’s Dino Zamparelli finished level on points with Charlie Eastwood, the latter taking the title by manner of more race wins). The team has been around since 2006, so we’re not a young team, but we’re not an old team either. It was our first year moving away from formula racing, and we went with Carrera Cup due to my Porsche links, and what helped this year was our staff, which were excellent, in working with our drivers Dino Zamparelli, Lewis Plato and Tio Ellinas, who have been great, too.

Excellence: As someone who is still racing, how important is the JTR team management side of things to you? 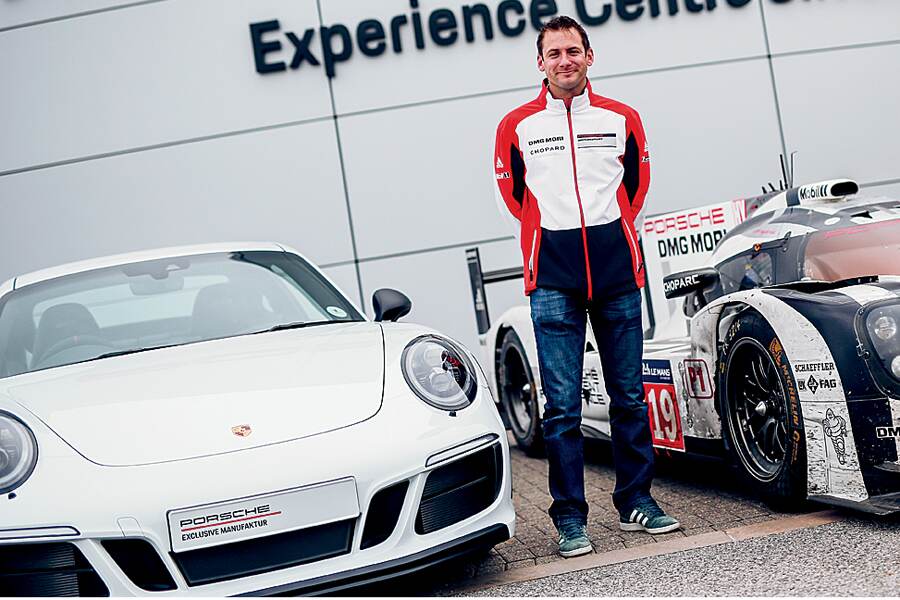 Tandy: Most of the time it’s a complete pain! I get to winter every year and think, ‘Why the hell am I doing this?’ You’re looking for partners and sponsors and thinking, ‘I just don’t need all this!’ I don’t take a wage or make any money from it. I keep it going to keep the people I employ in a job. Maybe at some point in the future if I retire and it’s still going then maybe it’s something I can still do. However, I’ve been doing it long enough now to know that trying to make money from running a race team is virtually impossible.

Having said that, it’s good fun, and it gives me another view on the sport as well. As a driver, it gives me an extra sense of perspective as to how a race team operates. Instead of moaning to the team manager all the time, I can see things from his side, for example. It’s also great to coach other drivers, too. I can teach people what I know but also I get to see all these other drivers and see how they drive, and you never stop learning yourself, so it’s also great from that point of view.

Excellence: You were recently part of the GT2 RS team which broke the Nürburgring lap record. We know Porsche’s official test driver, Lars Kern, recorded the all-important time of 6 minutes 47 seconds, but what was your best?

Tandy: I’d actually just got off a plane that evening from Austin, Texas, and the next thing I know I’m driving a 991 GT2 RS on a hot lap around the ’Ring. I actually held the record myself for all of 45 minutes with a time of 6 minutes 49 seconds, and I thought ‘that’s enough risk.’ The thing is, driving a GT2 RS at the ’Ring, without a full cage, at 335 km/h (208 mph), on road tires and suspension, is not fun! Being a young father of two, I considered my options and the risks I should probably—or probably not—be taking, and thought that was fast enough.

Lars, however, being the daredevil he is, thinks differently! He fancied another go and went out and got 6 minutes 47 seconds. Fair play to him. It was great because (Porsche’s Vice-President of Motorsport and GT cars) Dr. Walliser asked me to go along and support the event with Lars and we managed to work off each other and get some good times, get some good speed out of the car. From my point of view, though, it was a lot of risk for what turned out to be not a lot of reward in the end!

Excellence: We’re at Silverstone today to celebrate the launch of your 911 C4 GTS British Legends edition. How cool is that, having your name on the side of a special edition Porsche?

Tandy: I know! When I saw the first renderings of the car, I was blown away. To think that a factory like Porsche is producing a car on the production line with my signature and race number on the side…it just doesn’t get any cooler than that. Obviously, Richard and Derek, they are legends in their own right. I’m hoping that that will come later for me! 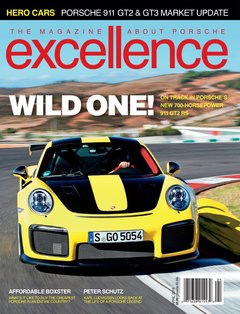