We drive a very special 550 Spyder that ran in the 1954 Carrera Panamericana. 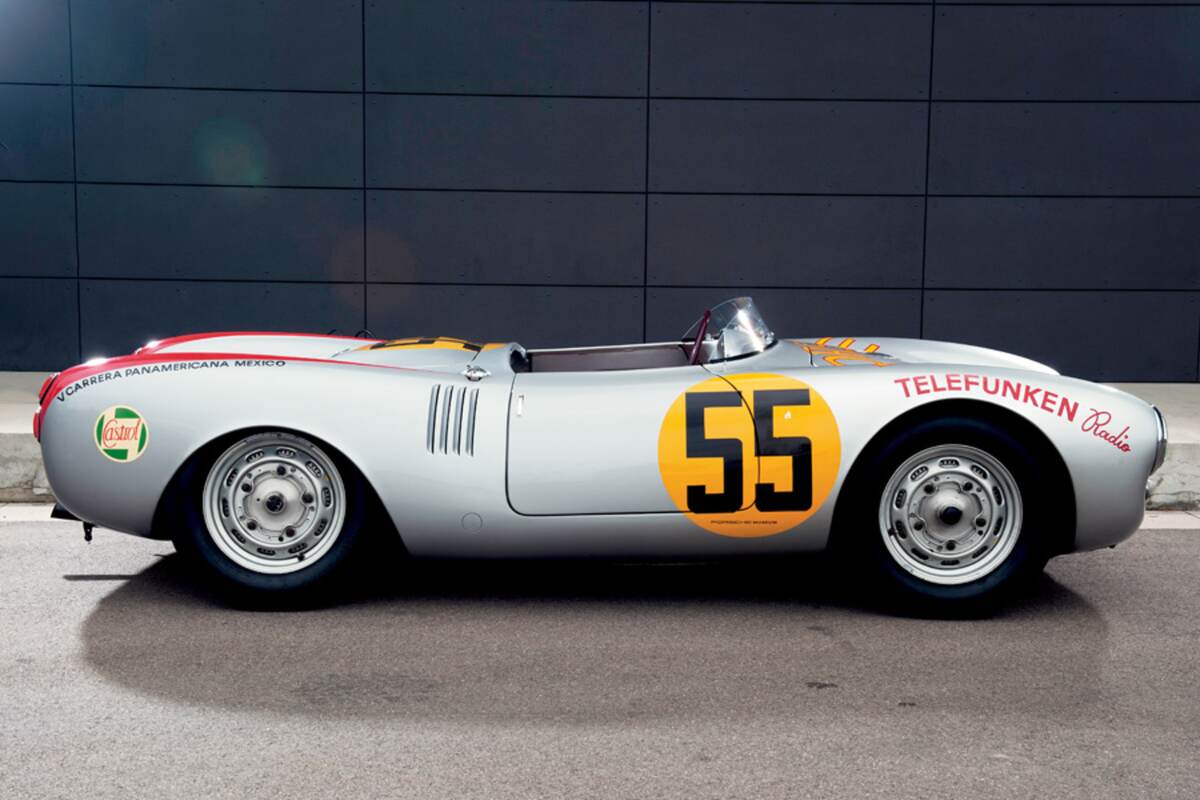 In the days before television, smartphones and the internet, one of the best ways a car company could advertise itself was by racing its machines. Post-war competition regulations allowed essentially stock cars to be raced without much preparation. While this made for less complicated cars, it also meant that these vehicles were quite unsafe.

Back in the 1950s, few race car drivers were interested in safety gear like roll cages and seat belts. Even the use of helmets wasn’t mandatory (some racers of the day even though that using one as a sign of weakness!). Back then the news about fatal crashes was practically as common as reports about spectacular victories.

The car that epitomizes Porsche from this bygone era in motorsport most is undoubtedly the mid-engined 550 Spyder. Being that the 550 is also where the Porsche Spyder moniker got started, we decided to check one out. But the one we’ve got isn’t just any Spyder. 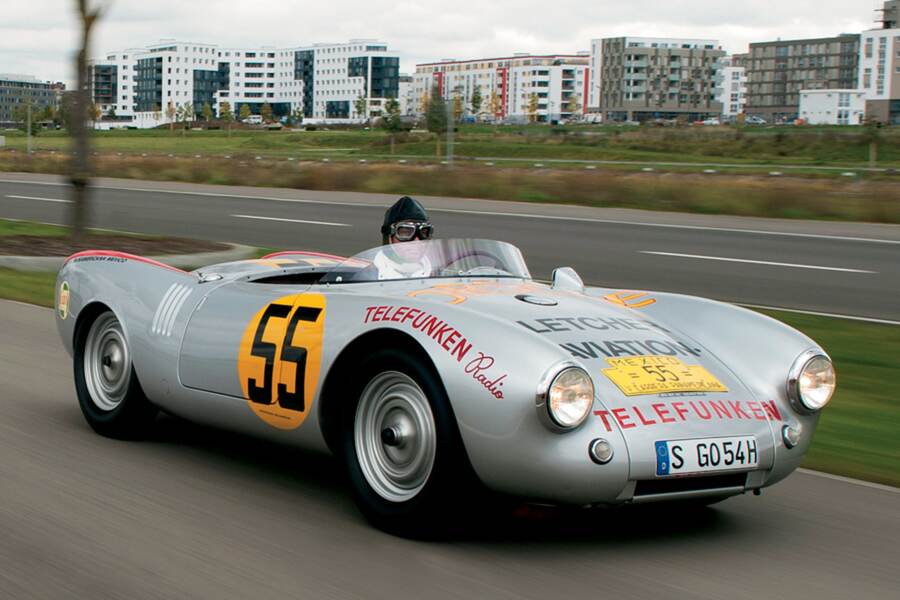 Today, we’re in Stuttgart, Germany with Porsche 550 Spyder serial number 550-04. This is the actual car that Hans Herrmann drove to a third-place finish and a 1,500-cc class win in the fifth and final original Carrera Panamericana through Mexico in 1954. In that event, 04 covered 1,910 miles in 19 hours and 32 minutes, averaging 97.67 mph. The only cars quicker than the Spyder were a pair of much more powerful V-12-powered Ferrari 375s.

The Porsche Museum is 550-04’s current owner, and the entity that graciously allowed us to experience this car up close and personal. Porsche wasn’t its only owner since 1954, however. After the Carrera Panamericana, Porsche sold 04 to Robert H. Davis of Bloomington, Illinois for $6,000 so it could keep its racing program going. This was actually normal procedure for Porsche back then, as there was no interest in building a company collection of its cars. The Spyder changed hands many more times until Porsche bought 04 back and restored it to its original condition. How original? Let’s find out for ourselves.

Behind the Banjo-Spoked Steering Wheel 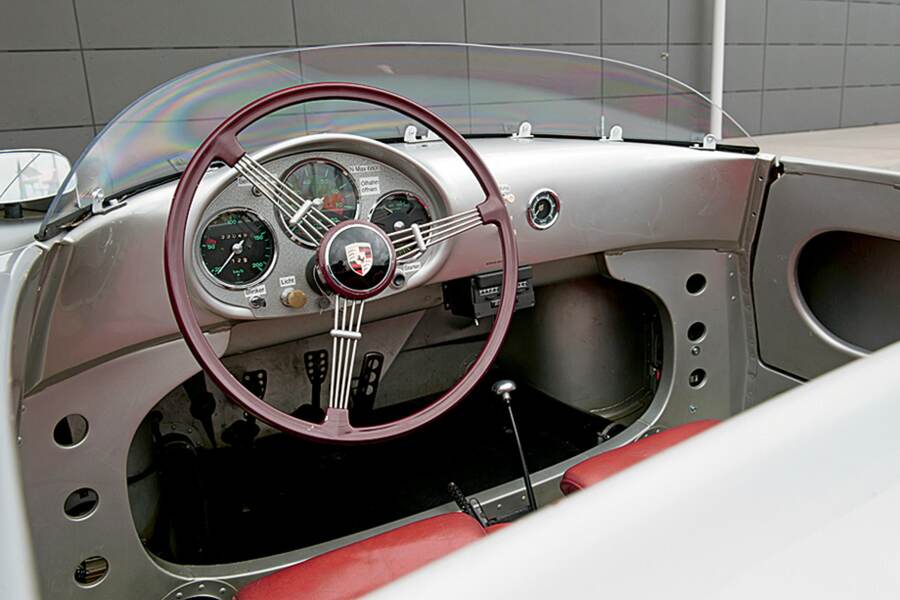 Just climbing into the 550 Spyder is an experience. First, you grab a tiny door handle fitted to a flimsy aluminum door and pull it open. To climb onboard, you have to throw your right leg over a broad doorsill and place it firmly against the front bulkhead located right in front of the seats. Your left leg then joins in the same manner. You can then finally slide into the small bucket seat. Just be sure not to bang your knees on any of the hard objects surrounding your legs!

Inside, the 550’s interior is raw, with mostly bare metal and practically no comfort. Since the car was built in the 1950s there are, of course, no seat belts or any other real safety gear—other than a later-added fire extinguisher—to be found. Gazing over the low windshield and then at details inside, like the empty door recesses, give you the impression that you are sitting in the cockpit of an airplane.

The controls on the dashboard all seem somewhat delicate, which makes sense since they were chosen for their lightness rather than their strength. Porsche’s obsession with removing every possible ounce of excess weight from the car is evident virtually everywhere, down to the drilled-out pedals and handbrake lever. 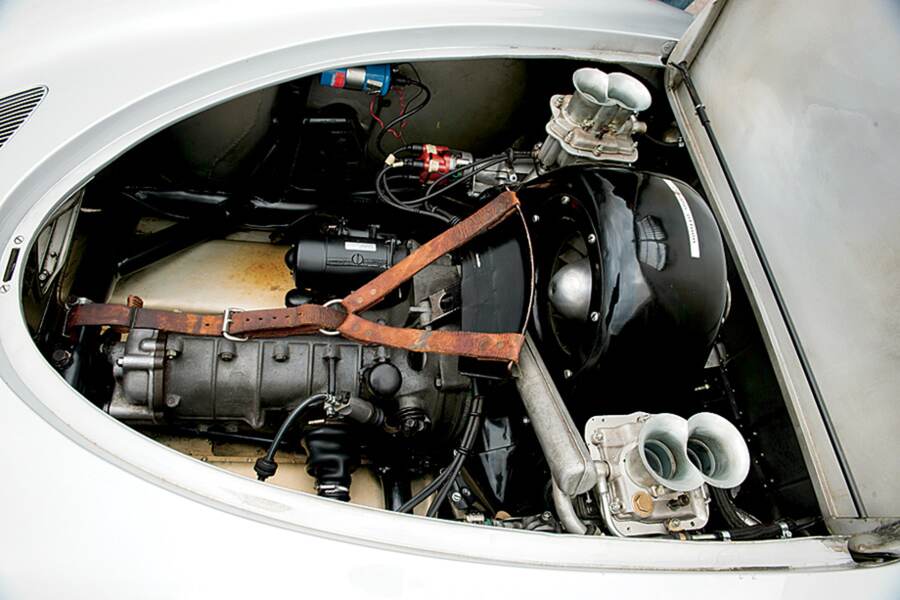 Although the banjo-spoked steering wheel is grand in diameter, it has a thin rim and tiny spokes, which was, again, done to save weight. For gauges, there’s a large tachometer positioned centrally, a speedometer to the left and an oil temperature and pressure gauge to the right.

Ready to feel what the 550 has to offer, I firmly press the black button on the dash labeled “Starter.” Giving the engine some gas with my right foot, the 110-hp 1.5-liter flat-four engine coughs to life with a cloud of blue smoke coming from car’s single central tailpipe.

Behind the wheel, the engine beats nervously with a metallic growl. The tiny shift lever glides into first gear of the four-speed ZF transmission with surprising precision. I notice that the shifter gate features a special pawl that prevents the driver from accidentally shifting into reverse, which is positioned very close to first gear. I let out the clutch and get rolling without any jerkiness. 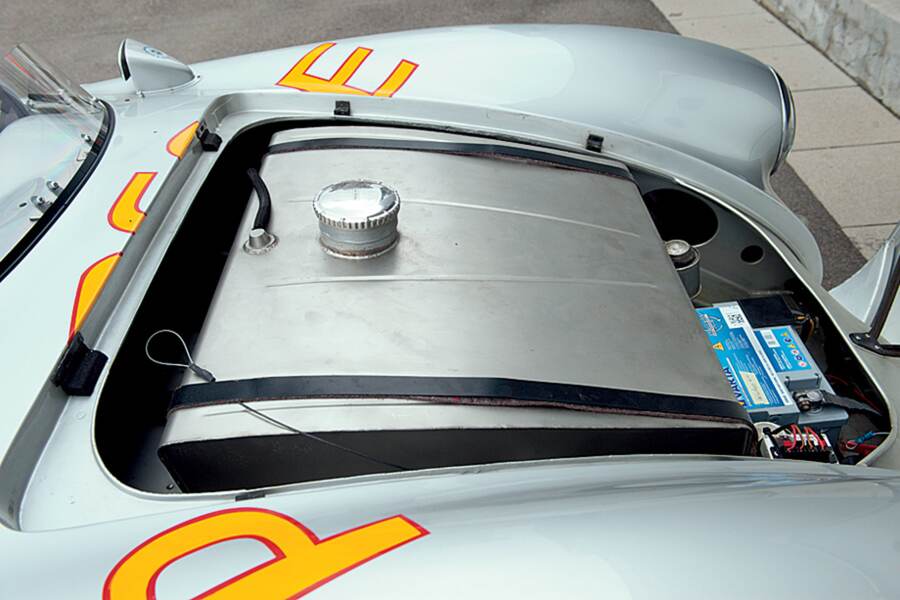 The engine, finally up to full operating temperature, is now working brilliantly. Each time I lift off the throttle, the powerplant makes glorious pops as if it were almost trying to tell me about its racing history. It revs easily in the same way modern engines rev rather than one that was designed six decades ago.

The 550’s unassisted steering, however, reminds me of the old days. Although the 5.50 × 16-inch Dunlop Racing tires fitted to the car are practically narrower than the soles of my shoes, there is a very strong resistance when turning the steering wheel—especially when you are pushing it through the curves. Steering effort aside, I point 04’s nose towards the autobahn so I can sample the speed and acceleration of this little gem.

Despite its tiny size—it’s just under 12-feet long and just over three-feet high—everyone on the road notices the 550’s presence. Thumbs go up, smiles broaden and smart phones switch to camera mode faster than you can say Panamericana. Although the 550 is getting a warm reception, the cloudy and cool fall weather in Zuffenhausen makes driving a car with no top and no heater challenging. I duck behind the low windshield. This works fine until some drops of rain start to fall from the German sky…and I realize there are no windshield wipers. 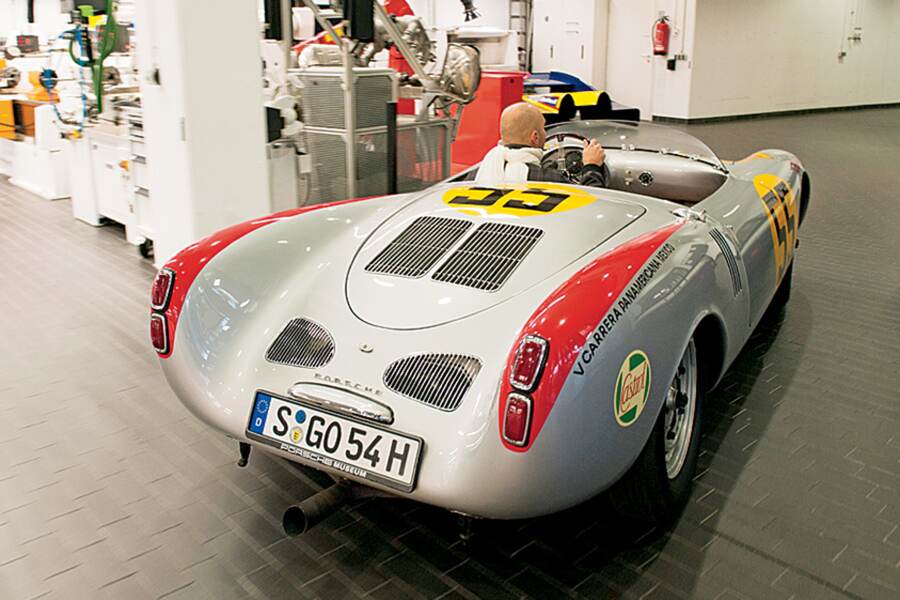 On the open road, this Porsche feels light and lively. It easily keeps pace with modern sports cars and reaches 100 mph in fourth gear without any significant effort from its flat-four engine.

What does make the 550 feel different from modern cars are the brakes—or, rather, the lack of them. No matter how lightweight the car is, the four drum brakes are nowhere near as good as modern discs. Now I understand why Han Herrmann drove 550-08 under a closing railroad crossing, narrowly escaping an express train, during the 1954 Mille Miglia: He couldn’t stop!

The brakes aside, the boxer engine sings at high rpm and any worries I had about being vulnerable in an open-top cockpit disappear. The all-around visibility is fantastic, so there’s rarely a need to use the 550’s single small rearview mirror.

In addition to the lack of safety equipment there is virtually no travel in the torsion bar and Fichtel & Sachs-damped rear suspension. One can only imagine how difficult it would be to concentrate for hours while sitting in a hard bucket seat while the rock-solid ride does everything it can to fracture your spine. After a brilliant-but-bone-jarring drive, I decide to take 04 back to its stables.

I make it back to the museum just before the skies fully open up and pour cold rain onto the little Spyder. Once I’m parked, I quietly reflect on being in one of the greatest workshops on the planet. Surrounded by an array of colorful Le Mans-winning machines, this 550 feels like the patriarch surrounded by its accomplished offspring. There might be decades of performance differences between them, but they all offer driving experiences that would be hard to match. The 550 Spyder is the car started a new chapter for Porsche in a story that still triumphantly continues today. 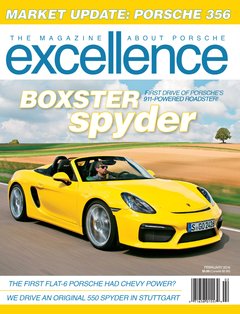