After winning Le Mans in 1994, Hurley Haywood got a surprising phone call 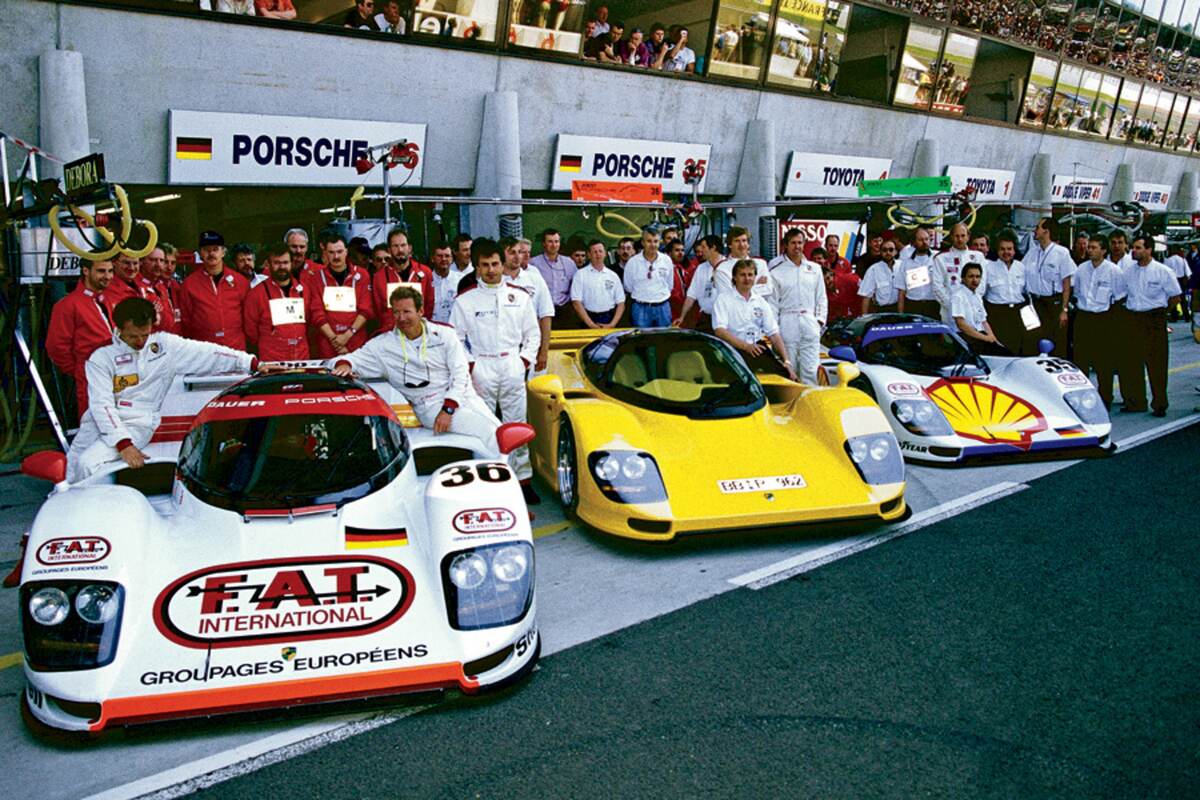 Photos by Dom Miliano and Porsche

On a cool and windy morning in September 1997, I sat anxiously in the right seat of a brand-new Porsche Boxster waiting for a thrill ride around Pocono International Raceway with the legendary Hurley Haywood. When the great man eased into the driver’s seat, the first thing he did—even before he fastened his seat belt or put on his helmet—was switch off the traction control.

When he switched prehistoric “Please Save Me” back on from the passenger seat, however, I couldn’t help but notice that he was wearing what looked like a cheap, bought-it-at-the-drug-store wristwatch, not the Rolex Daytona that I expected. As our Porsche idled in pit lane, waiting for its turn out on the high banks, I asked him about the watch.

“Actually, it is a Rolex, just a plain one.” Adding, “Rolex gave it to me because there are places in Europe where they’ll cut your hand off to get your Daytona.” I’m an unapologetic watch geek and know quite a bit about nearly every Rolex model ever made. I personally had never seen one with a simple white face and, heavens, a rubber Timex-like rubber strap.

As with all press days, the schedule was jam-packed with activities, so I never got a chance to pump Haywood for more details or even a better look at the watch. But I never forgot that event and promised myself that if I ever had the opportunity to speak with him again, the Rolex question would be high on the list.

Jump ahead several years to a recent Porsche Club of America (PCA) monthly meeting—guest speaker Hurley Haywood. I was there, and when I went over to say hello, surprise, I spied a magnificent gold Rolex Daytona on his wrist. After he gave his presentation to the gathered members, I hung back hoping I could get to, finally, solve the great wristwatch mystery. Haywood graciously stayed well into the evening, autographing hats, toys, hero cards and photos until the last member made for the door. Sidling up to him, I pounced! I finally was able to pose my long-simmering question about the plain-faced Rolex. Laughing, he said, it’s actually a good story if you have a few minutes. 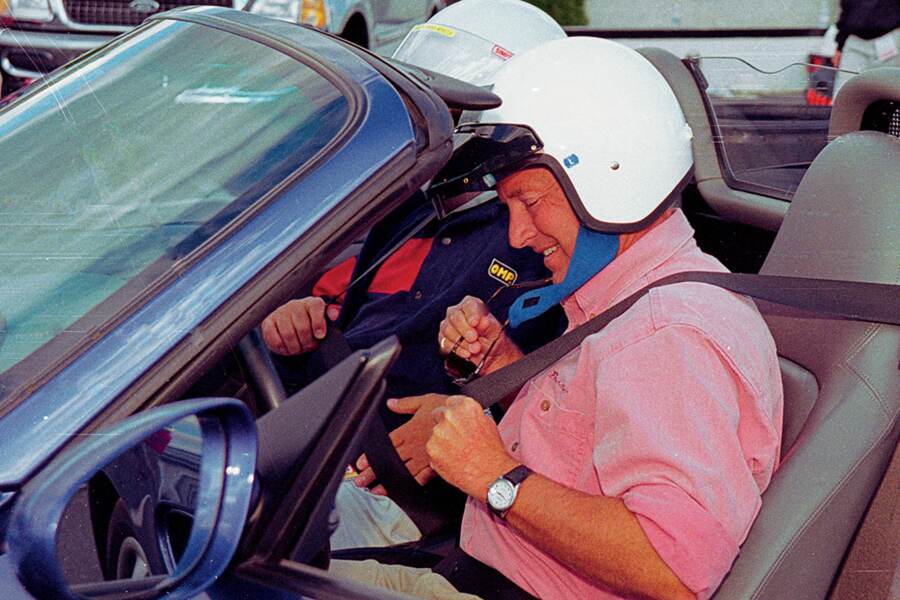 First, he said that he has several very beautiful and valuable Rolex Daytonas and that he wears them proudly. However, as he told me back so many years ago, wearing one in the wrong place could get you mugged—or worse! That’s why, on one trip to race at Le Mans in 1994, he left all of his prized Rolexes home and went off to France without a watch. Now, as anyone who regularly wears a watch knows, not having one on can get frustrating. So much so that he grabbed a cheap watch at the airport newsstand—just to have the convenience of always knowing what time it was.

Because he wasn’t worried about losing what was essentially a throwaway, he wore that cheap watch all the time he was at Le Mans. And so it was, when his team actually won Le Mans, it was on his wrist. That’s why, when he held up the first place trophy in victory lane, he was photographed wearing what was clearly not one of his prized Rolexes.

Smiling, Haywood said that some time after he got back to the U.S., his office phone rang—to his surprise; it was the president of Rolex. After exchanging the usual pleasantries, the president asked, “Hurley, do your watches need service?” Surprised, Haywood said, “No. They’re all working perfectly. Why do you ask?” That’s when he learned that, when the photos of him holding up the trophy on the Le Mans podium were published across the world, the folks at Rolex couldn’t help but notice that he was wearing someone else’s timepiece. Haywood had to come clean and tell him that he left all of his Rolexes safely home so some miscreant at the airport wouldn’t rob him. Sounds of understanding came back from the top man at Rolex and, once again, they exchanged pleasantries and rang off.

The story didn’t end there, though, because shortly after their conversation, a small package arrived at Haywood’s home. When he opened it, he found a plain-but-elegant Rolex sporting a custom-made rubber strap—the one I saw him wearing at Pocono. Also in the box were a few extra rubber straps, just in case any wore out.

As it turned out, this special Rolex became Haywood’s go-to watch whenever he traveled and, I’m speculating here, maybe that was because he knew he was not only wearing something with excellent quality but, more importantly, that almost no one else would know what it was. I also think that, because Rolex thought enough of him and his accomplishments to send him this thoughtful gift, he really liked wearing a personal present from a friend.

Haywood wore the gift watch so often that he eventually worked his way through the original rubber strap and all of the extras that came in the package. Sadly, when he approached Rolex about replacements, the president who sent him his surprise package had retired and the person he spoke to wasn’t sure that rubber straps and Rolex watches were something they could support.

And so, that’s the story of the great Hurley Haywood watch mystery—a thoughtful gift from an understanding friend. By the way, the gold Rolex he had on at the PCA meeting was also a gift. It was given to him as a thank you for being a Grand Marshal at the Rolex 24 Hours of Daytona. How cool is that? 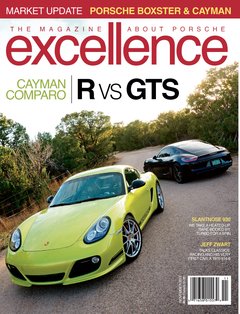