An air-cooled Speedster with turbo power 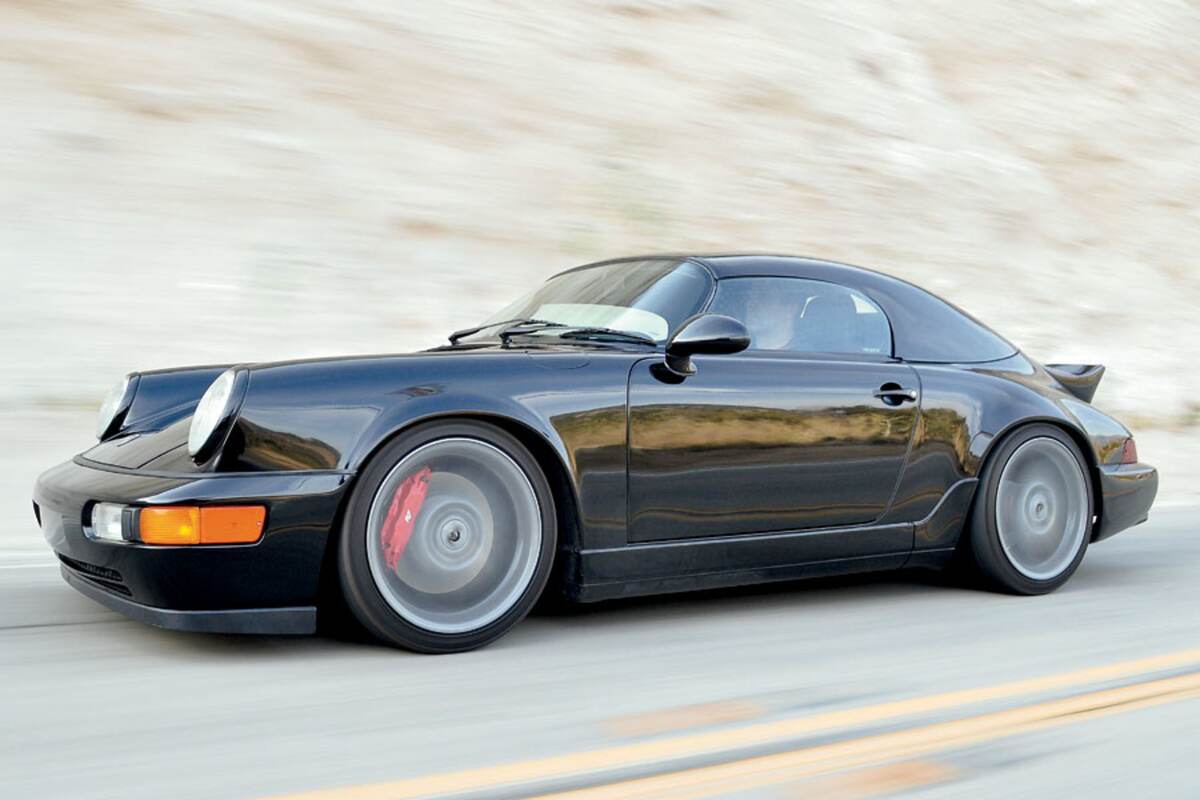 If it weren’t for a crying two-year-old and a mild case of insomnia, Todd Dakarmen wouldn’t have been up at 3:00 am scrolling through car listings like he was counting sheep. His initial searches for collectible ’89 and ’94 Turbos came up empty. Undaunted, he modified his search to 1994 911s. What came up sent a jolt of adrenaline through his arteries because it seemed to be a case of too good to be true: a ’94 Speedster with 100,000 miles on the clock and a “Buy It Now” price of $30,000. He pressed “Buy” and then actually managed to get to sleep.

When Dakarmen woke up a few hours later, he got a call from the seller asking him he if he’d been drinking the night before, when he bought the car at 3:00 am. It turned out that the two knew each other: Dakarmen is the owner of LA Dismantler, one of the largest Porsche dismantlers in the country, and he had been selling parts to the owner of the Speedster, a car dealer, for many years.

Dakarmen went to look at the car and found it checked out as a numbers-matching car with a well-documented service history. The body and interior showed a little wear, but that didn’t concern him because, at the time, he already owned a ’94 Speedster with 4,000 miles and an ’89 Speedster with 3,000 miles. This one, he figured, would be enjoyed on a regular basis, with less concern about its preservation and resale value. 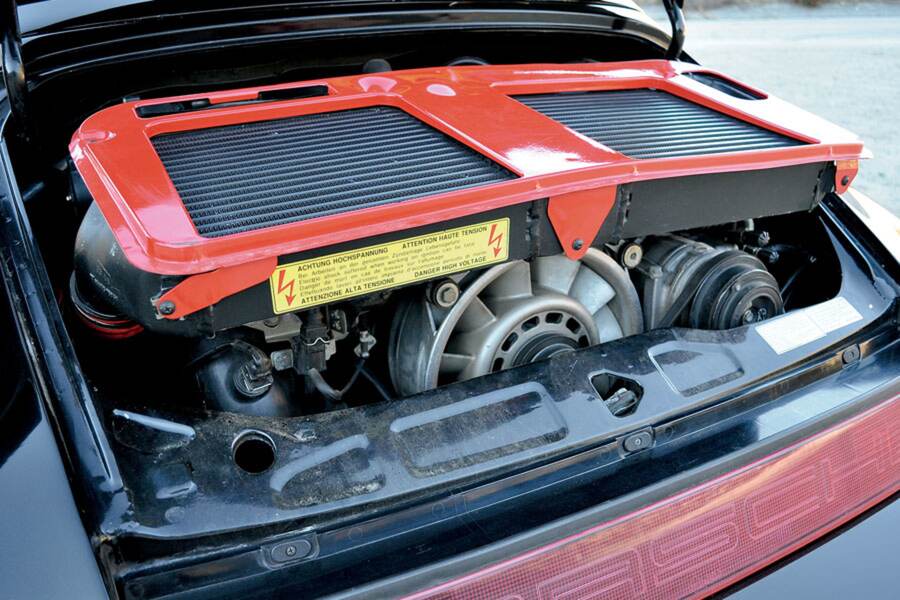 Over the next two years that he owned the car, which became known internally as the “Speedball,” one of Dakarmen’s friends constantly hounded him to sell it. He would always turn him down, until one day he gave in. From there, it didn’t take long for new owner Bob Wake to put his touches on the car.

Wake removed the soft top and installed a Strosek hardtop. Then came a set of made-to-spec H&R coil overs, brakes from a 993 Turbo, a set of 18-inch Ruf wheels and front uprights from a 993 GT2 Evo.

As the car moved further and further away from stock, the two talked about what was needed to give it some much-needed edge. That, of course, was more power. The thought of swapping in a VarioRam engine from a 993 was tossed around. That idea changed when Dakarmen acquired a wrecked 993 Turbo. In exchange for the Speedster’s engine, gearbox, and some cash, Dakarmen sold Wake the Turbo’s engine and a six-speed, two-wheel drive gearbox. 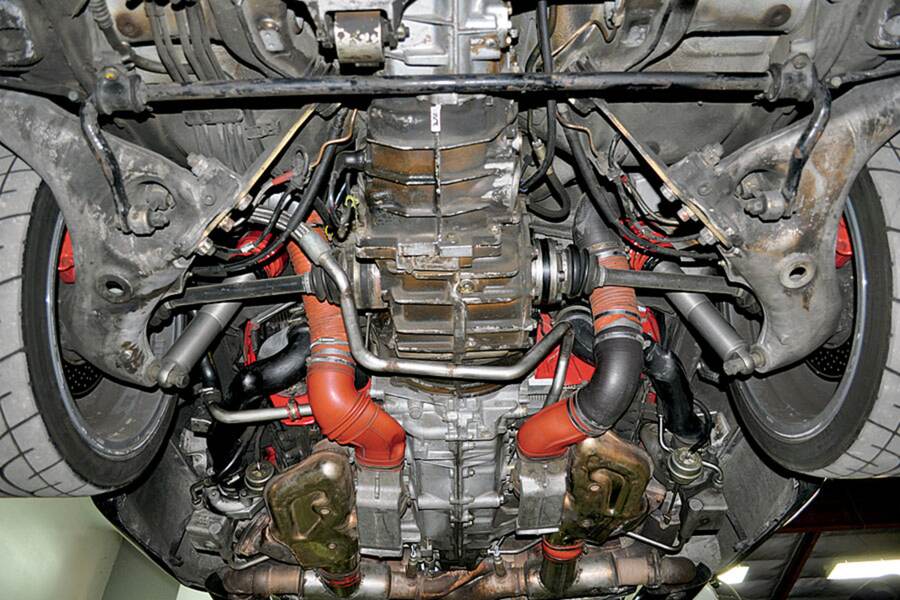 Installing the Turbo’s engine meant the original decklid had to go in order to make room for the new engine’s intercooler. Instead of using a decklid from an earlier or later Turbo, Wake decided to design and build one himself. While that may seem like a daunting exercise, for Wake it’s literally something he does every day as a Design, Color and Fabrication consultant at the VW/Audi Design Studio California in Santa Monica. Wake said he put on a ducktail from the mid-’70s and scanned it with a 3D camera to get the base dimensions. After some fine-tuning on the computer, Wake created a one-of-a-kind, fiberglass, ducktail spoiler that looks like it could’ve come from the factory.

The drivetrain swap took nine months, but the results were worth the wait. Dakarmen described the acceleration as “scary,” but not for the best of reasons. With the Speedster weighing just 3,100 pounds, the extra oomph overwhelmed the rear tires. The enviable power-to-weight ratio worked to a disadvantage. Wake then decided to have the Ruf wheels cut and widened from 10 inches to 11 inches. That allowed them to fit wider 315mm rear tires instead of 285mm tires. It helped, but even the wider rubber would still slip under a heavy throttle.

The car would remain untouched until Dakarmen bought the car back from Wake a few years later. Shortly after that, the solution to the traction problem came in the form of a wrecked 993 Turbo S with 4,000 miles on the clock. This time, Dakarmen decided to use the entire drivetrain, front and rear, and everything else from the car, including all of the computers, wiring, ABD5 ABS system and dashboard gauges. He’d also modify the engine into something even more special than the limited edition Turbo S’s engine. 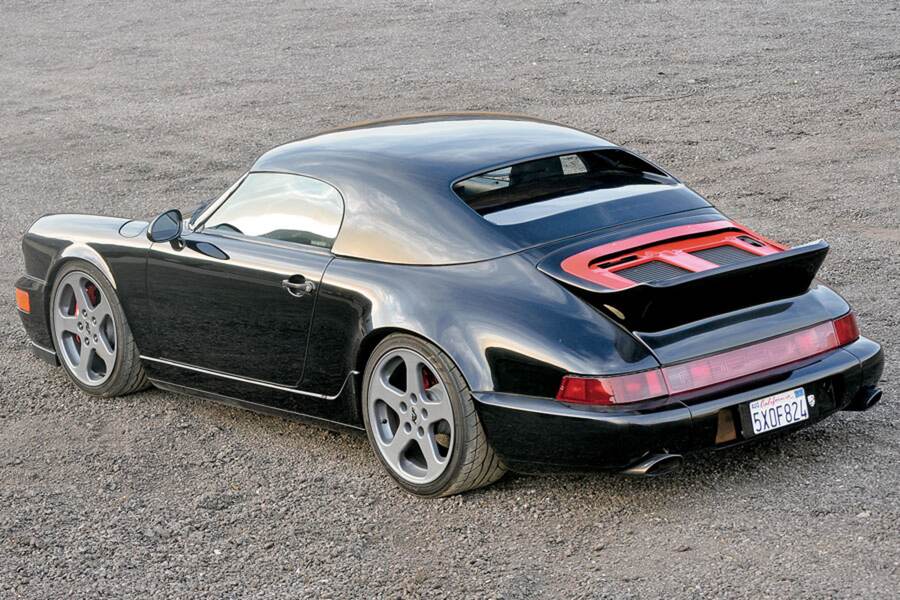 Dakarmen decided to install a pair of turbines from the legendary GT1 street car. Given the rarity of the GT1, both race and road versions, a pair of turbos from that car are as scarce as moon rocks. These came to the U.S. packed in carry-on luggage from Germany and were hand delivered to Dakarmen’s shop. According to both Tony Callas of Callas Rennsport, who worked on the GT1s campaigned by the Rohr race team in the late ’90s, and Kevin Matwichuk of Ultimate Motorwerks, who specializes in turbos for both air-cooled and water-cooled engines, the GT1 turbocharger is a hybrid version of the 993 Turbo’s Kühnle, Kopp and Kausch K16 turbocharger with a modified compressor housing machined to fit a compressor wheel similar to the K24. Accordingly, these GT1 units are often referred to as K16/24 hybrid turbos.

Getting the most out of the turbos required two 100-cell catalytic converters and a remap of the ECU, both of which came from the Swiss tuner SporTec, with peak boost set at 1.1 bar (16 psi). To handle the increased loads, the stock connecting rods were replaced with Carrillo rods and the heads were tightened down with ARP head studs. The mufflers were removed, leaving just the pair of 100-cell cats. Surprisingly, the deep tones that emanate from the turbos aren’t too loud, even at high rpm. Dakarmen said the engine’s output measured 530 hp to the rear wheels, or approximately 610 hp to the crank.

The engine pulls well off the line, but you can tell there are bigger turbos because the mid-range isn’t as snappy as a stock 993 Turbo. You can feel the turbos winding up, delivering gobs of silent, tugboat torque, but you can also sense they’re just starting to spool towards peak efficiency. In the second half of the rev range, the bigger turbos make the stock K16s feel asthmatic, pulling harder with each rpm, never dropping off, capping off each shift with a whoosh-pfft of an inhaling intercooler and an exhaling blow-off valve. It’s still scary, but it’s a manageable kind of scary, as the car never feels overwhelmed by the power. 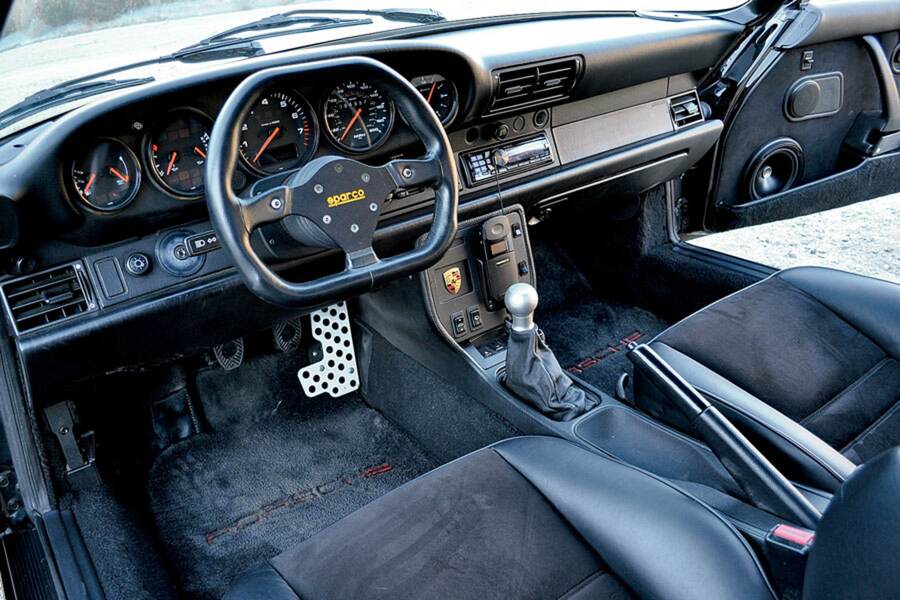 The extra weight up front gives the car a planted feel in the corners, as well, much more than a stock all-wheel drive 911, which tends to understeer—mostly by design—when pushed beyond its limits. But Dakarmen’s Speedball turns in sharply and holds a tight line thanks to Yokohama Neovas—225/40-18s up front and 265/35-18s out back—providing a near-neutral handling balance. They eventually do start to slide, but by that point the car’s already at the apex and you’re more concerned with getting the exit right. The 993 Turbo brakes are more than a match for the ballistic velocities the car can dial up.

A classic air-cooled Porsche exhibits an unfiltered connection between the steering wheel and the tires. But with that also comes bump steer and a squirming Sparco race steering wheel as the tires tackle asphalt irregularities. Set low for show, the suspension sometimes runs out of travel as it tries to corner and absorb mid-corner bumps at the same time. Fewer turns on the H&R coil overs would probably make it feel more settled.

Dakarmen’s Speedball is the kind of car many wished the factory had built but never did—a Speedster that’s as fearsome as it is uniquely styled. Few of us have access to the kind of parts that Dakarmen does, but if we did, we’d probably build a Speedball, as well. 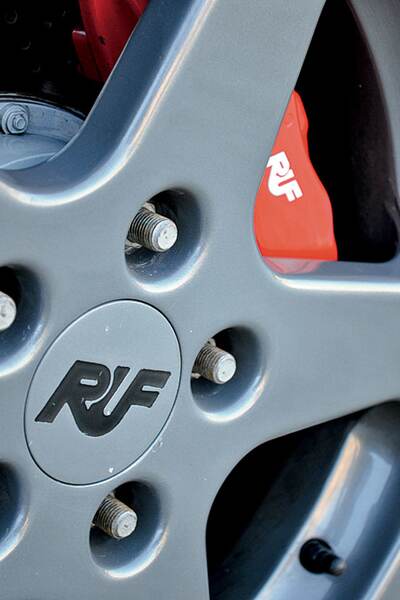 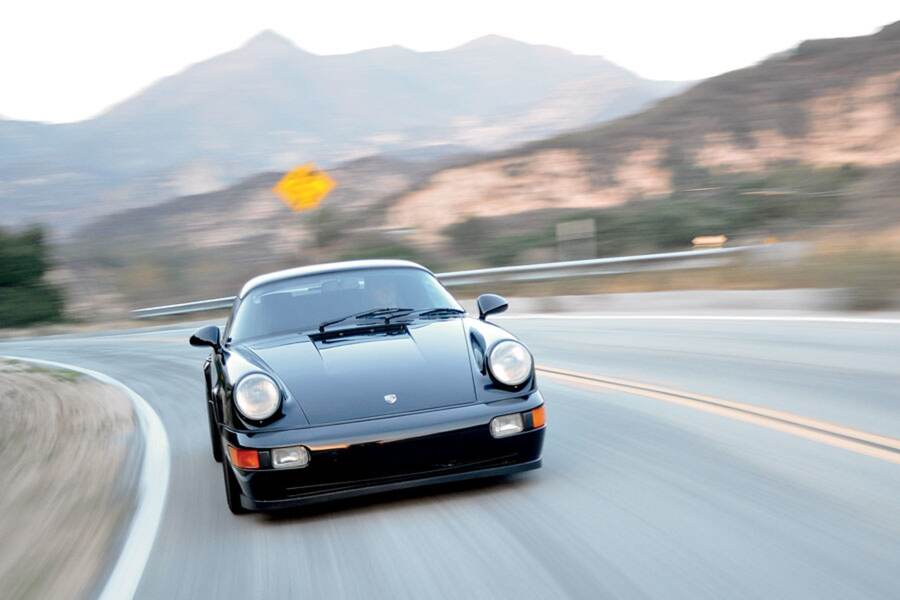 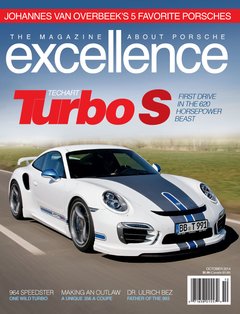