The story of who really built the GTLs 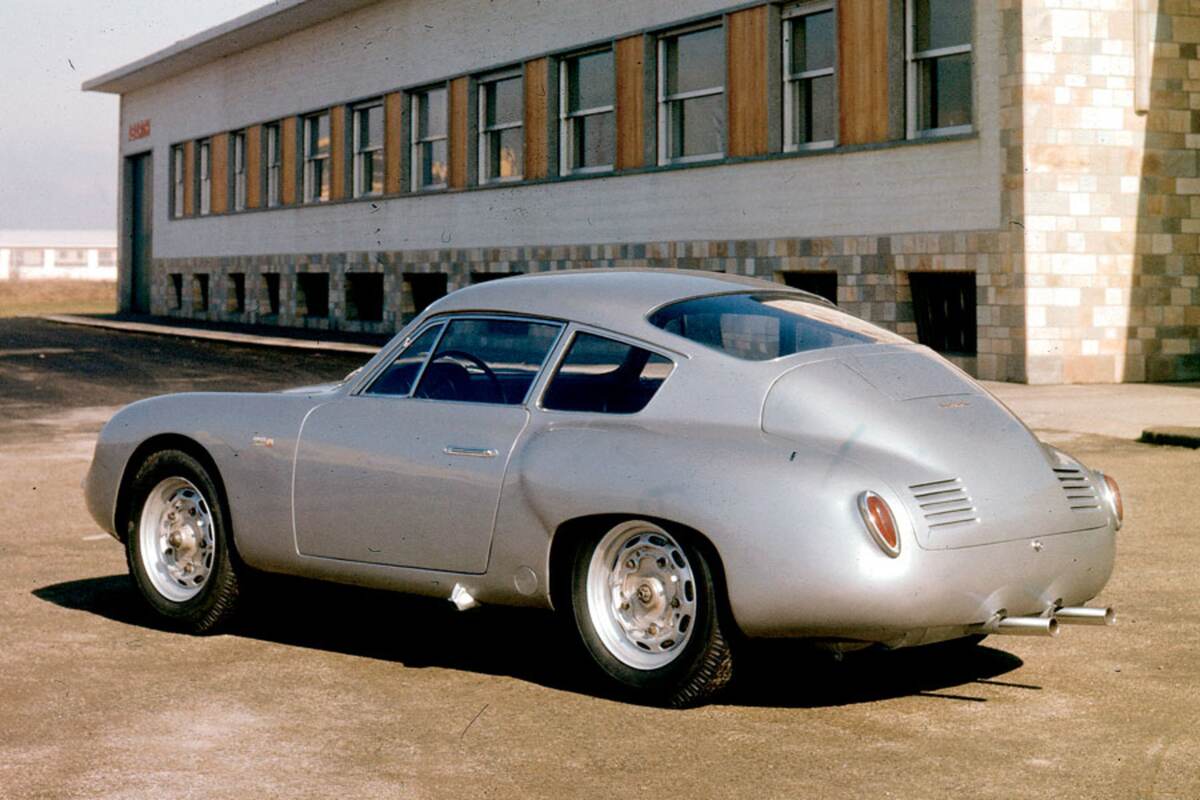 Among the many riddles the author had to solve in the updating of Porsche: Excellence Was Expected was the identity of the makers of the Porsche-Abarth bodies. This led him on a very merry chase.

In 1960, when the Abarth-bodied Porsche Carrera came to life, I was the editor of Car and Driver at Number One Park Avenue, New York. I received a brief report and photos of the new model from my friend and colleague Edward Eves. We printed verbatim his information that the bodies were being made to Abarth’s design by Milan coachbuilder Zagato. When I wrote my history of Porsche, I said the same thing. This got me in a lot of trouble.

As researchers dug into the story of these cars, the Zagato attribution looked more and more fragile. For example, Zagato denied having anything to do with them—kind of a clue there. Other coachbuilders started to be mentioned. It looked like I had some work to do for the updated version of Excellence.

It’s time for a bit of back story. The motivation for improving the Carrera wasn’t to improve its racing performance in the 1,600cc GT class. The MG Twin-Cam had proved less than a menace. But competition between Lotus Elites and Alfa Romeo Giuliettas in the 1,300cc GT class was so intense that they were gaining on the Carrera’s lap times. To avoid the embarrassment of being overtaken by these small fries, Porsche moved to improve its Carrera for 1960. 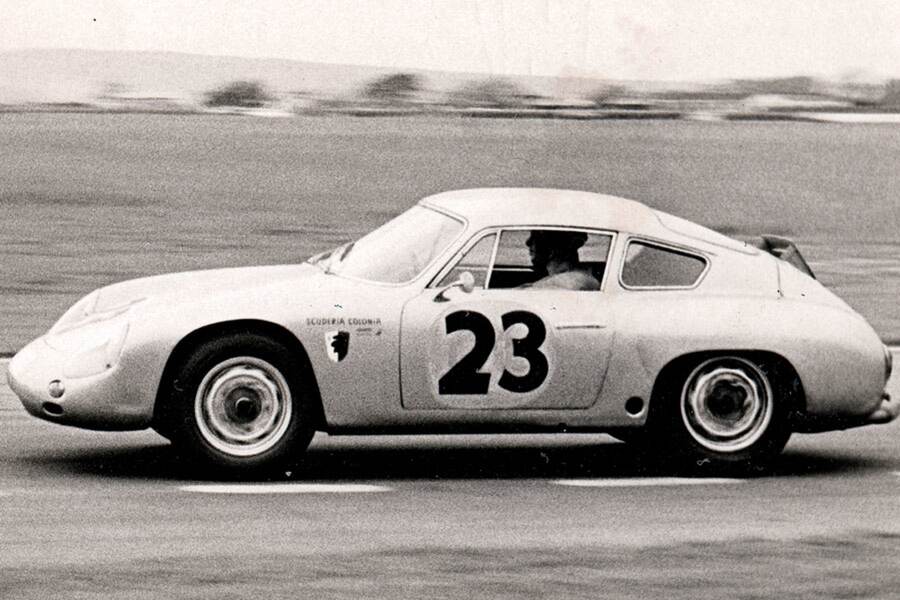 The FIA’s GT-class rules allowed a different body, as long as the car’s weight remained above the homologated figure—an invitingly low 1,712 pounds In the summer of 1959, Porsche asked two suppliers for bids on the manufacture of 20 special lightweight bodies for the 356B chassis: Wendler, the nearby maker of Spyder bodies, and our prime suspect, Zagato.

As so often happens in Italy, news of a new project spread quickly. During the rest of 1959, past and present friends of Porsche got in touch to inquire about this body-building opportunity. Among them was Karl “Carlo” Abarth. In 1958 and ’59, Abarth and his aide Renzo Avidano were successfully building and selling small-displacement Fiat-based rear-engine sports-racers that were, indeed, bodied by Milan’s Zagato. Dirk-Michael Conradt’s research tells us that Abarth journeyed to Frankfurt for the auto show in September 1959. At the Frankfurter Hof hotel, he met on the 18th with the top men of Porsche: Ferry Porsche, sales chief Walter Schmidt, and technical boss Klaus von Rücker.

For one million lire each, said Abarth, he would body 20 Carreras—this price to include his tooling. The bodies were to be “as light as possible.” The cautious Ferry agreed in principle, but asked that Abarth start by building one such body as a sample. October 21 was set as a deadline for Abarth to inform Porsche about the kind of body he would build and for Schmidt’s department to confirm its sales objective and likely pricing.

Porsche named the experienced Franz Xaver Reimspiess as its liaison man for the project. He travelled to Turin to meet with Abarth on October 6 and 7 to go over project details. Reimspiess set out Porsche’s requirements for the design, such as oil-tank location and engine-bay ventilation. Carlo Abarth engaged respected designer Franco Scaglione to prepare some proposed designs for the body. 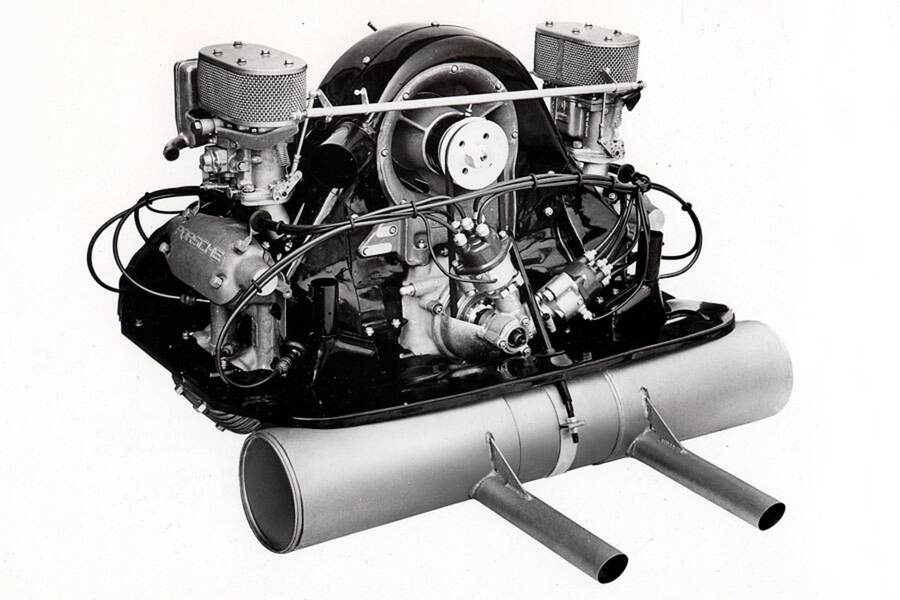 Scaglione was a well-known stylist-engineer of sports-car bodies who had shown a special knack for aerodynamics. Reimspiess saw his first efforts during his visit. Reported the Porsche engineer, “He will have the bodies made at ZAGATO, where of course he will closely observe the execution of the work.” Abarth also raised the idea that after this series was built for Porsche he might carry on the building and selling of such cars on his own account.

Franco Scaglione and Abarth were successful in achieving one of their main goals: a sharp reduction in the Porsche Carrera’s frontal area. They slashed 5.2 inches from its height, reducing it to 47.2 inches, and cut the width down by 4.7 inches to 61.0. This had the effect of reducing the frontal area by about 15 percent. Scaglione’s shape was also successful in the drag department, having a Cd of 0.365 with the engine-cooling flap closed and 0.376 with it open, usefully below the standard 356B body with its coefficient of 0.398.

The Carrera’s Italian cure achieved a reasonable if not striking weight loss. Its body was made entirely of aluminum. Its structure was beefed up in order to increase the overall strength of the chassis, yet the first car weighed only about 1,760 pounds This made it some 100 pounds lighter than the Reutter GT and a safe 50 pounds heavier than the homologated minimum allowed for its class.

But who was actually making the bodies? This was a turbulent period for Abarth, who in fact was just then severing his relationships with Milan’s Zagato and sourcing his bodies from small and less-experienced Turin-based companies. Instead of Zagato, as planned, he changed to such a company to make the Porsche prototype. Thus, instead of October 1959, as promised, the first Carrera GTL—as the new car was named—arrived in Zuffenhausen at the end of February 1960. 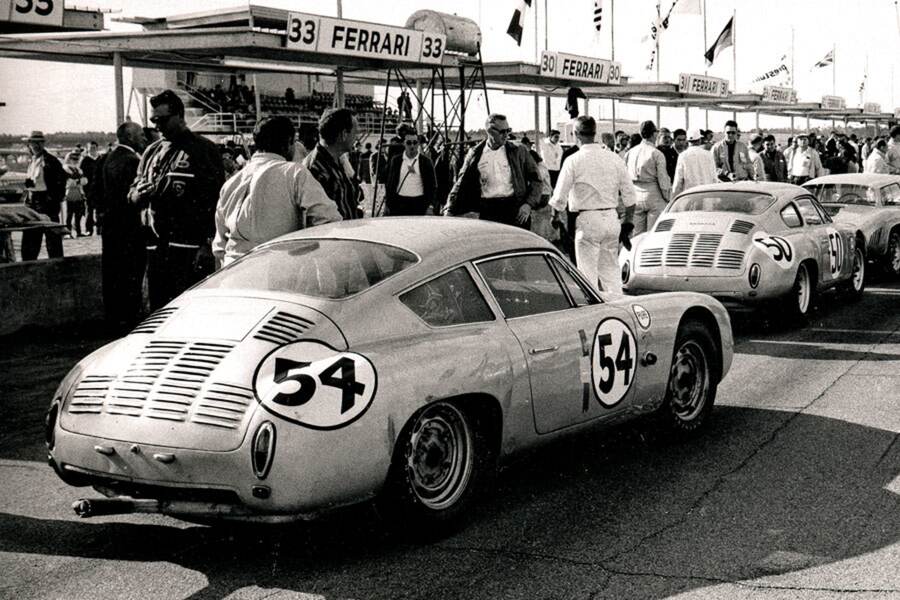 Historian Peter Vack attributes the first body, and perhaps more than one, to coachbuilder Viarenzo & Filliponi. Abarth wasn’t eager to disclose that he had changed body sources. When the car was first revealed at Abarth’s factory in Italy, Ted Eves was told that Zagato was its coachbuilder. However, Zagato confirmed to researcher Donald Peter Cain that it had not, after all, been involved in the Carrera GTL project. Abarth may not have wanted Porsche to know that he was using a different—and doubtless cheaper—source for his bodies. Such a revelation could have led to a downward readjustment of the price he was being paid for the work.

Late winter rain found the first car leaking profusely on delivery. There was next to no headroom, even for the shorter Porsche men. This was remedied by relocating the seat tracks, changing the seat cushioning and the seat back angle to add several inches of headroom. Porsche also found that the front-wheel openings had been trimmed so tightly that steering lock was limited, especially when a wheel moved upward on jounce. In spite of the instructions given by Reimspiess, the mounting of the oil tank was unsatisfactory and its cooling was inadequate.

With problems like these resolved, the run of production cars was bodied for Abarth by the Turin workshop of Rocco Motto. Motto’s flexible facility was staffed by “45 men and three power hammers,” as he put it, proudly including the hammers among the staff. Motto was well prepared for the visit by Carlo Abarth who, he said, “was a rough diamond and was always shouting. I told him ‘no.’ He made me change my opinion; now he seemed like a well-mannered friend. Such times!”

Motto’s work made a positive impression on the engineers from Zuffenhausen. “The German engineers were full of enthusiasm and suggested that I should go to Germany,” said the coachbuilder. “They were prepared to create a section just for me. If they had proposed that I would be able to lord it over them there, I would have gone. But just to work, Turin was better.” 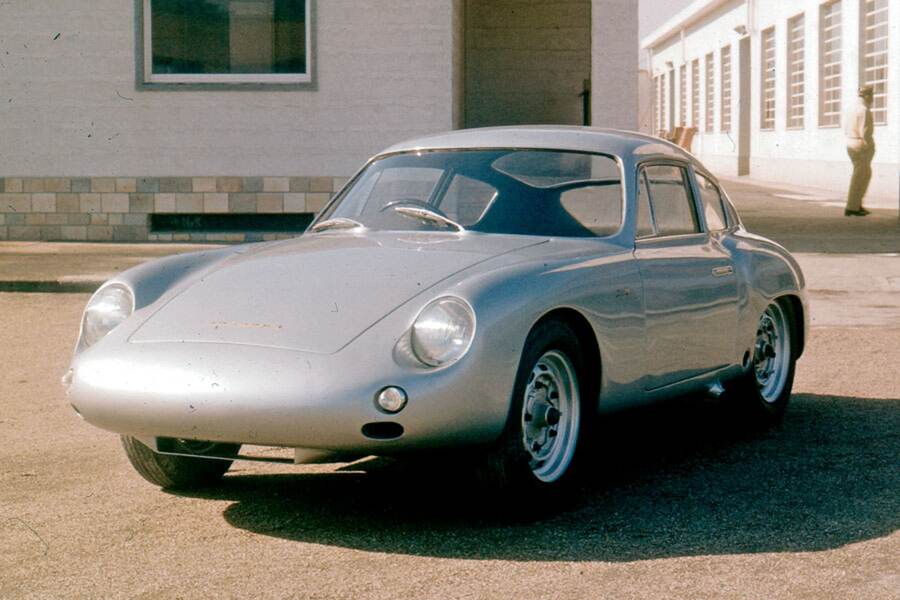 During 1960, starting with Strähle, private owners took delivery of their GTLs. The final serial number was 1021, bringing the population of Abarth-Porsches to 21. Cars 1013 and 1018 were kept by the factory for works entries. Both they and the privately entered GTLs racked up outstanding racing records well into 1963.

In September of 1962, at Monza for the Italian Grand Prix, Huschke von Hanstein huddled with none other than Carlo Abarth to discuss a brainwave. Huschke said that he was thinking of taking the bodies off his 1.6-liter Carreras and putting them on the new Carrera 2 chassis. “To be sure, he did not find this solution very elegant,” Huschke reported Abarth’s reaction.

Abarth told the Porsche racing chief that he’d be glad to build new bodies to the same pattern for Porsche. He would require, however, an order for at least 25 bodies to make the project economical, even if he didn’t expect to make much money, he told Huschke: “By mentioning his name the Porsche-Carrera-Abarths have brought him so much world-wide publicity that he has no need whatsoever to make a profit” on the new Porsche job.

This contact was followed up in October by Porsche with the view of having the 25 bodies completed by June 25, 1963, the latest date at which they felt they could be assured of selling the cars. By the end of 1962, however, the idea was dropped. Instead, craftsmen back home at Porsche were assigned the job of making a new light body for the Carrera 2. Its shape would be the responsibility of Ferdinand “Butzi” Porsche, opening a new era in styling at Zuffenhausen. 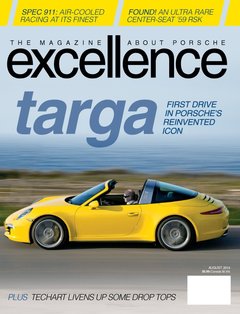