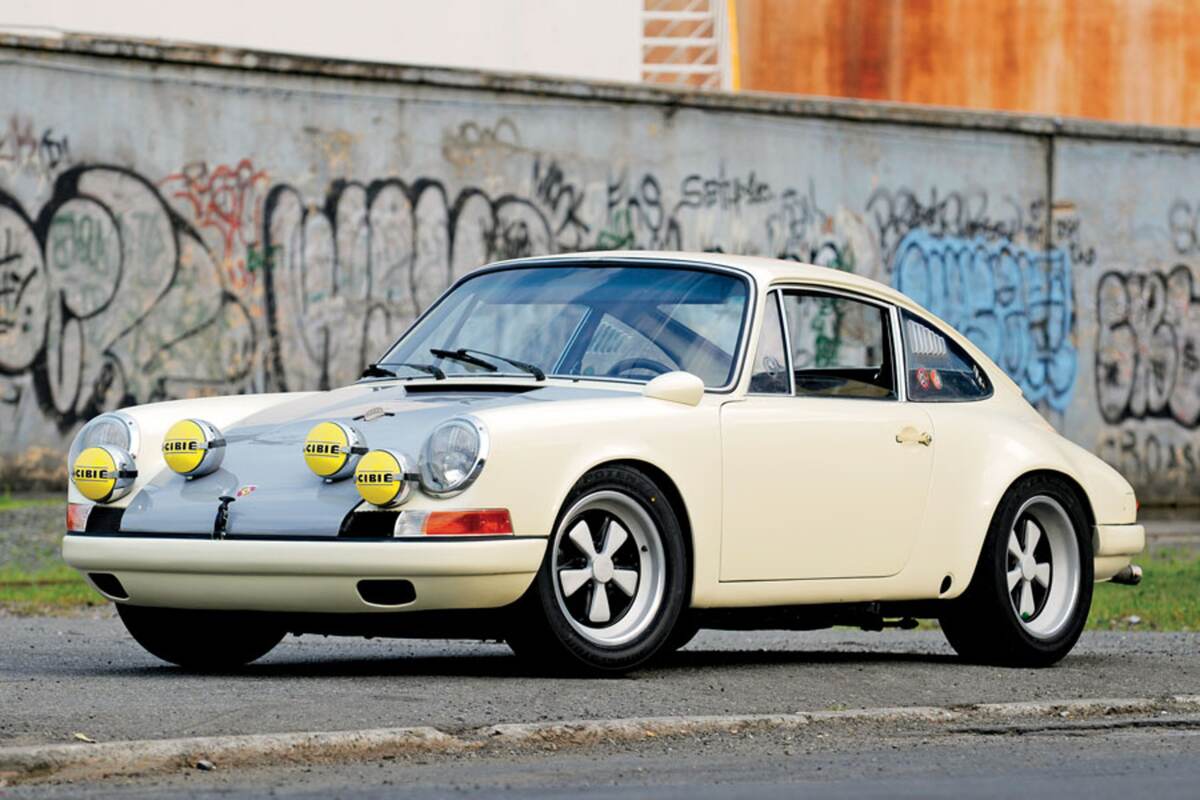 The note escaping the unique three-tip exhaust is gruff, thick, and deep. As I ease from a stop and stand on the gas, the powerplant gasps for air, and its low-end grunt catches me by surprise. A couple Webers sit atop the flat six, but the motor’s mechanicals are unchanged. After the initial shove in the lower back, power delivery is smooth through the rev range, though, I have no intention of approaching the “10” on the tach. I move to grab second, but a Wevo short-shift kit is notchy and takes hometown knowledge to manage deftly; third and fourth come more easily. I downshift and turn into a tight left-hander. The front end dances lightly for a moment before settling. It feels featherweight up there, but the grip seems trustworthy. The rear, by comparison, is epoxied to the pavement. Another squeeze of the throttle, and the tri-tip howls.

Strolling around Mark Morrissey’s 911 reveals many late ’60s and early ’70s influences. But nothing about the car’s aesthetics indicates its true provenance.

“You’d never guess 1978 SC. You’d probably guess just about anything else,” opines Rich Goncalves, co-owner of ROCS Auto, the company that backdated Morrissey’s 911. “Most people who look at the car think it’s a legitimate longnose car, a car with some (deeper) history.” He’s right; it looks like something that could have come straight from the Rallye Monte Carlo, circa 1970, a gritty track patina built right into its finish. 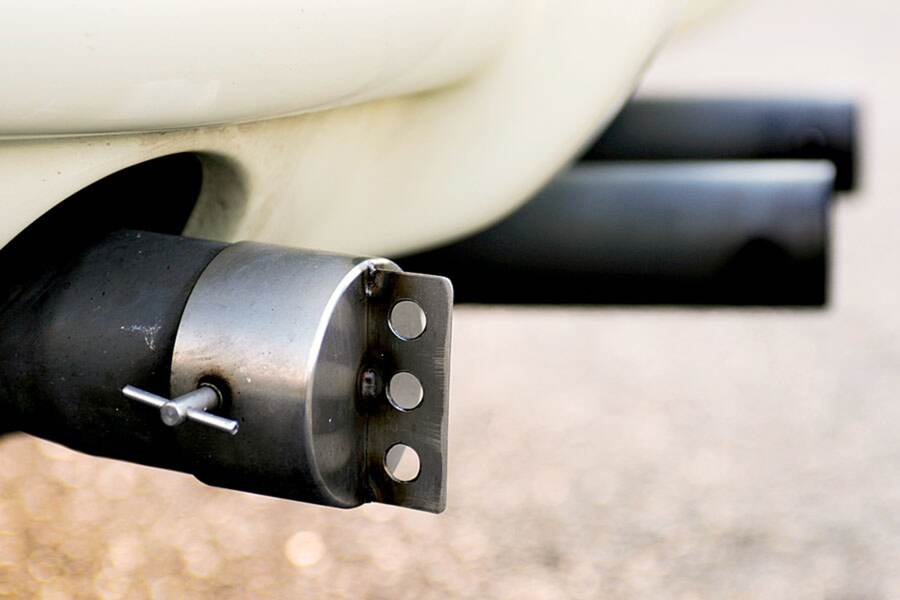 When Morrissey started itching for a 911 in 2003 or 2004, he wanted something older than the 3.0 generation. “I joined the Early 911 S Registry, and started talking to a couple people who had early cars for sale,” he explains, starting his tale. “I didn’t have a lot of cash on hand at the time, and I had my eyes on a ’67 S, but it needed quite a bit of work. I decided that wasn’t going to be a good idea,” he continues, noting that prices for good S examples were already elevating beyond a mortal’s reach. ROCS—which had done work on some Morrissey cars in the past—had a ’78 available, and Goncalves suggested the car. “It was not anything spectacular; a good driver with some fresh paint,” Morrissey continues. “The engine had been rebuilt really well. It had great leakdown numbers, and that was the selling point; it just ran great.”

Morrissey admits that while his initial intentions didn’t include backdating his newly purchased Porsche, the allure of sport-purposed, longnose-era cars took control during the months that followed, “I became enamored with the cars I’d been seeing on the Early S Registry and the R Gruppe Forum. I would go to the websites, read, look at photos…I really started to fall in love with the hot-rods there.”

A year later, the ’78 sported an IROC front bumper and RS rear bumper, but the blunt-nose look wasn’t to Morrissey’s liking, “It evolved a bit,” he says of his plan to modify the SC. “When I saw the IROC bumper, it just didn’t do it for me. It was crazy; I bought it, I had it put on, and almost immediately I knew I was going to sell it.” He laughs at his initial missteps, but such impetuousness is the curse of many a 911 project. 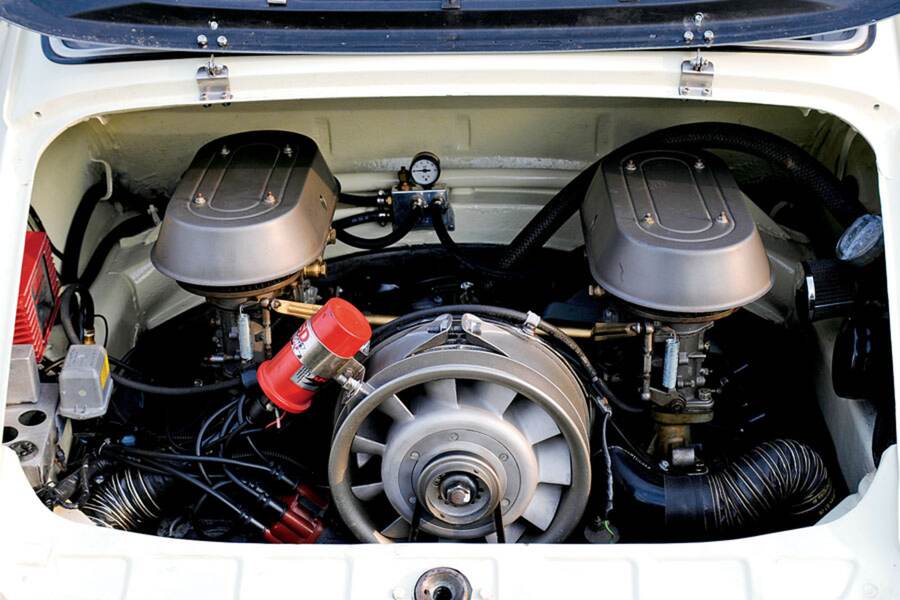 One thing was for sure, though: As was the case with Porsche’s sporting efforts in the late ’60s and early ’70s, lightness would rule. Among the factory hot-rods, it was the R that intrigued Morrissey most: “I started to think about how cool the concept was, to take a car and make it as light as possible rather than adding a bunch of horsepower,” he says of Porsche’s early 911 racer. That car was a meticulous exercise in weight savings, a car that tipped the scales at barely 1,800 lb after a significant amount of sheetmetal was substituted by fiberglass, and after seemingly insignificant details—such as side mirrors and taillight lenses—were minimized.

From a purely pragmatic standpoint, significant mechanical work was not a consideration. “The whole point was to eliminate key aspects that would cost enormous amounts of money, like rebuilding an engine to RS spec,” Goncalves points out. “Mark didn’t have the budget for that, so we kept the stock engine, and we carbureted it—Webers, jetted to work with the stock SC cams.”

Echoing those budget-related comments, Morrissey chuckles, adding, “I did not have a lot of cash on hand, but I had an Austin-Healey Bugeye Sprite in the (ROCS) shop at that time, and I used that car as payment for the work on the Porsche. I ended up signing the registration over to them.” 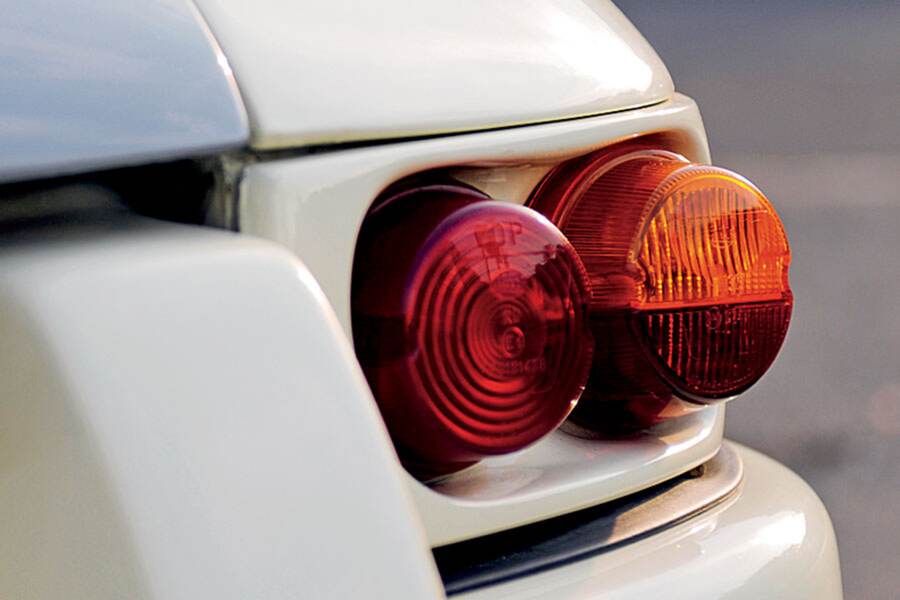 ROCS stripped the car down completely, locating and fixing a small spot of rust in the rear seat pan. Unnecessary weight was identified and discarded; gone was the air conditioning and the sunroof along with its hefty mechanicals, a plug welded in its place. “The sound deadening material was in a pile on the shop floor, and I couldn’t believe how much it weighed,” mentions Morrissey.

As pieces started coming back together, one early feature became an unlikely cornerstone of the project. “ROCS installed a center-fill fuel system—through the hood—and that made such a nice visual statement. I almost think that became the foundation for what the car became,” Morrissey explains, pointing to the Blau 110mm cap sitting in the hood’s center.

Goncalves expands on the engineering involved in this particular application, “We took the factory neck with the vapor system for the (overfill) trigger mechanism, and we incorporated that into the fill. We made a neck and adapted it to the factory trigger mechanism.” Opening the Blau cap on the hood reveals the factory cap underneath. 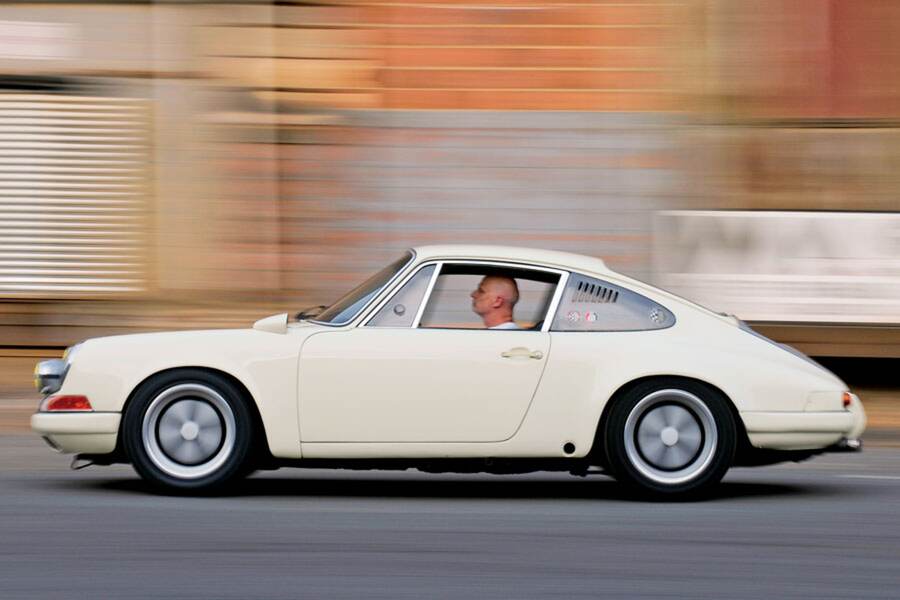 Morrissey continues, “Little by little, I started to get 911 R parts—Plexi vented rear quarter windows, Plexi vent windows with the bubble, a pair of door handles, the (Getty) taillight assembly….” Other R-style parts included a Getty rear bumper, Getty rear deck lid along with stainless steel, lightweight decklid hinges, and a GT Racing front bumper which was custom fitted by ROCS, featuring a single rubber tiedown. Additional weight was saved by going with fiberglass on several body panels at the front of the car—a balsa-reinforced hood, and longnose front fenders. For these, ROCS again turned to Getty. To simplify to the period look and to save weight, rocker panel trim was left off.

Goncalves points out that anodized window frames replaced the SC’s black frames, and he comments on furthering the vintage feel: “Mark didn’t want something that looked like it just rolled out of a restoration. He wanted something with some patina built into it. We burnished the window frames, sand-blasted them to give them some age.” Assisting on this front was the interesting decision to go gray on the longnose hood and rear deck lid as a contrast color to the white featured on the rest of the car’s body.

“At one point in the process, Rich suggested a long-wheelbase 911 R clone,” Morrissey mentions, noting the prevalence of R-inspired bits, “But, I really felt strongly that I didn’t want to do a clone. I wanted influences of the different cars I’d come to respect, to make it my car, my statement.” 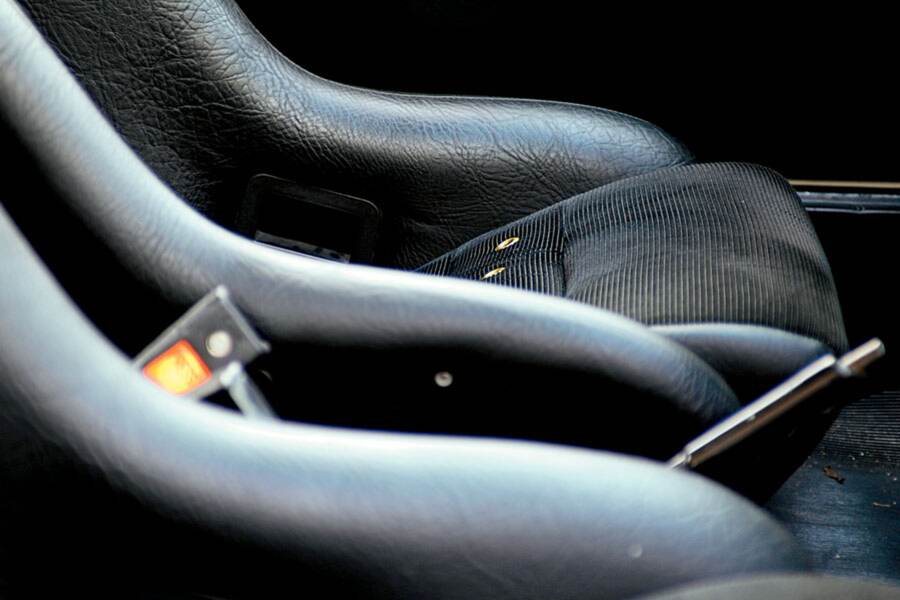 The SC’s rear fender flares remained, though ROCS gave them a subtly rounder look. “We hammered off the crease in the SC flare, we rolled it, we body-filed, and we filled with lead to get the current curvature,” Goncalves says. Providing further aesthetic distance from the R, four Cibie Pallas lamps were mounted, rally style, along the front of the 911. For the headlights, short-wheelbase assemblies were sourced, and filling those out are something you could find on a 911 R—vintage Cibie Biode lamps. Furthering this theme, the two-in, three-out rally reproduction muffler added raciness. Notes Morrissey, “It has caps. The idea was that, if you’re doing a stage in a residential area, you could cap the two center pipes and leave one open.”

The Weber 40 IDA 3C carbs were placed atop a 3.0 that was rebuilt prior to acquisition by ROCS. Goncalves and his team port-matched the manifolds, completely resealed and detailed the powerplant, and installed Wevo engine mounts. Per Morrissey’s request, the fan was left in its raw state rather than ceramic coated. A Sachs aluminum sport clutch replaced the original. Morrissey opted for an MSD ignition box and coil, noting, “I’m not completely sold on having everything look period. I’ve never really been afraid to throw a more modern piece in, here and there.”

Turning to the transmission, Morrissey continues, “It’s the stock 915 box, but I really wanted to beef it up a little bit, so we sent it off to Wevo,” he says, referring to that company’s maincase reinforcement insert modification. Wevo supplied new transmission mounts as well. ROCS then rebuilt the gearbox in-house and substituted a 7:31 ring and pinion (as seen in early 915 gearboxes) for the stock 8:31, thus shortening the gearing without the significantly greater expense of replacing each gear set. ROCS also installed and adjusted a Quaife torque-biasing differential to suit Morrissey’s sporty desires. 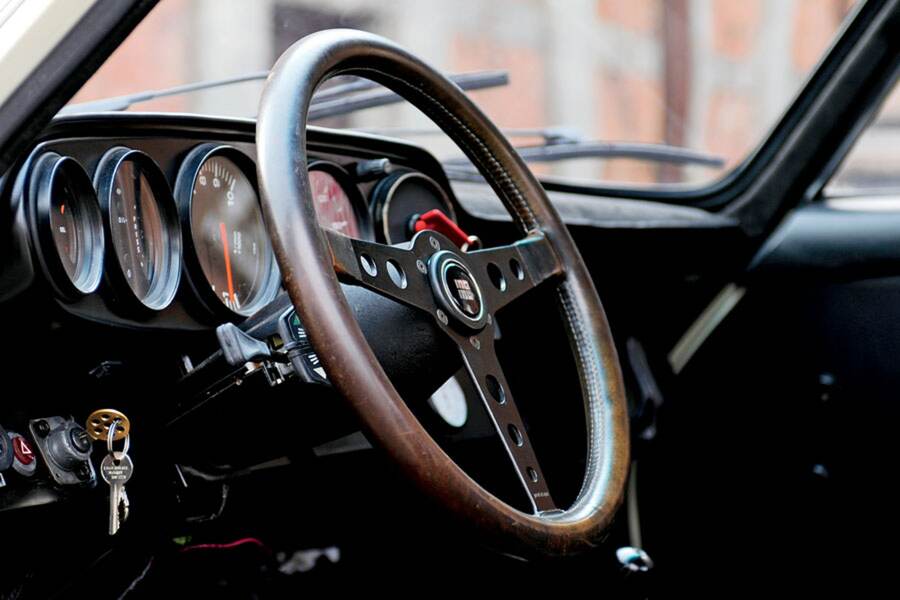 A recent addition to the existing Bilstein Sport shocks and Turbo tie rods is a new Tarret suspension, including polybronze bushing sets, front and rear RSR-style swaybars and drop links, adjustable spring plates from Elephant Racing, and front monoball camber plates. ROCS re-indexed the stock torsion bars and lowered the car to complete this work. “The car doesn’t really need much else. Its dynamics are good, the car is really light, and it handles great,” notes Goncalves.

Budget considerations also came into play when attention shifted to the 911’s interior. “I had the opportunity to purchase an original 10,000-rpm tachometer, but it was $900. I was able to save money by having the gauges done at North Hollywood Speedometer and Clock,” mentions Morrissey, also pointing out the 180-mph speedometer.

Original Recaros were likewise not in the budget, so Morrissey called Stefan Schleissing at GTS Classics for a pair of ST reproduction seats. Says Goncalves, “The seats are mounted lower. When we tried the stock (mount points), they sat too tall. Mark’s head was on the roof, and his knees were on the steering wheel. We removed the factory mounting points and made new ones.” 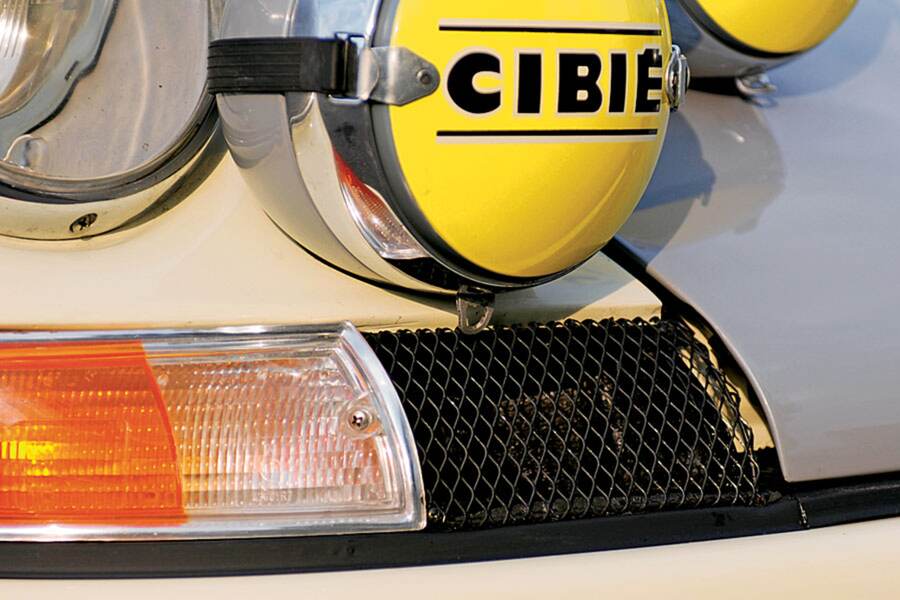 ROCS stripped the dash and wrapped it with black microsuede, shielding off the vents and deleting the glovebox door. Black Perlon felt from Appbiz replaced the stock carpeting, and a simple white perforated headliner was installed. A nearly cabin-wide, multi-panel rearview mirror took the place of the stock mirror, greatly enhancing rear visibility. RSR door panels also came from Appbiz, and Goncalves replaced the power window mechanism in both doors with manual cranks. Plastic 911 R door handles were sourced and reinforced on the backside to avoid inevitable breaking. The stock clock location was modified to house a battery cutoff switch.

Finally, ROCS backdated the steering column to accommodate an early solid Momo hub. In the car now is a rare, 1968-vintage 370mm Momo Prototipo steering wheel. Earlier in the build, a Formula 1 Enterprises Real Wheel made by Momo came from Goncalves’ own car and helped provide impetus for Morrissey’s fascination with early Momo wheels (Excellence #206).

The final product tips the scales at 2,180 lb with a quarter tank of fuel. Given the preponderance of weight removed from the front of the car, weight distribution remains a surprising 37/63, front/rear. While that’s more rearward-biased than a stock SC’s roughly 40/60 numbers, it remains marginally “forward” of a 964’s or 993’s weight distribution. One thing’s for sure: On a back road, with some space to run, this 911 will be precisely the spirited handful it looks to be….precisely the spirited handful it should be. 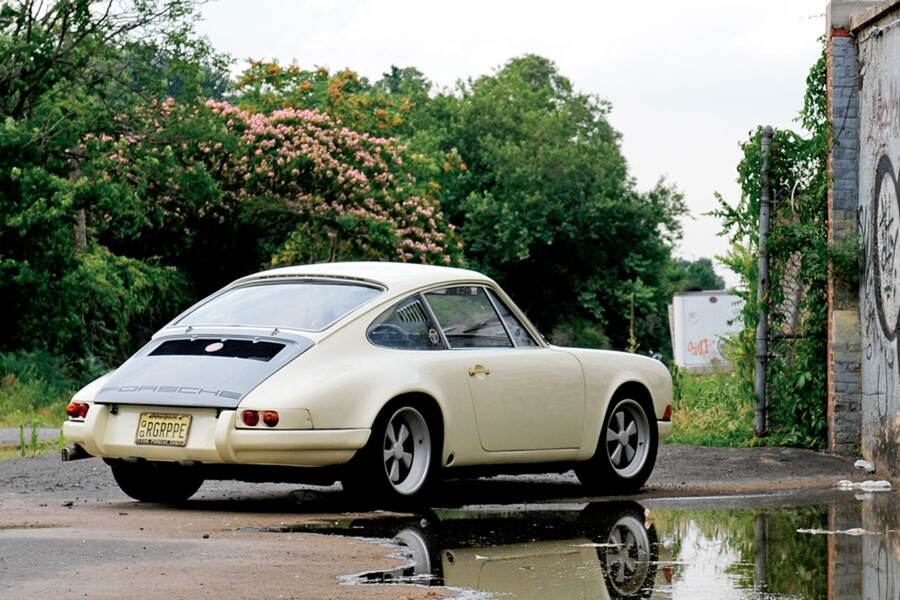 “It wasn’t a fully-conceived concept right from the beginning. It was really a process; ideas came and went and changed during the years I’ve had it,” admits Morrissey of the project. And since he’s not limited by clone adherence, there remains plenty of room for future development as his concept continues to evolve. 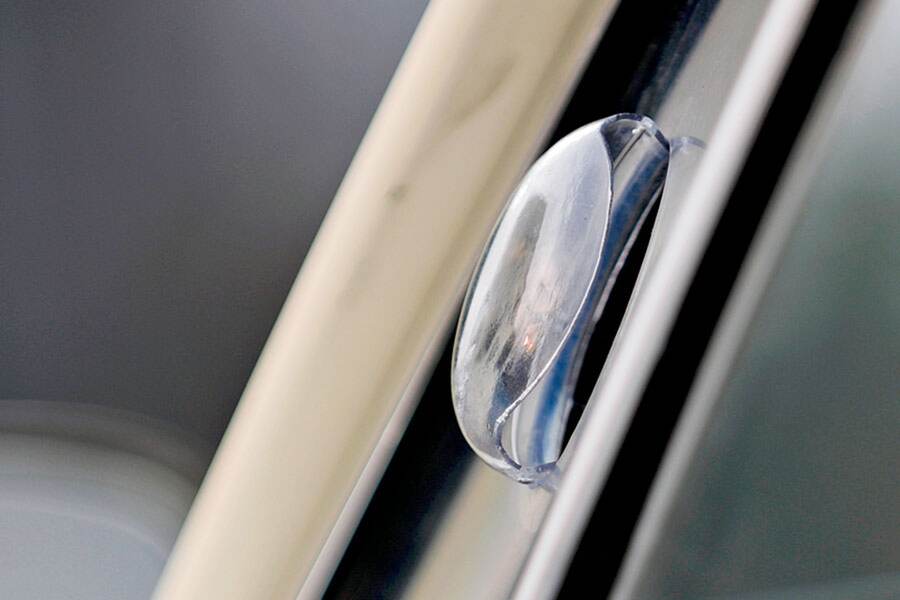 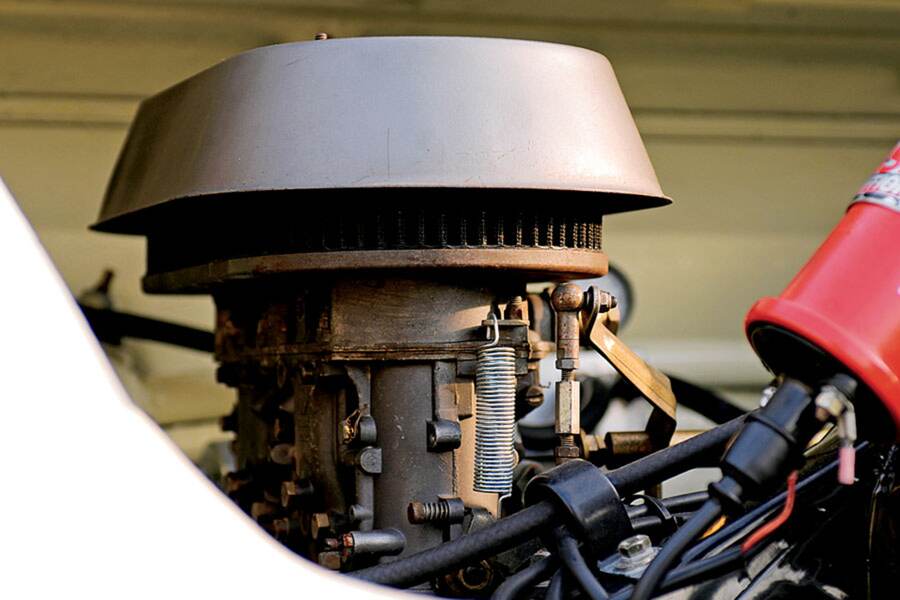 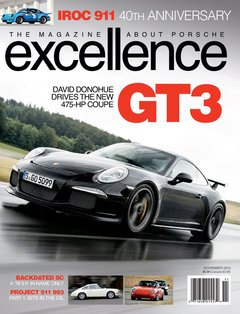