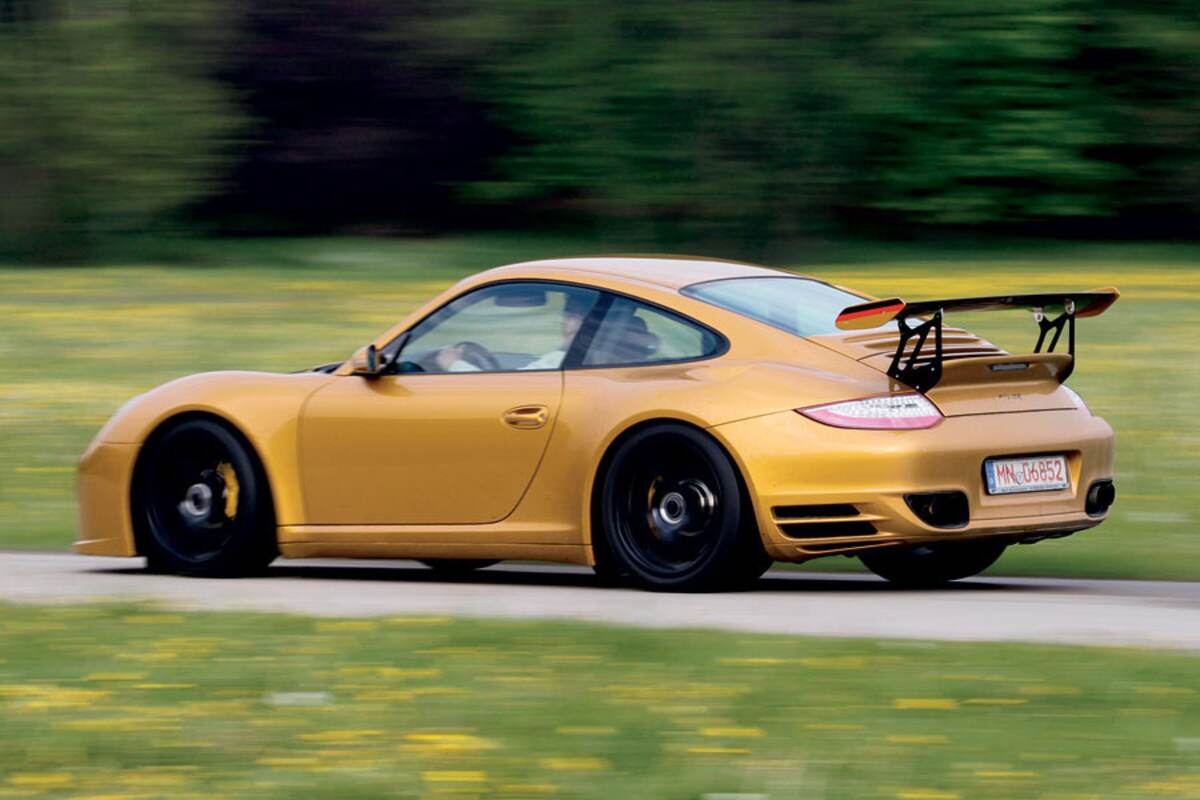 Yeah, it’s Gold with a capital G. Built for Ruf’s Chi­nese distributor, this Rt12R isn’t the first Ruf 911 in an unexpectedly searing hue. It isn’t the first Rt12, either: It’s an evolution of the 650-hp Rt12S. The second R is for Racing, a nod to the single-mass flywheel, carbon-fiber decklid/wing, roll cage, conventional coil-over suspension, and Pilot Sport Cup tires. Oh, and there’s an extra 80 hp, for 730.

Time to put those extra horses to good use. As I squeeze the throttle in fourth gear, the 3.8’s twin turbos breathe into the intercoolers audibly and things get blurry. With today’s unpredictable mix of sun and rain, big speed wasn’t in the plan. But, on dry pavement with no cars ahead, I keep my foot in it — shifting up to fifth and, not long after, sixth. As a few cars appear in the distance, I glance down and can’t be­lieve the digital readout: 298 km/h (185 mph).

298? How did we get here so quickly? I decide to round it off — just as you might. Years ago, a 996 Turbo in the same situation kept decelerating from 280 km/h after I floored it again. The Rt12R, on the other hand, quickly begins to build speed again. We see 308 km/h (191 mph) before we’ve got to shut down. When we do, the 15-inch ceramic-composite brakes slow the car so well that I realize 200 mph might have been possible with a still-decent safety margin. 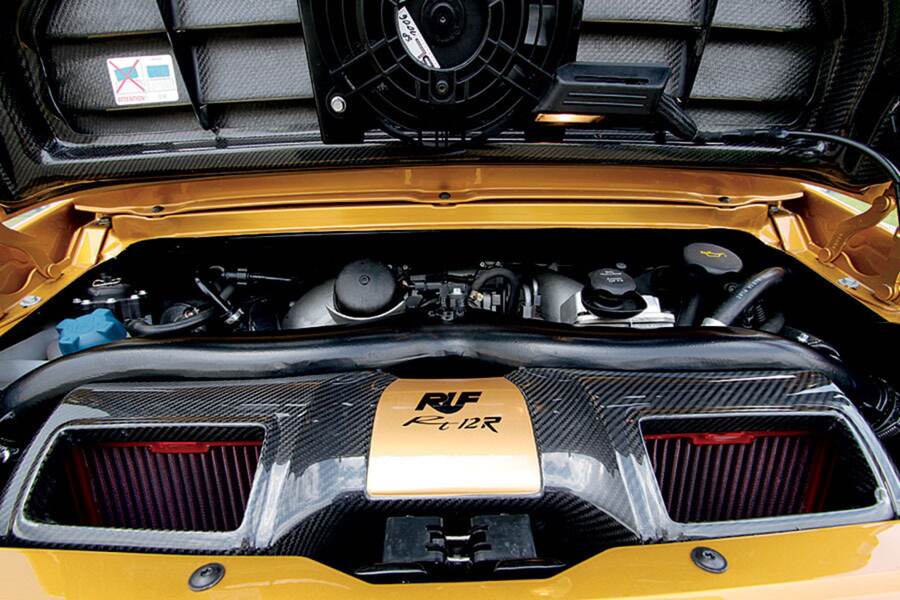 Ruf says the Rt12R is good for 0–200 km/h (0–124 mph) in 9.5 seconds. I can’t confirm that Vey­ron/Enzo-rivaling figure today, but I can say this: No 997 I have tested accelerates quite like this one. I’ve driven several with similar power ratings, as well as (a very temperamental) one claiming 1,200+ hp, but none offered the Ruf’s shocking, seamless speed.

The Rt12R may sound unruly at idle — that’s gear rattle, thanks to the light flywheel — but it represents turbocharging at its best. Like the 2.0T in VW’s GTI, the Rt12R’s 3.8 does an amazing job of hiding the fact that it’s turbo­charged. Unlike most turbo engines, it feels like it wants to rev. 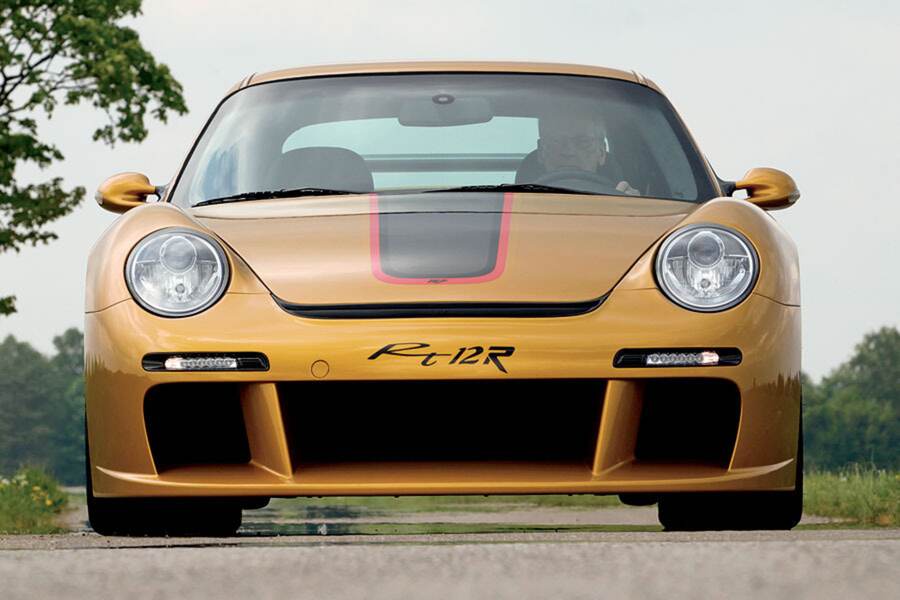 The Rt12R is a study in how to harness huge power. So good is it at turning torque into forward progress, one wonders what might have been had Por­sche offered a GT-series Turbo derivative without deleting the all-wheel drive. The Rt12R’s un­canny, ut­terly predictable way of putting its power down on rougher roads is familiar for good reason: Its mechanical all-wheel-drive system is from the 996 Turbo, chosen over electronic 997 systems for its predictability. Though Ruf offers the Rt12R with rear-wheel drive, we’d have a hard time passing the all-wheel drive up.

While the Rt12R isn’t quite as sharp as a GT3 RS in handling terms — there is a cost for the Ruf’s extra pounds, after all — it offers another layer of reassurance. Our time with the car comes right after a drive in Ruf’s mid-engined CTR3 supercar, and, down the same bumpy roads, the Rt12R inspires more confidence despite its shor­ter wheelbase. Part of that may be down to the Rt12R’s familiarity as a 911, but its superior dam­ping doesn’t hurt. The damping still falls short of brilliance, however — a situation Ruf says is fixed by fitting street tires in place of track-day tires. 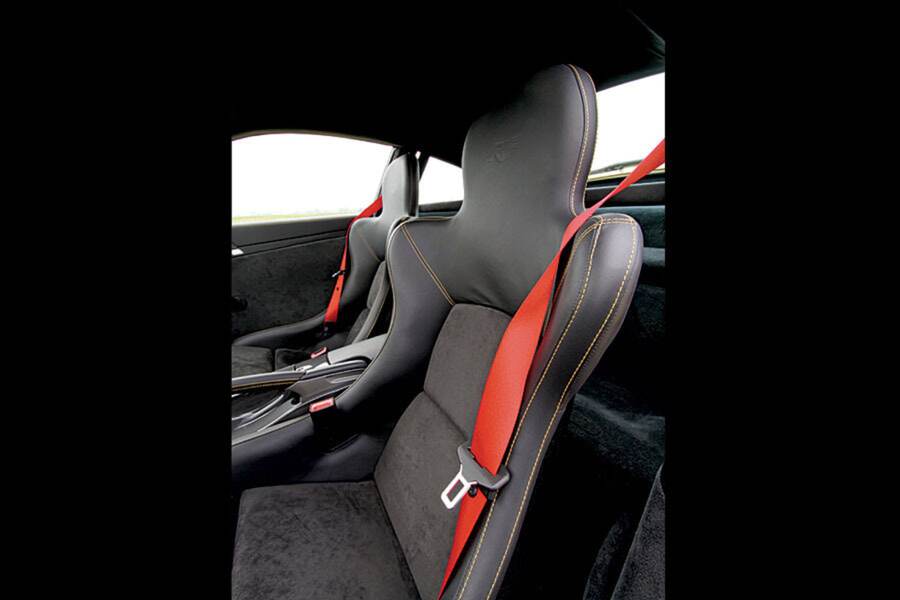 Perhaps most impressive, the Rt12R is more than a “numbers car.” It’s a complete car, with impressive refinement. The steering is feelsome and precise. The brakes are easily modulated. The clutch is light and progressive. The six-speed manual is so well-weighted and adjusted it nearly guides your hand across the gate from second to third.

Then there’s its quality. The body features perfect paint over beautifully wrought fen­der-top intercooler intakes, peaked front fenders, and a simple, aggressive front bum­per. Inside, a hidden roll cage, hand-stitched leather, and conveniences like A/C, a nose-lift system, sat-nav, and phone integration make it a car for more than track days and autobahn scare sessions.

Ruf has built four Rt12Rs so far, and says it will build just six more. Yeah, it’s a bit much in gold. But the color isn’t out of place considering the price tag — and cars as good to drive as this have a way of starting to look better and better just the way they are. And that’s proving true here. 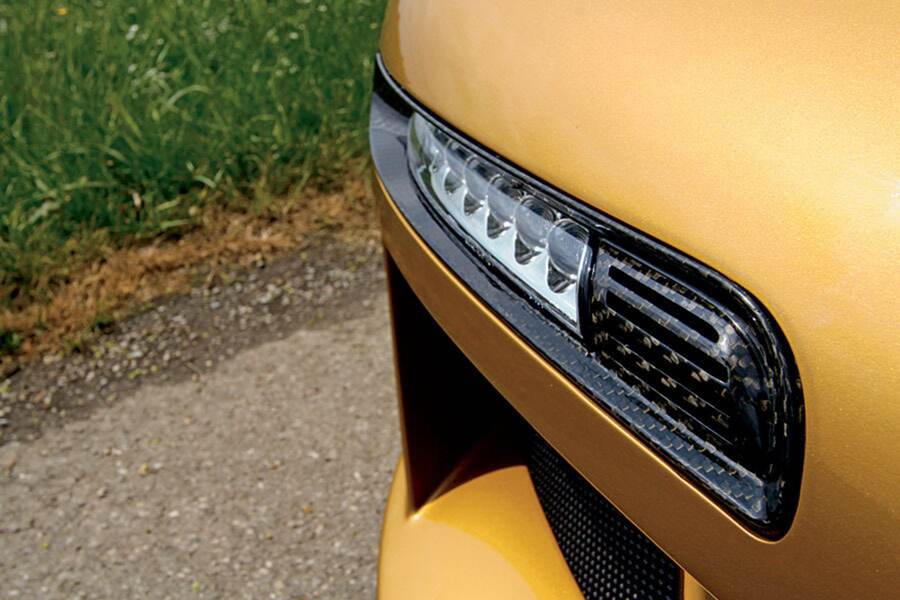 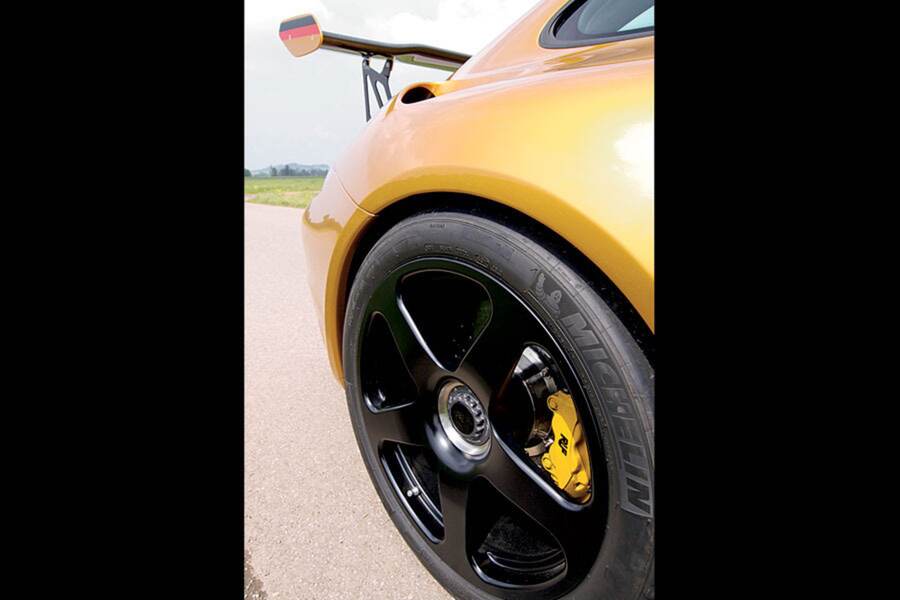 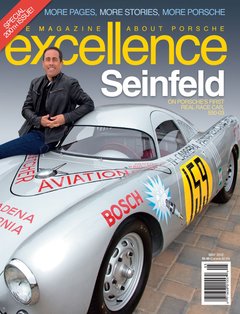