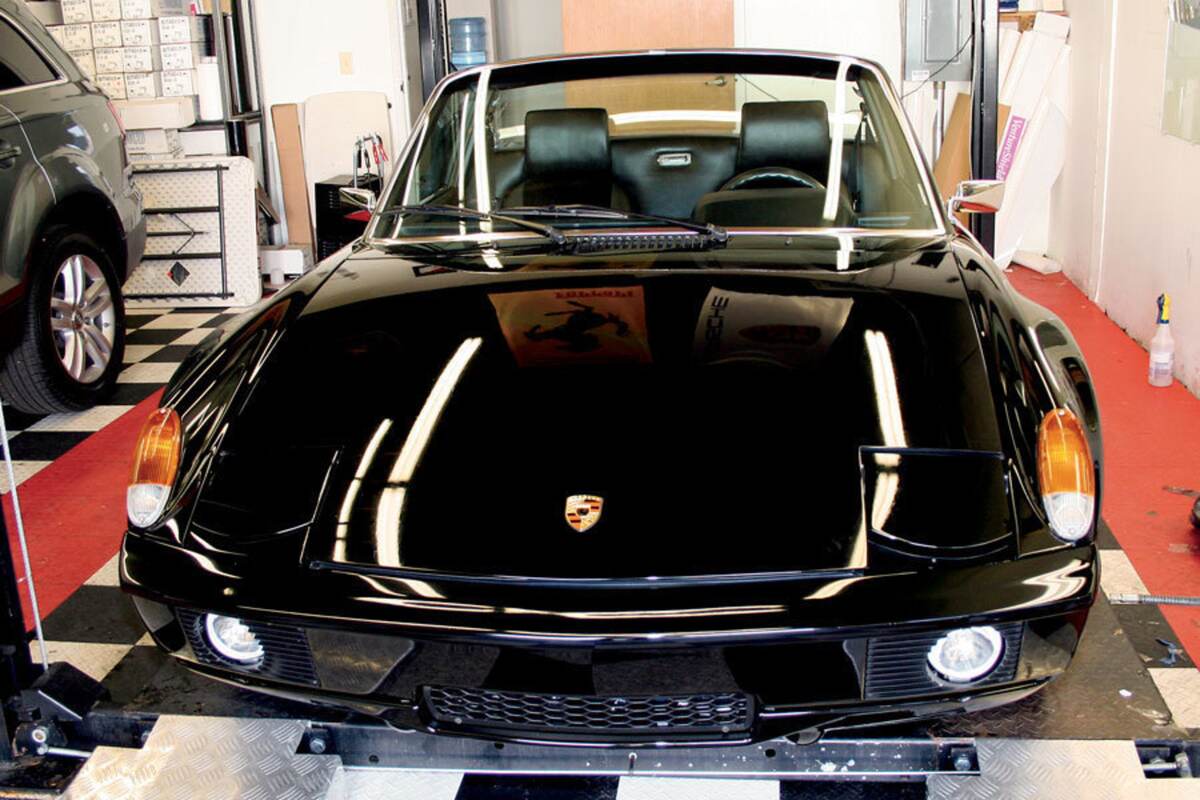 Confession: Project 914 3.6 is nearing completion, and has turned out far better than intended. This wasn’t supposed to be a concours-quality car, but that’s what it has become.

Of course, “too nice” is a great problem to have, but it does have one downside: It makes the thought of the first scratch or ding especially painful. Thus, I looked into options for paint protection. After a final paint buffing, I decided to have a “clear bra” vinyl coating installed on areas prone to rock chips, and had a local company come by and install 3M film on the hood. I had it removed immediately, however, because the film’s heavy “orange peel” surfaces didn’t appeal to me.

There had to be a better way, and there was: Another type of clear film, made by Venture Shield, is far smoother and a lot harder to spot. I would, however, have to travel a ways to get it installed — and before I made that two-hour drive, I would need to get an alignment so I wouldn’t kill my brand-new tires. 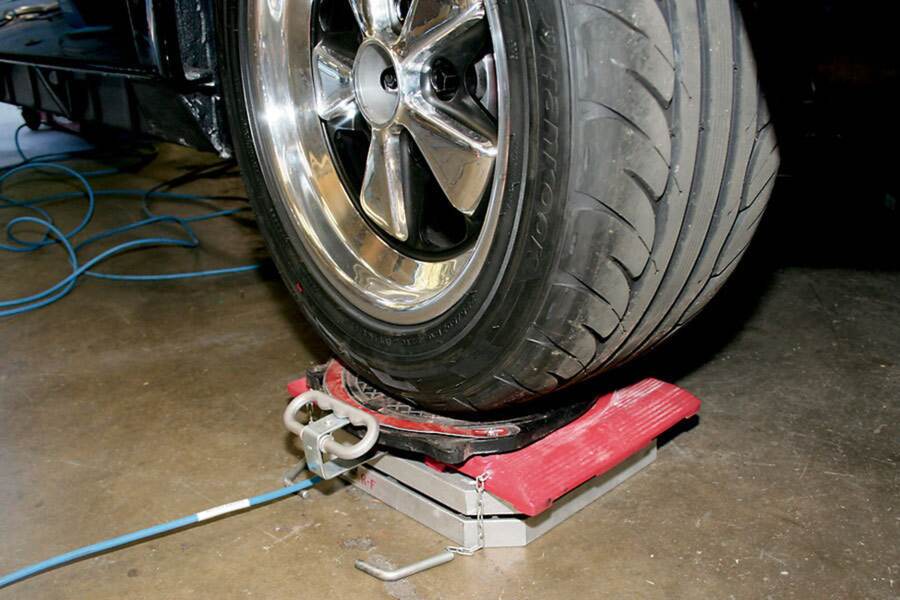 While I would leave the final alignment settings to a professional, I decided to tackle my first four-wheel alignment at home because I wanted to corner-balance the car, too. Corner-balancing addresses the weight at each of a car’s four wheels, taking into account not just weight bias from front to rear but also side-to-side weights and weight differences between the front-left/right-rear and front-right/ left-rear wheels.

When you corner-balance a car, you add or subtract weight from each wheel as necessary to better balance the car, a process that requires an expensive set of scales and a suspension system that allows fine-tuning of the ride height at each corner of the car. To get an idea of what corner-balancing addresses, picture a chair with one short leg — one that rocks uncomfortably when used. Well, a car with a tire that has less weight on it than it should will be uncomfortable when used, too; the tire may lock up easily under braking and the car won’t handle as well as it could.

Due to the equipment required, corner-balancing is outside the scope of most home builders. As it turns out, it’s outside the scope of most professional alignment shops, too. We called a few and, when asked if they could perform a corner balance, most asked, “What’s that?” While race-prep shops often have the right equipment to do a corner-balance, I found out a friend of mine did, too. When he offered to loan me his set of scales and help me, I decided to take him up on the offer. 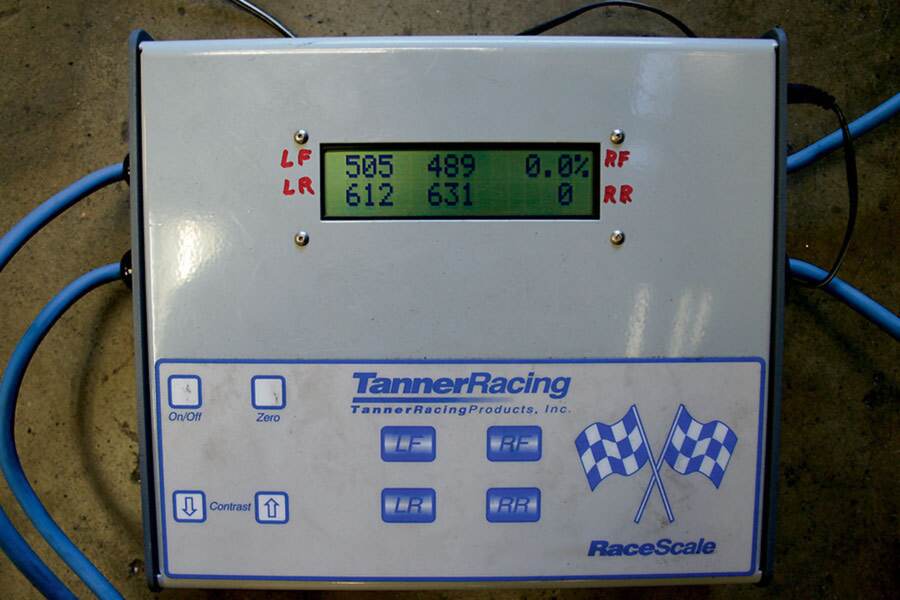 Each scale has a cord that attaches to a master display where the weight readings can be viewed. In addition, we placed special ball-bearing plates under the tires so the car’s suspension could move more freely as we made adjustments. To achieve the best results, corner-balancing and suspension alignment should be done together. Your alignment settings should be based on how you will drive the car. While you can usually squeeze more performance out of a more aggressive setting, it will come at the expense of tire wear. Even so, I chose an aggressive setting due to the 3.6-liter engine’s power and my intended usage: fast backroad drives.

We set ride height, toe (the difference in the distances between the front and back of tires on the same end of the car), camber (the angle of a wheel against perpendicular to ground; i.e. -1° means the tire leans into its fender at the top), and caster (the angle of the uppermost pivot point on the steering axis). Getting these adjustments right isn’t easy, as one adjustment can affect another. It’s harder when you’re trying to corner-balance, as these adjustments can also change the weight at a wheel that wasn’t being adjusted.

We started by setting the overall ride height a little lower than stock using a level on the door sill and a tape measure at the chassis. On our 914, the rear ride height can be adjusted by rotating a threaded collar on each of the aftermarket spring perches. Up front, as on all 914s with the factory torsion-bar suspension, ride height can be fine-tuned by turning an adjustment bolt at the end of each torsion bar. 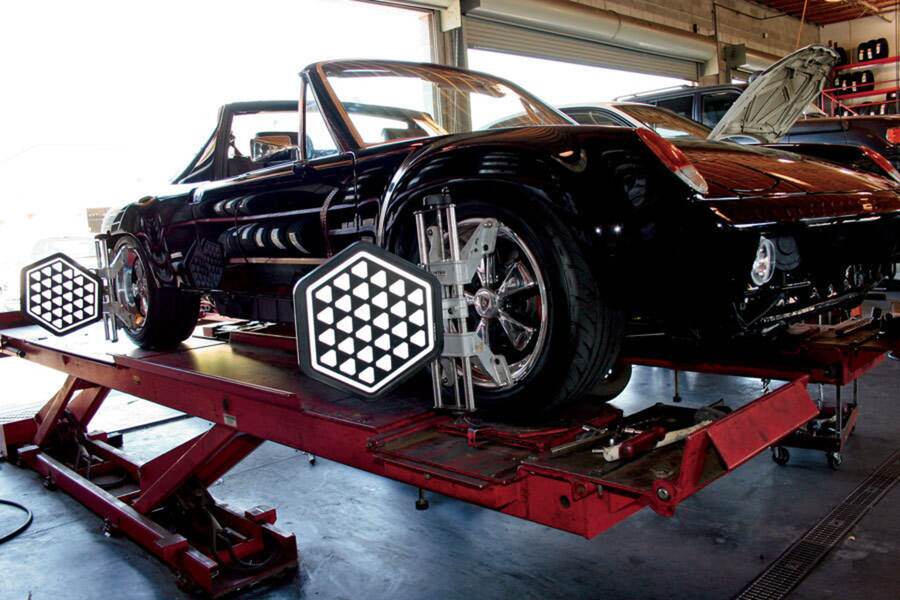 While it was easy to raise and lower the 914 as desired, it was difficult to get its weight balanced correctly. Each time we made an adjustment, we’d push down on the bumpers and release a few times, letting the car settle on its suspension for accurate corner-weight readings. (This is where the ball-bearing plates helped.)

It took almost a full day before we were satisfied with the numbers, and it was still a crude job by professional standards! The payoff: 1) Our desired ride height, 2) corner-balance numbers that were where we wanted them to be, and 3) an alignment that was close — or at least close enough to leave fine-tuning to an alignment shop.

Graciously, the shop we went to allowed us to work directly with its alignment specialist. If you bring a 914 to the alignment shop, know that its rear camber setting is adjusted by inserting special shims of different thicknesses between the trailing arm and chassis; most shops won’t have them, so it’s a good idea to bring your own. 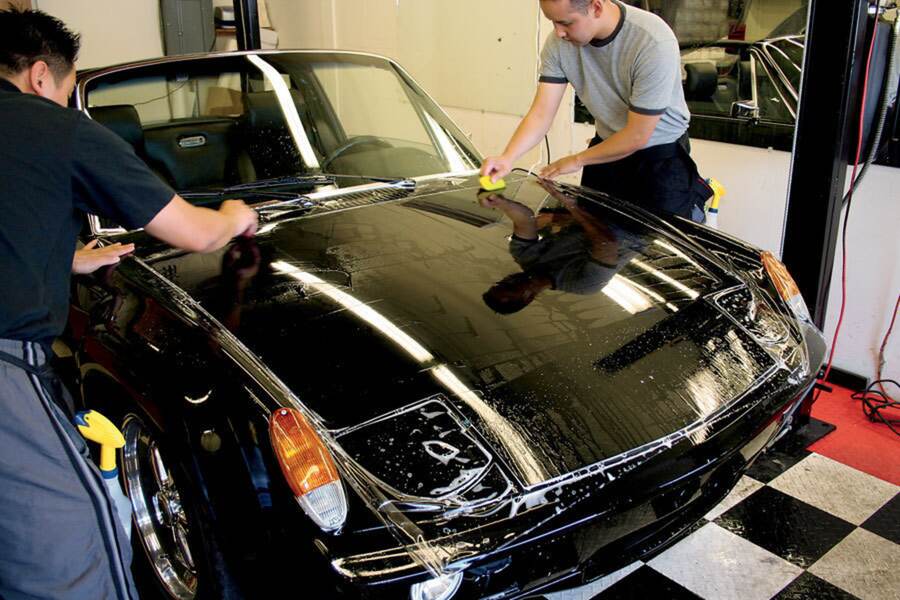 We placed two sacks of concrete on the driver’s seat to simulate my weight and disconnected the front anti-roll bar, as it can inhibit the suspension’s natural travel, a no-no during alignments. Once the car was aligned and balanced perfectly, we adjusted the drop links for the anti-roll bar so that the bolts could be inserted without using force; this avoids preloading the bar.

With the suspension properly aligned, we went on a short test run. The car understeered, but some adjustments to the anti-roll bar neutralized the car nicely and it could soon be pushed into corners at scary speeds. It didn’t take long to see that the fruit of all our labor is…a fun car!

Acceleration is strong, and the car handles like it receives nerve impulses rather than steering inputs! Several hours of driving revealed no oil leaks or problems and our 964 RS brakes never faded while halting this 2,237-pound 914. If anything, the system worked better as brake temperatures rose — so brake pads that warm up more quickly may be needed. Despite this first “joy ride,” I wasn’t ready to press Project 914 3.6 into regular service just yet. It was time for a better clear bra. 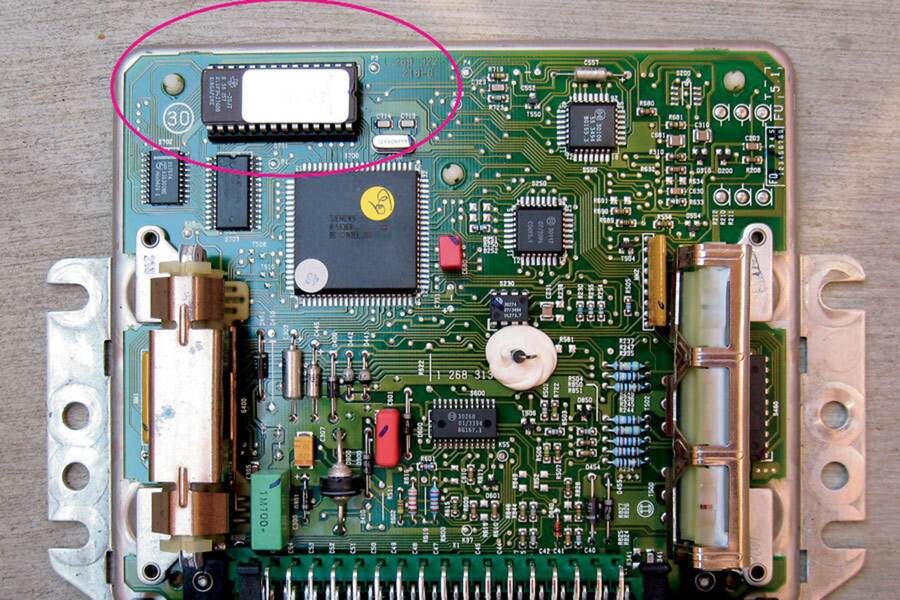 When I arrived at Premier Protective Films in Fremont, California, Project 914 3.6 looked out of place amongst all of the Porsches, Ferraris, and other expensive new cars being covered in the film. Premier’s installers warmed to the old 914 anyway, saying they had never seen a better black paint job — quite a compliment given the level of machinery they see. Then they got to the bad news, warning me that any kind of film is going to be visible.

While some owners elect to have Premier cover their whole cars (doing a whole rear quarter-panel in one piece of clear film!), we elected to protect the hood, headlight covers, front bumper, and lower front valance as well as the rockers and some small areas around the fenders. The job took several hours and cost more than $1,200, but the installation and service were both flawless. The film was far smoother than the 3M product, though you can still pick up a bit of grain here and there if you look closely enough. While it’s disappointing to lose any shine, I feel the added protection is a fair tradeoff.

At this point, I had put some miles on the car and had decided to try a performance chip. Some feel that the factory Porsche programming is the way to go, but Porsche has to employ safety margins for poor fuel and adverse conditions, things aftermarket chip-making companies can take greater liberties with. While most people add performance chips because they are after more power, I was after something else: improved driveability.

I contacted 911Chips in Los Angeles because it offers chips with an anti-stall feature. Stock 993s use heavy flywheels that make stop-and-go driving easy due to their propensity to store rotating energy. Unfortunately, the conversion flywheel required to couple a 993 engine to our 915 transmission is fairly light. And this, combined with a tall first gear, made Project 914 3.6 a little touchy in stop-and-go traffic. Stalls were frequent.

Installing the chip only took about 30 minutes, and will probably take even less time in cars with ECUs that are more easily accessed. To install our chip, we disconnected the battery, removed the ECU’s cover, and swapped the factory chip for the new one. Note that not all models have a removable chip, and post-1995 OBD II engine computers can be difficult to modify. Also, be sure to check local laws before changing any chip in your car.

911Chips claims a 16- to 18-hp gain on premium fuel due to optimized air/fuel ratios and ignition timing, but the first thing I noticed was a significant torque boost between idle and 4000 rpm. The car immediately felt snappier at low revs and seemed to pull harder on the top end, too. As for downsides? The chip makes the 3.6 idle at a higher speed — but the anti-stall feature proved great in traffic.

Corner-balanced, filmed, and chipped, Project 914 3.6 is finally finished. I’ll add a few more miles before the next installment, which will close this series out with driving impressions and a full accounting of the costs involved. In the meantime, I’ll be doing what I meant to do all along: driving a very fast 914. 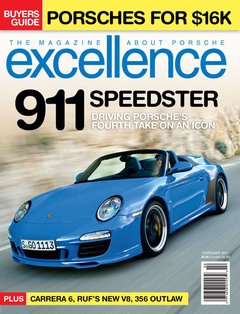