What happens when you introduce a knife-edge 997S to the 997 GT3, Porsche’s hard-core handling benchmark? 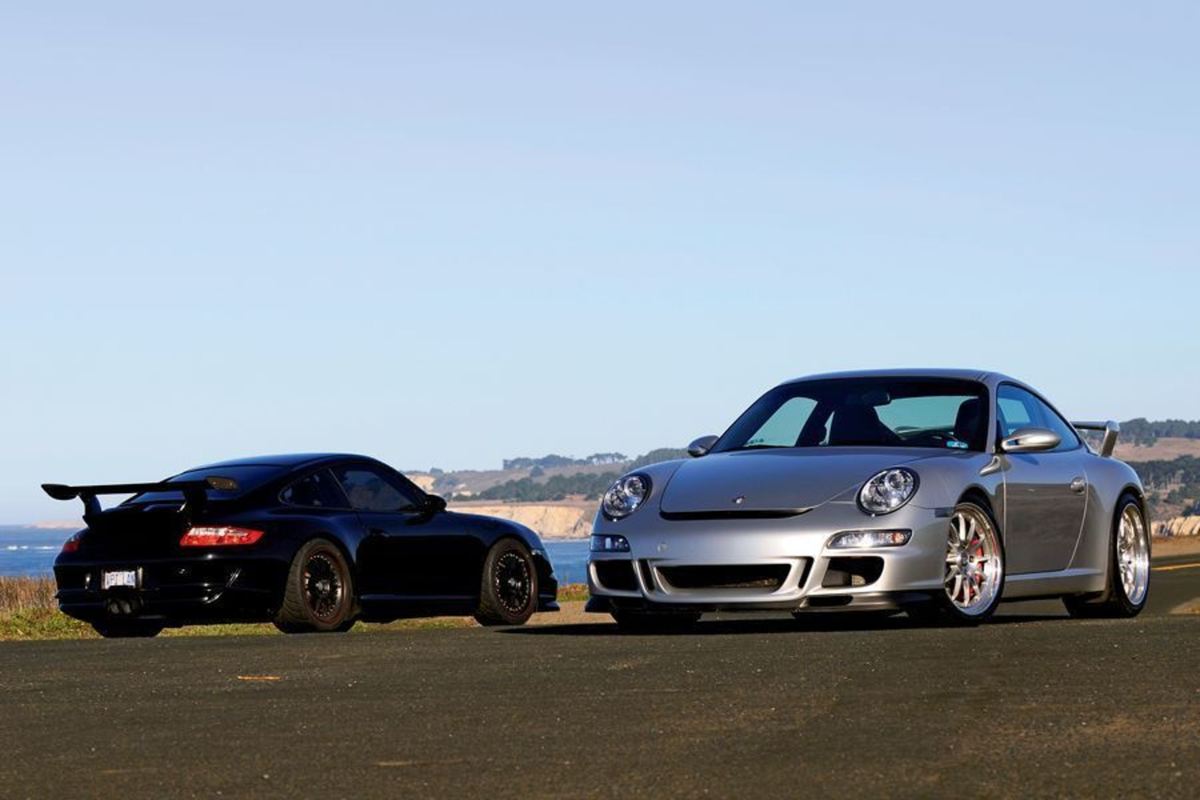 So Jared Cullop’s tuned 997S beat a tuned Cayman S and Turbo. But how will it measure up against the factory’s own hard-core 997, the GT3, on torturous California roads? The GT3 is the 997 Jared would have bought had it been available, and many will say it’s the car that he should have waited for.

Fortunately, we’ve got one handy, as reader Ralph Jackson drives his Arctic Sil­ver GT3 up here regularly and enthusiastically. (Over 27,000 miles, he’s averaged 3,100 miles per pair of rear tires!) His car has three mild tricks up its sleeve: a Shark­werks exhaust bypass, lightweight HRE 19-inch wheels, and a custom alignment.

We can’t say the bypass offers a noticeable power benefit, but, aurally, it takes the GT3 from Best Factory 911 Noise Ever to an otherworldly song. Mean­while, the revised alignment results in a similarly sharp but noticeably more planted chassis — reassuring grip is added at the rear without inducing too much understeer. Down coastal back roads, this car’s mix of speed, sensations, and driver involvement is deeply seductive.

What sticks out immediately after driving Jared’s 997S? With an 8400-rpm redline, the normally-aspirated GT3 3.6 gives you another 1100 rpm to play with between corners. It’s a ridiculously sweet engine, one that loves to rev but also offers plentiful torque across the tach. Combine the sonorous, free-revving flat six with a competent chassis and fantastic brakes and the result is, as Bob Chap­man puts it, “quiet, confident competence.”

The tuned 997S is quite a bit edgier than the GT3. First, there’s the soundtrack. While we won’t say the S sounds better than the GT3, it’s far louder; ironically, it also sounds more like a GT3 Cup. Then there’s the low-end torque. The blown 3.8 has a serious advantage here and catapults you out of turns harder, sooner. That allows more precise, more predictable adjustments on throttle. It’s more fun, too. With more accessible torque, you don’t have to shift as often, despite the lower redline. When you do change gears, the 997S’s short-shifter and clutch are just as precise and positive as the GT3’s, but they require less effort. It leaves us wondering why the GT3’s shifter and clutch pedal are so stiff.

If the 997S gets the nod on power we’ll call braking a wash, though we might feel differently had this 997 GT3 had Porsche’s optional ceramic-composite PCCB brakes. 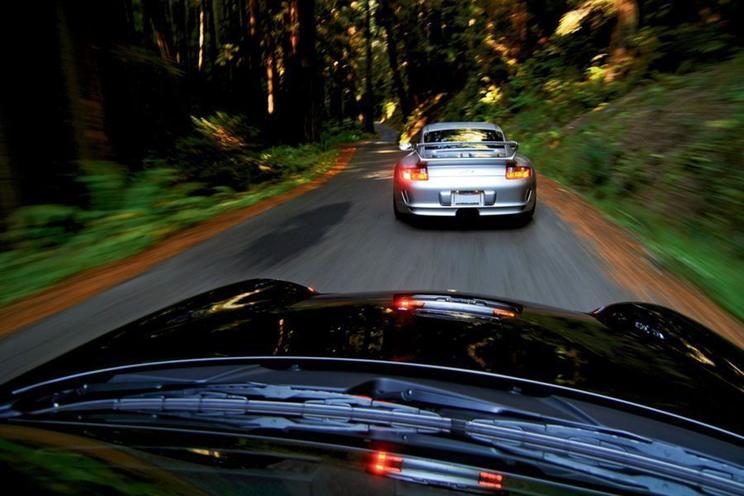 Damping, however, is an area where high tech hasn’t helped the GT3. We’ve been critical of its electronically variable PASM dampers since day one, and the black car’s expertly tuned Motons remind us why. Despite PASM’s electronic trickery and marketing appeal, the Motons demonstrate the appeal of top-quality, old-tech dam­pers. Despite its stiffer, track-oriented setup, the 997S is still comfortable enough around town and is less jiggly than the GT3. It offers superior wheel control on rougher sections of our test loop, too — a critical point, because tires that follow the road surface better yield more traction and, with it, greater confidence.

We do prefer the 997S’s Toyo R888 tires to the GT3’s stock N-spec Pilot Sport Cups, but the bulk of the credit must go to the suspension system. There are a lot of GT3 bits in Jared’s chassis, but Synergy Racing’s alignment settings, spring rate choices, damper valving, and anti-roll bar settings are brilliant. The result is a car that requires more aptitude and attention from the driver than the GT3, but one that’s also sharper and more rewarding. Of course, Jared uses the car only for fast back-road fun and track days, affording a level of focus in its setup that no manufacturer can build into a series-production car.

Still, there’s a oneness to the GT3 that simply isn’t present in the modified 997S. From its still-refined interior to its near-perfect match of power to braking to grip, it’s a more complete, more cohesive package. As Chapman puts it, “The 997S feels more like a tool of the driver while the GT3 feels more at one with the driver.” For that reason, he prefers the GT3.

For me, it’s a close call. The GT3 is the better car, but in the end, I’d rather be behind the wheel of Jared’s 997S. While I can’t say that I like its flat six more than the GT3’s, its chassis and total experience shine more brightly. Its sometimes hairy, always alive nature will make a believer out of the purest of air-cooled purists. In the best sense, this is a fast, furious 911.

Of course, the 997S isn’t a logical pick. The GT3 is a factory car with a factory warranty — an especially appealing concept once things like superchargers are strapped on. It offers far better value, too. Synergy says it would charge between $30,000 and $35,000 to set up a 997S like this one, minus the supercharger and exterior bits. Add to that the price of a used 997 and you’re quickly getting into used GT3 territory, without GT3 looks or power. Finally, a GT3 will hold its value far better than a modified Carrera S.

We suspect few enthusiasts will cross-shop these Porsches. There are, however, existing 997 owners who may not want to deal with the secondary market in these tough economic times but may, like many 911 drivers before them, want a little more from the car they already have. For them, this “911S” ably demonstrates that hard-core brilliance can still be added after the fact — just as it could in the days of the first Porsche to wear that moniker. 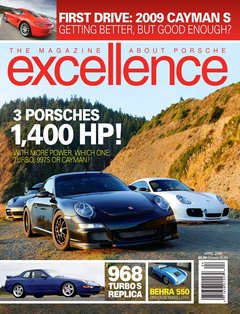