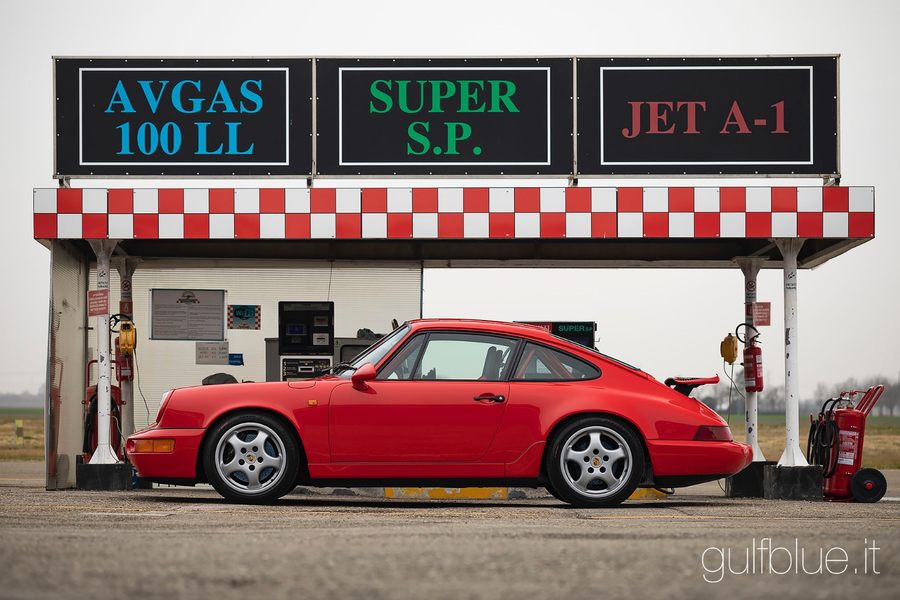 Porsche 911 Carrera RS (964), MY92, Guards red with black-grey interior, delivered to Porsche Italia the 16th January 1992; it remained for 1 year into the Porsche showroom of Florence before being sold to the first private owner who installed the Matter bolted roll-cage, in order to attend some Formula Club events by Porsche Cub Italia.

It was used for some Club trackdays by Porsche Club Italia then, at the end of the 90s it was converted to attend the race of the Supersprint Trophy (by Porsche Club): in 2002 it raced its most interesting season fighting till the last race against a fast 993 Carrera RS. After the first races, the car was fully wrapped and in never had any crash.
​
The car was then re-converted for road use and it ran for 55.000 kms, maintained by Rennsport, the same workshop who took care of this RS during the races.
​
Body, interior and mechanical overhauled, first equipment matching engine. ASI certificate, Porsche document and press review of the races done.
​
The car could be seen by appointment in Bologna. Further details on www.gulfblue.it