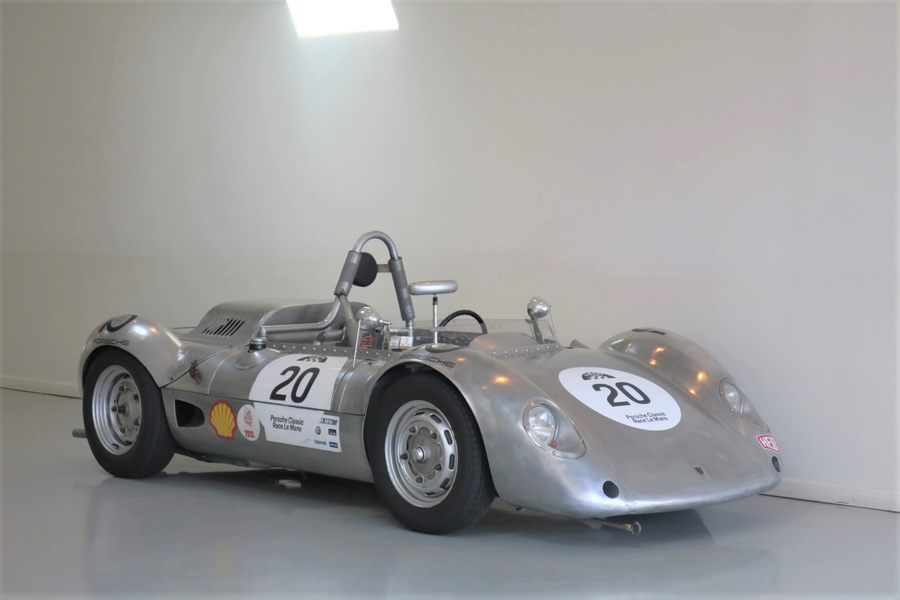 Built by talented fabricator Bob Webb whose company, Durlite, was based in Indianapolis, Indiana. Financed by Porsche 550A Spyder owner Bob Staples. Staples had been racing a Porsche 550A successfully. He financed the build of a chassis and body by Bob Webb’s Durlite company in Indianapolis. All of the mechanics were from a Porsche 4 Cam 550A. 547/1 4 Cam engine, Porsche 5-speed transmission, suspension, brakes, steering rack, wheels, etc. Bob Webb was also famous as a talented fabricator and car builder on the Indy car scene. Webb’s Durlite company built the body for Roger Penske’s Zerex Special Cooper.

The Durlite Mark II was raced at the road America 500, the Nassau speed weeks, the June Sprints at Road America, Stoutfield in Indianapolis, and various other SCCA races from 1959 to 1963. Driven by Bob Staples, Chuck Richert, and other drivers. Discovered in tact in Illinois in the late 1980s. It passed through a few owners until going to Germany where it was fully restored by an expert group of specialists. It was then, raced in many of the prestigious historic events. The Goodwood Revival, Le Mans Classic, and the Monterey Motorsports Reunion. Plus many others. Call Grand Prix Classics: 858-459-3500 info@grandprixclassics.com www.grandprixclassics.com