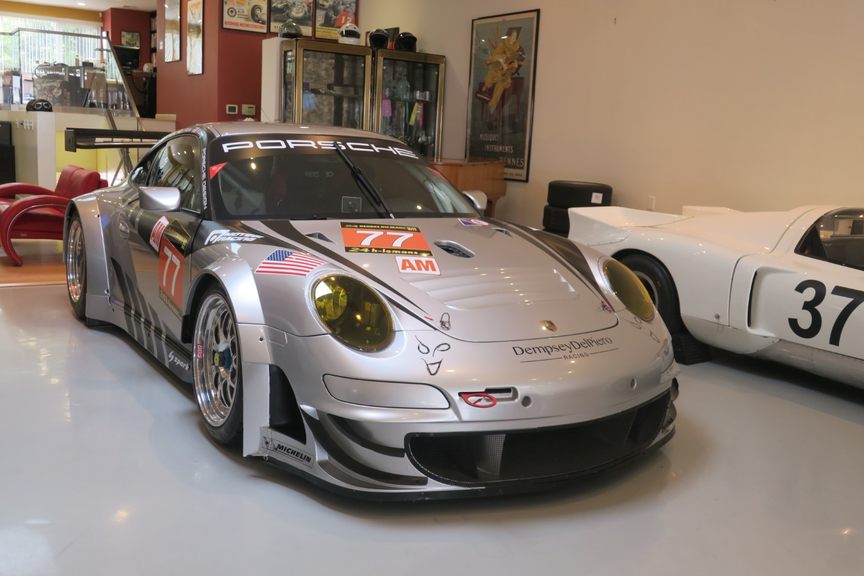 One of two 2011 997 GT3 RSRs produced by Porsche, originally raced by the Proton Racing team based in Germany and managed by Christian Ried in the European Le Mans Series (ELMS) and World Endurance Championship (WEC) from 2011 to 2014.

Proton is one of the premier Porsche Motorsport supported teams in Europe. Some of the racing highlights were a three-time 24 Hours of Le Mans entrant where it finished 4th in class twice.
In 2013, it is the car raced by driver/actor Patrick Dempsey at the 24 Hours of Le Mans. Dempsey co-drove along with Porsche Factory driver, Patrick Long and Joe Foster. After consistently running in 2nd place, the Dempsey Racing-Proton Team finished a respectable 4th in class in the GTE/AM Class.